William C. Richardson, a creative leader and gifted manager who served as the 11th president of the Johns Hopkins University from 1990-1995 and helped strengthen and stabilize the university's financial future during a time of significant strain, died recently. He was 81. 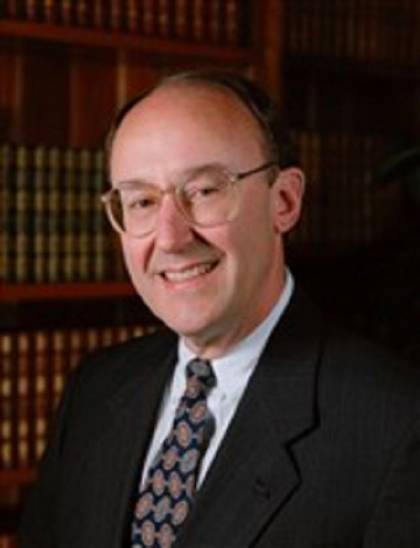 Richardson made a lasting mark on Johns Hopkins academics through curricular reform and increased interdisciplinary and cross-divisional cooperation and made diversifying the student body a central focus of his presidency. During his tenure, enrollment of Black and Hispanic students doubled, while enrollment overall grew from roughly 13,200 in 1990 to a record 16,330 in his final year as president.

Richardson was also a prodigious fundraiser. A nationally recognized expert in health care finance and policy, he brought his expertise and advocacy to protecting the university's federal research funding at a time when it was under threat. He marshaled the support necessary to preserve the Peabody Institute, which was under substantial financial strain, and spearheaded an expansion of the Arts & Sciences endowment—thanks in large part what was then one of the largest gifts in the history of U.S. higher education from Zanvyl Krieger, for whom the school is now named. In 1994, Richardson led the university to its first budget surplus in many years.

Richardson is perhaps most remembered for his personal approach to leading the university. He made it a point to forge deep and personal connections with colleagues, faculty, and students, whom he would get to know over backyard barbeques at his home.

"Bill's great strength was his very engaging manner," Morris W. Offit, who was chair of the board of trustees during Richardson's tenure and was instrumental in recruiting him to Hopkins, recalled this week. "He knew where he wanted to go, and he had a great sixth sense for including people and making them participants in the decision-making."

Richardson's vision for the university is one that has stood the test of time. He was the one to announce to the university community the creation of Johns Hopkins' first webpage (complete with instructions on how to dial in by modem), and many of the priorities that animated his tenure are ones that resonate to this day. He saw the potential of biotechnology and envisioned the Johns Hopkins schools of Medicine and Engineering as leaders in the burgeoning field.

"If in 10 years from now, people can look at this university and say it is one of a handful of major universities on the world scene," Richardson told the The Baltimore Sun more than 30 years ago in an interview conducted at the beginning of his tenure, "if we can take advantage of all the riches of learning here and if we are able to work across divisional lines, then I would be satisfied."

Beyond his careful stewardship of Johns Hopkins' academic experience and reputation, Richardson was also personally influential in local and national politics. He was keenly aware of the institution's founding commitment to Baltimore and its role as an anchor institution in the city, immersing himself in the local civic and business community and advocating for policies to support and sustain the city. He was also instrumental in convening a panel of university presidents who regularly testified before congressional committees in support of retaining full federal funding for the costs associated with scientific and medical research. He was appointed by former Maryland Gov. William Donald Schaefer to chair the Health Care Access and Cost Commission, which was charged with expanding health insurance coverage and containing medical costs.

Richardson received a bachelor's degree in history from Trinity College in 1962 and went on to earn an MBA in 1964 and a PhD in 1971 from the University of Chicago Graduate School of Business. He joined Johns Hopkins after a term as executive vice president and provost at Pennsylvania State University and, prior to that, as graduate dean and vice provost for research at the University of Washington.

Richardson went on to lead the W.K. Kellogg Foundation, then the nation's second largest philanthropic foundation, which focused its giving on health, community development and, of course, education—areas Richardson described as very close to his heart. He was named director on the boards of the Kellogg Company, the Bank of New York, the Exelon Corporation, CSX Corporation, and Mercantile Bankshares.

In 1995, he was awarded an honorary degree from Johns Hopkins, the university's highest recognition.

Flags will be lowered to half-mast this week across the university's campuses in honor or Richardson and his role in shaping the institution for the better.