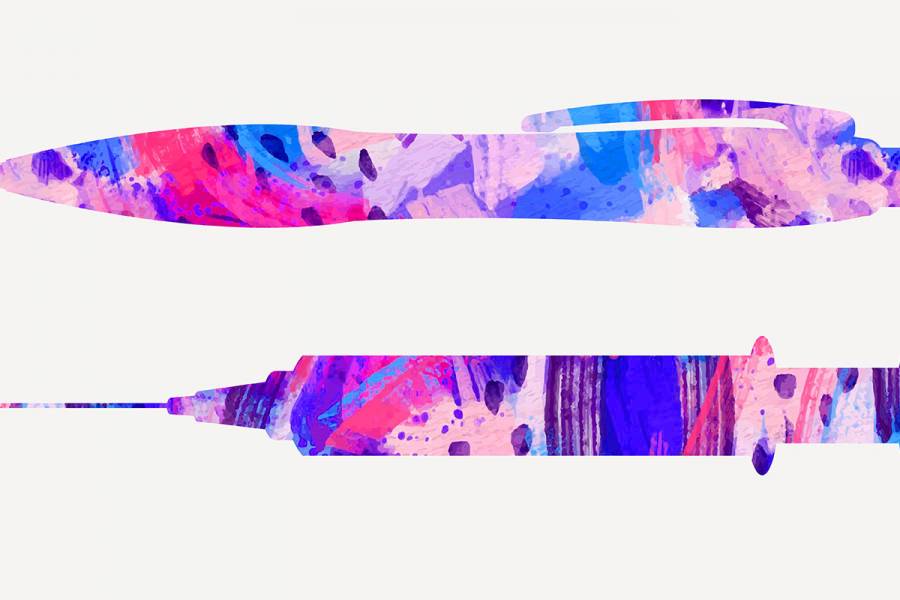 Holding up a mirror to a life in medicine 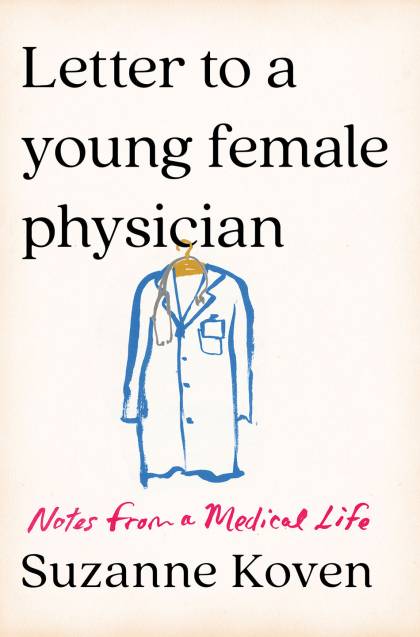 "On the one hand, it instilled in me a very deep sense of pride and belonging to this rich heritage," she says in a Zoom interview conducted against a backdrop of diplomas and awards plaques for both writing and medicine. "But, on the other hand, I didn't stop to consider that the heritage was almost entirely male."

Johns Hopkins medical interns called themselves the "Osler Marines," she writes in her literary debut out this month. Stoicism was so ingrained in the culture that when Koven became pregnant, she declined to request relief from the exhausting schedule. "I was so determined to just belong and get through it," she says. "I paid a price." She ended up with dangerously high blood pressure that required bed rest for the final weeks of her pregnancy.

Now a primary care physician, a faculty member at Harvard Medical School, and the inaugural writer-in-residence at Massachusetts General Hospital, Koven, 64, reflects candidly on that experience and other challenges, both personal and professional, in Letter to a Young Female Physician: Notes from a Medical Life (W.W. Norton & Co.).

The collection of essays explores Koven's values and work as a physician, including the importance of empathy, the role of storytelling, and the efficiency pressures of modern medicine. It also touches on her obsession with her weight, her son's epilepsy, the pain of her mother's decline, and her midlife resort to psychotherapy.

The book is, at times, unflinching in its candor. After some initial apprehension about self-revelation, Koven says she realized that "personal writing is more of a mirror than a window" and "readers related to my personal stories rather than judging me for them."

The daughter of an orthopedic surgeon and a lawyer, Koven majored in English at Yale and planned on becoming a journalist. But after a disappointing trade magazine job, she completed the required premedical curriculum at Hopkins. She describes the day she became a doctor as the happiest of her life. Only in middle age did she return to her earlier interests, earning a master's in literature and creative writing from the Harvard Extension School and an MFA in nonfiction from the Bennington Writing Seminars.

"I wish I could say there was an intelligent design at work," she says of her circuitous career path. "It was just a feeling of not having gotten it quite right. As the years went by, I was confident enough to be more honest with myself about what I really wanted to do. I was a late bloomer as a doctor. I was a late bloomer as a writer. I think the lesson is that you can keep evolving and changing."

Letter to a Young Female Physician takes its title from an article Koven published in The New England Journal of Medicine in May 2017. She highlighted the obstacles, both internal and external, faced by women in medicine, from imposter syndrome to lower pay and other forms of gender discrimination. The piece, which she says went "as viral as a narrative piece in a medical journal would," drew the interest of a vice president and executive editor at Norton, Jill Bialosky, who wanted to buy an essay collection from her.

But Koven was at work on a memoir about her mother, whose heart disease she and other physicians had at first failed to diagnose. "How much more of an imposter could I be than to fail my own mother in that way?" she says. When the memoir didn't coalesce, she accepted the Norton offer and transformed her mother's story into the book's emotional core.

One of Koven's key themes is identity, including her own as a physician-writer. Her models include poet William Carlos Williams, essayist and short story writer Richard Selzer, New Yorker writer Atul Gawande, and Oliver Sacks, the neurologist known for his quirky case studies. She also admires a recent addition to the canon, Rana Awdish's *In Shock: My Journey from Death to Recovery and the Redemptive Power of Hope* (St. Martin's Press, 2017).

"There's a tradition of the physician-writer because storytelling is so fundamental to medicine," Koven says. "It's basically what we do: We take patient stories, and we interpret them, and we tell them to other clinicians."

Closer to being fully myself: On Suzanne Koven’s “Letter to a Young Female Physician”

A writer taps the power of narrative at a Massachusetts hospital

As writer-in-residence at Mass General, a role she herself designed, Koven runs a monthly "Lit Med" program in which a cross section of hospital employees—nurses, doctors, administrators, and other health care workers—discuss literature from Shakespeare to the South African novelist J.M. Coetzee. She also coaches writing and mounts literary events. "I always tell people it is the coolest gig on the planet," she says.

In recent years, Koven has curtailed her clinical practice to concentrate on writing and teaching. So, about a year ago, when she got an email soliciting volunteers for a COVID-19 clinic, she quickly deleted it. Then she reconsidered, as she recounts in the essay "They Call Us and We Go."

"At my age, I didn't really want to take on new responsibility. I certainly didn't want to get sick," she says. But, once again, it came down to identity. "I just felt like if I didn't volunteer, I wouldn't be who I am," Koven says. "And who I am is a doctor."