As he was preparing to return to the Hopkins campus for the spring semester, junior Christopher Crespo worried about his ability to find internship opportunities this summer. An international studies and economics major, he had concerns about how his skills in the classroom would translate to the real world.

"I needed guidance," he said; he kept repeating one question. "What skills are employers actually looking for?"

To prepare himself, Crespo turned to a new Johns Hopkins resource, OneHop, in order to connect with alumni who might be able to help. There he met Samantha Flick, Associate Manager of Global Public Policy and Government Affairs at PepsiCo, who shepherded him through the often-confusing process of finding the right role for his skills. 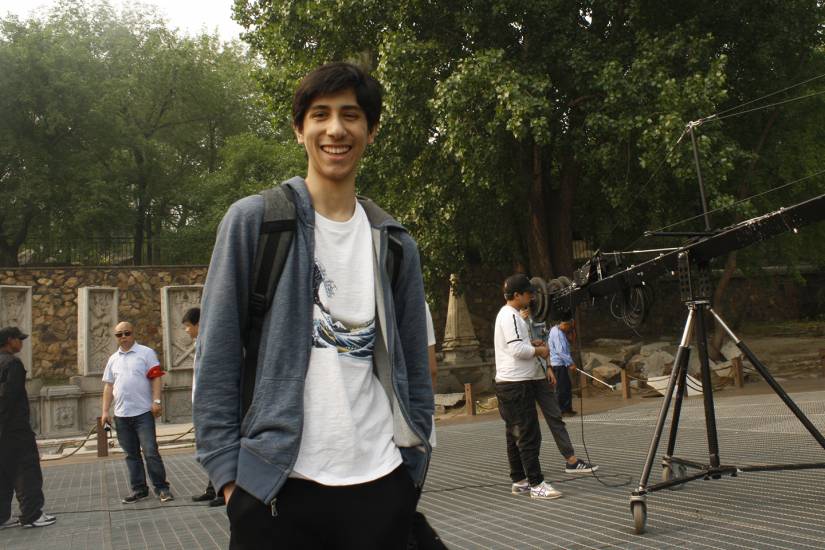 OneHop is a new portal that connects Hopkins students with alumni through a robust directory system, discussion boards, mentorship opportunities, and more.

Farouk Dey, Vice Provost for Integrative Learning and Life Design has worked with teams and partners to integrate mentoring into the student experience. "We already know the transformative impact that mentoring can have on a student's life, but we also know that too many students lack the connections or navigational skills to establish powerful mentoring relationships on their own. Our job is to make mentoring common and widely accessible to all students and alumni at Johns Hopkins, regardless of background or social capital" Dey says. 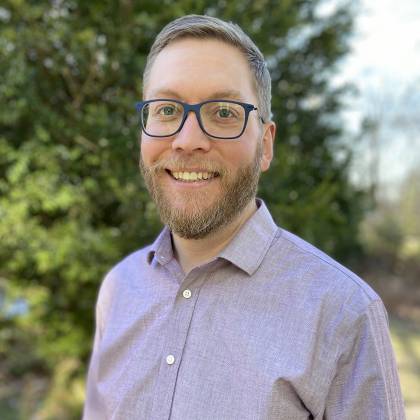 Casey Miller, director of Hopkins Connect—a shared initiative between Integrative Learning and Life Design and the Office of Alumni Relations—which seeks to grow a culture of equitable access to mentoring and professional relationships at the university—says OneHop is a resource designed to help students and alumni make their first networking connections in a safe, comfortable setting.

The portal is divided for students and alumni. The Alumni section features tools to set the number of available monthly meetings with students, group channels for alumni of similar industries or interests, and a discussion board where students and alumni can discuss industry news, frequently asked questions, or make early networking connections.

The Mentoring section is the student-driven half of the OneHop system. Students sign up, fill out their profile, and the system recommends alumni for what Miller calls "flash mentoring." These flash mentorship sessions are less involved than the traditional mentor relationship, and can be as limited as a handful of 30-minute conversations. It was through this mentorship program that Crespo connected with Flick.

"We were only supposed to talk for a half-hour, but we went on for about an hour," Crespo said. "She gave me a lot of insight into what paths there might be for me that I hadn't been considering, as well as helping me understand some of the subtler choices you have to guide your career in global affairs."

Image caption: How to set up your OneHop profile to start reaching out to potential mentors.

After their talk, Crespo said Flick began sending over internship opportunities that she thought might interest him. After getting his first interview, Crespo said he immediately reached out to see what advice she had on impressing a hiring manager.

This summer, Crespo will intern with the US-ASEAN Business Council, researching business opportunities and industries in Southeast Asia. He said his work with his mentor was invaluable in preparing him for the job. He said one day, he'd be open to participating in the mentor relationship from the other side.

"There's got to be a level of pride to being able to provide someone the advice you wish you had been given when you were in their place," Crespo said. "College students have to juggle a lot of ideas, and it's hard to tell someone what's important and what's not. It's great to talk to someone who has some answers for you."

For alumni Ellis McCue, CEO at Territory Foods, it was exactly that dynamic that led her to want to mentor the next generation of Hopkins graduates. She said when she graduated in 2008, alumni networking tools were difficult to navigate, and didn't offer much guidance for a student eager to enter the world of business.

"We already know the transformative impact that mentoring can have on a student's life, but we also know that too many students lack the connections or navigational skills to establish powerful mentoring relationships on their own."
Farouk Dey
Vice Provost for [Integrative Learning and Life Design

"As soon as I saw the information about OneHop come out, I was like 'this is amazing. They've finally done it and made the investment to build the connective tissue between undergraduates and graduates and help the legacy of Hopkins extend past the school time,'" McCue said.

McCue's OneHop experience has largely been confined to the Alumni section of the site. There, she posts content in the discussion board and connects with students. She said there's nothing more satisfying than getting a direct request from a student who is knowledgeable about her history and excited about the world of business. While more than happy to talk with anyone who reaches out, McCue recommends students do a little bit of background research about their alumni before sending that first email.

McCue said she feels a special kinship with the current batch of Hopkins seniors, who are graduating into an uncertain world.

"Everything they're going through reminds me of when I graduated right in the heart of the recession," McCue said. "I have friends and classmates that are still a few years behind in their professional careers because of that moment. It's enriching for me to be able to tell these students that there is reason to have hope, and while it's going to be a challenge, the crises they're facing aren't insurmountable." 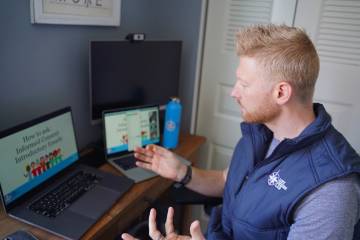 Published March 29, 2021
Students can apply for up to seven grants to support immersive summer experiences such as internships and projects