Alaleh Azhir, who graduated from Johns Hopkins in 2019 with a perfect GPA, is researching ways of improving health care delivery for women 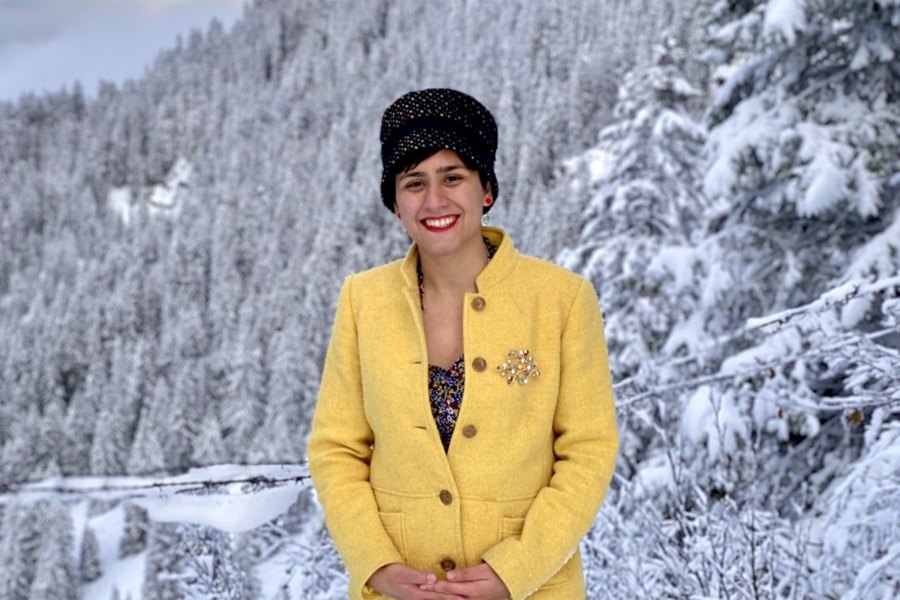 When one meets Alaleh Azhir, a Rhodes Scholar and Goldwater Scholar who graduated from Hopkins in 2019 with a perfect GPA, the word "rebel" may not immediately spring to mind. But Azhir's refusal to accept the barriers imposed on her has played a critical role in her path to success—and she wears the mantle of rebel proudly.

Now, Azhir is a recipient of the Paul and Daisy Soros Fellowship for New Americans, a $90,000 merit-based fellowship toward graduate education for immigrants and the children of immigrants. Azhir is one of just 30 winners selected from a pool of over 2,400 applicants. A current medical student at the Harvard-MIT Health Sciences and Technology program, she will continue to use her resources and education to develop computational tools that will improve preventative medical care for women. 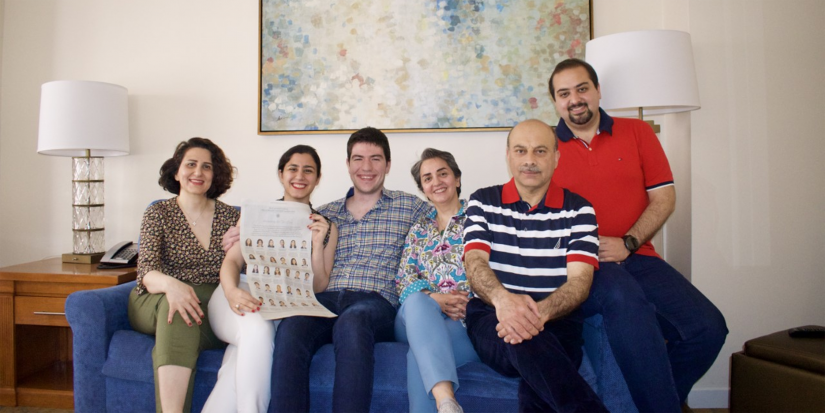 Azhir learned at an early age not to be content with the roles society had prescribed for her. Moving to the United States from Iran as a teenager, she recalls how teachers mistook her difficulty with English as a lack of foundational knowledge, which made her even more determined to succeed. Enrolling in five additional online courses, she became an AP student and the captain of the math team within a year. As a triple major in biomedical engineering, computer science, and applied mathematics and statistics at Johns Hopkins, she graduated with a 4.0, earning an A+ in more than 30 courses.

"I think I always to some extent remained rebellious and determined to prove people wrong," Azhir wrote in a message to the Hub. "Countless times, I was told that I can't triple major or take seven AP classes in a year or take 24 credits in a semester, but I did them anyway... I do enjoy learning very much."

At Harvard and MIT, Azhir continues to question the systems in place around her through research that aims to improve care for women from a chromosomal perspective: "Medicine currently takes very much of a unisex approach to many diseases that present differently with different frequencies in men versus women, such as heart attacks," Azhir writes. "My goal through my research is to criticize this view and delve deeper into the effects of the sex chromosomes and separate those effects from those of the sex hormones."

Azhir's desire to uplift women extends beyond her research. In recent years, she founded Frappa, a non-profit aimed at supporting Iranian women applying to graduate programs in North America. Beyond her academic career at Johns Hopkins, Oxford University, and Harvard/MIT, she has persistently given back to her community through volunteering at hospitals, mentoring young students, and running community arts programs. Creativity remains an outlet in her own life, as well; she cites fashion and dance as an early means of her freedom of expression, and to this day she still paints and incorporates this passion when presenting her research.

"It's very much a therapy for me," she writes. "I try to paint with numbers through creating interactive graphs in my research, so I think colors have always provided a creative outlet for me."

From creative expression to questioning the status quo of what care can look like for women, Alaleh Azhir continues to inspire: "What motivates me is following my passion and seeing where that takes me." 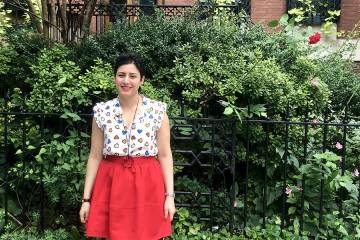 Published Nov 19, 2018
She is one of 32 American students to win the prestigious international award