Bridging faith and science to combat the overdose crisis

National leaders including President Bill Clinton and Bishop Vashti McKenzie discuss the promise of a collaborative relationship to reduce stigma about addiction, educate about prevention, treatment, and long-term recovery

Throughout the COVID-19 pandemic, faith leaders and public health officials have come together to reach communities most at risk. Faith leaders became credible sources for COVID-19 information, and places of worship became trusted access points for testing and vaccinations. This partnership of faith and science offers opportunities for addressing another public health emergency: the opioid epidemic.

The CDC estimates that nearly 841,000 Americans have died from drug overdoses since 1999. The COVID-19 pandemic has only inflamed the crisis: 88,000 people died from overdoses between August 2019 and August 2020 alone.

Image caption: President Bill Clinton convened leaders from across the faith and public health communities to take action on the overdose crisis in 2021 and beyond.

Like COVID-19, the urgency of the opioid crisis must be met with creative, cross-sector solutions. To that end, the Clinton Foundation, the Johns Hopkins Bloomberg School of Public Health, and the Centre for Responsible Leadership are partnering to convene national leaders from science and faith for quarterly discussions about how to work collaboratively to reduce the stigma surrounding addiction; educate about prevention, treatment, and long-term recovery; and advance policies and programs that save lives and help people move to recovery.

President Bill Clinton and the Clinton Foundation kicked off the series May 4 with a virtual discussion exploring the promise of a relationship between science and faith. The conversation featured Bishop Vashti McKenzie, the 17th bishop of the African Methodist Episcopal Church, and David Satcher, the 16th surgeon general of the United States. The conversation was moderated by Sanjay Gupta, CNN's chief medical correspondent.

In recorded opening remarks, Clinton noted that a life is lost to opioids every six minutes. Faith leaders are uniquely positioned to help destigmatize substance use disorder and connect congregants with care, he said, adding that faith and science share a common goal: "We want our friends, family, and neighbors to stop dying of a treatable disease," he said.

He continued: "Too often, we hear of faith and science as separate realms that can never intersect, or, at worse, are at odds. But both faith and science illuminate what it means to be human and can help us see a little more clearly."

In live opening remarks, Dean Ellen J. MacKenzie committed to providing a space for ambassadors in science and faith to gather. "Working together, shoulder to shoulder, [we can harness] the tremendous power of our institutions, our communities, and ourselves, including the power of faith."

H.E. Mohammad bin Abdulkarim Al-Issa, chairman of the Centre for Responsible Leadership, followed with recorded remarks extolling the connection between faith and medicine.

"In Islam, we believe there is no society without the individual and no individual without society…We cannot see drug abuse as only an individual failure; it is a societal failure too. Only by working across society can we rebuild the lives of the individual and advance a more merciful and tolerant society."

During the live conversation, Satcher and Bishop McKenzie talked through the intersection of faith and science.

Noting the historical distrust of health care among Black and brown communities, McKenzie pointed out the potential for the faith community to be a trusted resource. They can help people understand that "science [is the] hinge on the door of which health and wellness swings," she said.

The faith community can also forge relationships with science and health care leaders, McKenzie said. Faith leaders are often the first place people turn for help, so they need to know when to refer congregants to a mental health professional. They must also help to dispel mistrust and stigma around seeking treatment.

"We see people at their worst and at their best; we celebrate victories and cry over defeats," McKenzie said. "We need to be on the same team and working together instead of being put in our individual silos."

"We're sitting on the sidelines as things are going on around us in our communities. [We have to] become involved in making communities safer and stronger as we try to live together as people."
David Satcher
Former U.S. Surgeon General

Satcher emphasized the scientific community's responsibility to educate within the system—in this case, to ensure that the scope of substance use and mental health issues within the Black community is well understood.

The stigma surrounding mental health and substance use issues in the Black community is compounded by generations of structural racism and violence, Satcher explained. As an example, he cited longstanding disparities between the Black and white communities in drug law enforcement—resulting in mass incarceration of Black people.

"We used to say 'the largest mental institution in the country is the L.A. County jail,'" Satcher said. "So many were there for punishment when they needed treatment."

The scientific community, including health care providers, must be cognizant of these biases and disparities in treatment, Gupta said. He cited President Joe Biden's recent loosening of regulations on prescribing buprenorphine, a drug that can be taken at home and, when coupled with cognitive behavioral therapy, is a "gold standard" of drug treatment. But Black people are far more likely to be prescribed methadone, which can only be administered only at a clinic and has a shaky record of success.

The scientific community must acknowledge this pervasive bias, Gupta said. "We can't do away with it overnight, but we have to address the fact that this is harmful."

In closing, McKenzie and Satcher offered action items for working collaboratively to address the opioid epidemic.

"Invite us to the table," McKenzie said. "Decisions and policies are made without a diverse population at the table. Help decrease criminalization and politicization so [we] can elevate solution-based health issues."

Satcher agreed that more ongoing communication is needed and that bringing together leaders in faith and science is a start.

"We're sitting on the sidelines as things are going on around us in our communities. [We have to] become involved in making communities safer and stronger as we try to live together as people."

Following the conversation in recorded remarks, Bawa Jain, founder of the Centre for Responsible Leadership, announced that the Centre has launched an Addiction and Overdose Crisis Action Center.

"[We have] a mandate and a road map, and we cannot be complacent," Jain said. 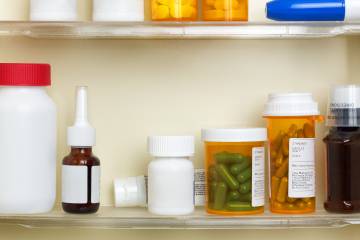