Jeanne-Marie Jackson, an associate professor and director of undergraduate studies in the English Department at Johns Hopkins University, is among 26 scholars to be named to the Andrew Carnegie Fellows class of 2021 by the Carnegie Corporation of New York.

The fellowship provides a $200,000 stipend to fund significant research and writing in the social sciences and humanities that addresses important and enduring issues confronting our society. With the award, Jackson will work on her third book, a literary biography of the Gold Coast statesman and writer J.E. Casely Hayford (1866–1930), as well as a teaching edition of his 1911 novel Ethiopia Unbound. 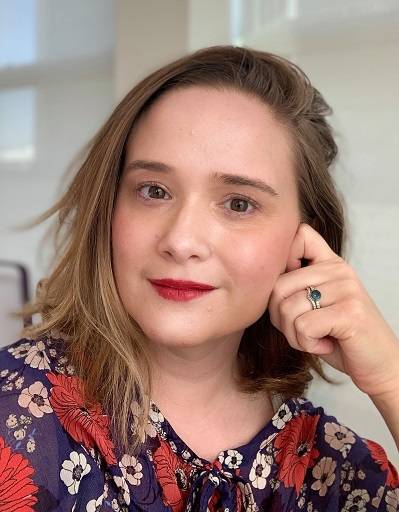 "It is deeply gratifying to see the vibrant and eclectic field of African literature recognized on this kind of national scale," said Jackson. "I have poured my heart and soul into expanding the African humanities' presence on the Johns Hopkins campus, and I am excited to imagine how this grant might further amplify those efforts among current and prospective students and colleagues."

While Hayford has often been remembered for his role in establishing early nationalist institutions, including the National Congress of British West Africa in 1920, less attention has been paid to his literary accomplishments.

Jackson's work addresses questions of comparative method, literature and philosophy, and interpretive scale, mainly in the framework of African literature and intellectual history. She is the author of two previous books, South African Literature's Russian Soul: Narrative Forms of Global Isolation (Bloomsbury 2015) and The African Novel of Ideas (Princeton 2021). In addition to her expertise in anglophone African writing, Jackson works across Russian, Afrikaans, Shona, and Anglo-Fante traditions. She joined Johns Hopkins in 2014.

"What I've tried to do in my own scholarship so far is to draw out the points of formal innovation that could only be contained in a novel," said Jackson. "What does the novel form do that a political treatise cannot do?"

Established in 2015 by the late Vartan Gregorian, the Andrew Carnegie Fellows program recognizes the promise of the proposed research, its potential impact on the field, and the scholar's capacity to communicate the findings to a broad audience. The 2021 fellows were selected by a distinguished panel of jurors comprised of scholars and academic and intellectual leaders from some of the nation's most prominent educational institutions, foundations, and scholarly societies.