Too good to be true: Reflections on a Down syndrome clinical trial

The abrupt discontinuation of a clinical trial of a potential Down syndrome therapy shocked parents and researchers, who saw the promise of the drug. What happened? 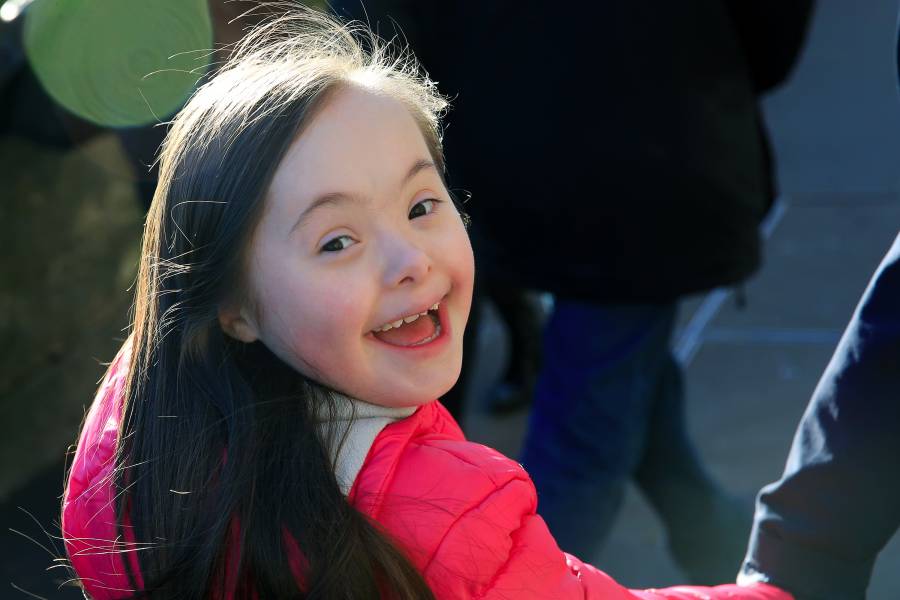 "What the heck. … I thought there were great results … I'm so confused," one parent wrote on Facebook.

"I'm equally confused. Of all the things I've ever given my son—THIS yielded measurable improvements in many different areas of development," another parent said.

"No question in my mind that they're using the wrong benchmarks to gauge efficacy."

On June 28, 2016, Roche Pharmaceuticals issued a statement announcing the discontinuation of a clinical trial in children with Down syndrome. Although a phase I study in adults with Down syndrome showed that the drug basmisanil was safe and had no major side effects, a phase II study in adolescents and adults found that the drug did not significantly improve cognitive performance or adaptive behavior, including practical skills like personal care and communication. When Roche opted to cancel an ongoing study of the drug in children with Down syndrome, parents of the 50 children enrolled in the trial were shocked. Some took to Facebook to vent their disbelief—how could Roche cancel the study when so many parents believed that the drug really worked?

The trial's failure rocked families, clinicians, and scientists alike. As Roche representative Xavier Liogier d'Ardhuy approached the podium at the Trisomy 21 Research Society conference in June of 2017, an anticipatory hush fell over the hundred or so researchers in attendance. There are currently no treatments for the cognitive deficits associated with Down syndrome, but the meeting's title, "Paving the Way for Therapy," affirmed the general optimism held by many in the audience.

"Thinking all people are the same, just because they have Down syndrome, is everyone's first mistake."
Parent of trial participant

Most of the research community had already heard that the trial was unsuccessful, but as scientists, they still wanted to see the data. The mood was sober. The audience held its breath as Liogier d'Ardhuy explained slide after slide, graph after graph: "No relevant changes from baseline across groups," he said in a flat voice.

It was an enormous disappointment for everyone involved. "I really thought we had it. After the phase I trial, I thought this is it," said Roger Reeves, former president of the Trisomy 21 Research Society and my research mentor here at the Johns Hopkins University School of Medicine. He has studied various aspects of Down syndrome for the last 25 years and is currently the principal investigator of the Down Syndrome Cognition Project.

The next day of the conference, a panel of parents described the treatment's benefits and their bewilderment when the trial was suddenly canceled. They were fierce advocates, articulate and intelligent, and nimbly handled the burdensome jargon of clinical trials.

"Participating in the trial was amazing. It was truly amazing. I actually cried a few times," said a parent whose 17-year-old daughter was enrolled in the adolescent trial. "One day we were driving home and the sunset was that typical southwestern color, and [my daughter] saw it and said, 'Look, Mom, that reminds me of Arizona!' I was like, 'Oh my gosh,' because she doesn't speak in full and complete sentences. She does associate things together, but not so beautifully. I almost had to stop the car."

So why the disconnect between parent experiences and the data collected by Roche?

One potential explanation is adaptation. The brain maintains a balance of active and inactive neurons, but some cognitive deficits in Down syndrome may be caused by too much inhibitory activity compared to excitatory activity. Basmisanil targets the inhibitory GABAergic system, a network of neurons responsible for inhibition, and could improve learning and memory by restoring the balance of these neurons. If adaptation occurs, a study participant could show improvement for a while, but as the brain becomes accustomed to the presence of the drug, it might revert to its original state.

"The number one rule for pharmaceutical companies and the FDA is to take a really conservative approach. Especially in this population, where this was the first real trial—if someone is hurt, it could also become the last real trial."
Roger Reeves
Professor of Physiology, Johns Hopkins School of Medicine

Another rationale is that some individuals responded to the treatment and some did not. The study wasn't designed to identify a subgroup of individuals that the drug does benefit, and many more participants would be needed to test this hypothesis. As it is, the adolescent and adult trials enrolled more than 150 individuals with Down syndrome, which makes this study the largest conducted to date in the field of intellectual disabilities.

The last reason, and a parent favorite, is that the trial chose the wrong outcome measures, or endpoints, to test efficacy. Measuring the effect of treatments in individuals with intellectual disabilities is extremely challenging, and the study included a set of cognitive tests, a caregiver interview, and a physician assessment. It's possible that parents noticed improvements in behaviors that were not adequately measured by the trial design.

Ultimately, Roche canceled the pediatric study because the adult and adolescent trials showed no significant improvement in cognition or adaptive behavior, and continuation of the pediatric trial could have raised false hopes in the Down syndrome community. And as Reeves pointed out, "The number one rule for pharmaceutical companies and the FDA is to take a really conservative approach. Especially in this population, where this was the first real trial—if someone is hurt, it could also become the last real trial."

The outcome of the trial is certainly bittersweet. Researchers and clinicians learned a great deal from individuals with Down syndrome and from their families, and it is incredible to see that a drug could work to improve cognitive function in some individuals with Down syndrome. According to Reeves, "GABAergic inhibition may still be the direction we need to go in. Whether it's a matter of adaptation, or maybe it isn't the right molecule or the right dose or the right dosing schedule. But testing that costs a lot of money, and the [monetary] return on this isn't going to be huge."

For the parents who witnessed improvement in their children, participating in the trial offered a glimpse of something that was too good to be true. "It was sad; it was sad watching it all slide away like Flowers for Algernon," said one parent. "I regret that I saw how great she could be."