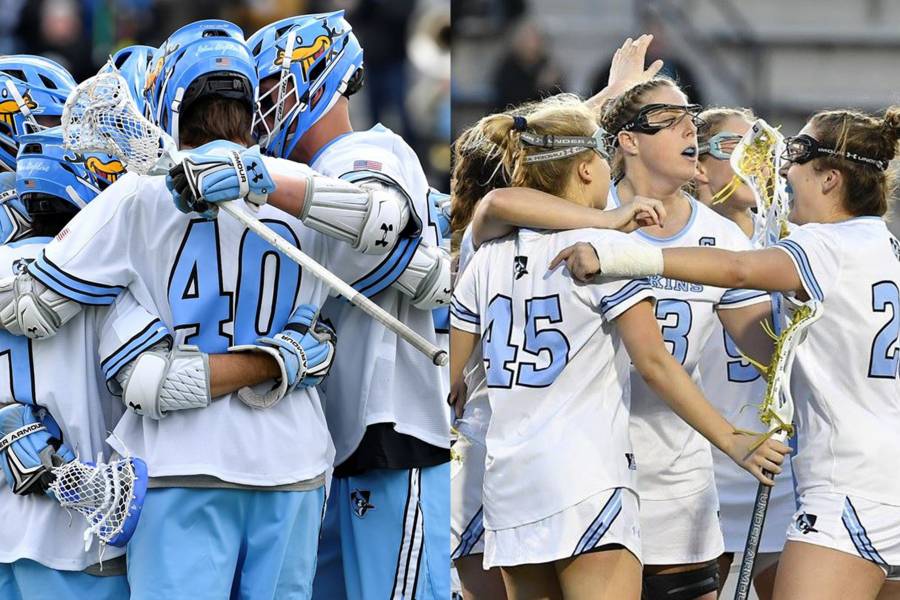 The Johns Hopkins men's and women's lacrosse teams have announced their spring schedules, as well as new safety precautions to protect athletes from contracting and spreading COVID-19.

To ensure the highest level of safety for all participants, each member of the Johns Hopkins men's and women's lacrosse teams will be tested extensively for COVID-19 throughout the season. In addition to the three university-mandated saliva tests that each undergraduate student is administered weekly, team members will also be subject to the Big Ten's daily antigen testing program. The antigen test is given each day before team members may practice and on game day prior to competition. This testing model will be in place throughout the 2021 season.

The Johns Hopkins men's lacrosse team returned to campus for the start of preseason practice Dec. 28, and the women's lacrosse team returned to campus Jan. 4. While working through a weeks-long progression that began with small-group work and has only recently evolved to full team practices, all members of the team and coaching staff were administered regular COVID-19 tests.

As non-conference games for the six Big Ten men's lacrosse teams and seven Big Ten women's lacrosse teams were not scheduled, each team the Blue Jays compete against will include only participants who are, at a minimum, testing daily per Big Ten protocols.

All individuals, including officials, with sideline access during the games will be required to wear a protective mask and officials will be utilizing electronic whistles during the 2021 season. To start the 2021 season, fans will not be permitted to attend lacrosse games at Homewood Field. In addition, no tailgating will be permitted at any location on the Homewood campus.

The remainder of the 2021 Big Ten men's lacrosse schedule will be announced at a later date.