As an after-school instructor for the Whiting School of Engineering's Center for Educational Outreach, Shaina Gregory's mission is to inspire Baltimore elementary school students in the fields of science, technology, engineering, and math, or STEM disciplines. During nonpandemic times, afternoons would find Gregory at schools such as Dr. Bernard Harris Jr. Elementary School, guiding youngsters taking part in activities offered by SABES Afterschool, a program from the Johns Hopkins STEM Achievement in Baltimore City Elementary Schools initiative that is aimed at strengthening STEM skills in early grades.

But then the pandemic came along, preventing Gregory and the host of Johns Hopkins students who volunteer with SABES from spending time in person with these young students. So Stephanie Buggs, a SABES coach who assists Gregory, came up with an idea: have Hopkins engineering students videotape themselves describing research they find exciting and fulfilling to inform and motivate the SABES students.

"We hoped that these 'Meet the Engineer' videos would continue to provide students with an engaging experience and opportunity to connect with experts that would inspire their thinking about STEM and ideas for student-driven projects," Buggs said.

A group of Department of Electrical and Computer Engineering students who had previously volunteered with SABES were enthusiastic about the idea.

"The main goal in creating these videos was to introduce myself to the kids, despite not being able to interact with them in person," said Arlene Chiu, an ECE graduate student. "It was also a chance to teach the kids about the engineering process, which is something they learn as a part of the SABES curriculum, and show them that the engineering process is actually used in real life."

The students created the videos themselves, with Chiu using her phone, a GoPro, and screen recordings from her iPad, as well as later using iMovie to do the final edits. Rong also used iMovie to edit his video but shot the whole thing on his Samsung phone.

The resulting videos are short and simple. Chiu's touched a little on the chemistry involved in her research but mostly focused on the process of designing experiments. Rong opted to focus his video on an interest outside of his actual research.

"I actually have not conducted research into drones, but they have been a hobby project for me, as well as an extracurricular activity as part of a team, so I had practical experience designing and building them," Rong said. "Mostly I just wanted something that was appealing, relevant to engineering, and something that wouldn't be so hard to understand that it would be discouraging. I covered the purposes of different drones for different applications—such as a hobby, search and rescue, or proof of concept—and related those to the problems that engineers work on in their day-to-day lives."

The SABES students recently watched the videos in their online after-school program conducted via Zoom, with Gregory sharing her screen. According to Gregory, the students thoroughly enjoyed the videos, and Chiu's submission in particular created a buzz among the program's female students, who were excited to see that the engineer in the video was a woman. To Erin Burk, who oversees SABES Afterschool as part of her duties as the Out-of-School-Time program manager for the Center for Educational Outreach, that enthusiasm is a "great example of how impactful mentors can be in this program."

Chiu, who is passionate about introducing the next generation of students to STEM, particularly young girls, found the experience very rewarding.

"It's important for engineers such as myself to inspire young students regardless of the global pandemic, but even more so now when the motivation to learn may be waning," Chiu said. "Being a woman in engineering, I hope to inspire the next generation of engineers, but I also want to encourage them to pursue their interests, even if that doesn't end up being in STEM. That is one of the great things about STEM: It's a great way to teach problem-solving skills that can be valuable to a variety of different areas." 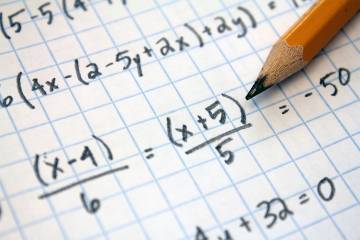 An equation for success

Published Aug 13, 2020
Backed by a $2.36M NSF grant, Hopkins experts are working with Baltimore City Public Schools on a program aimed at enhancing high school students' mastery of and confidence in algebra 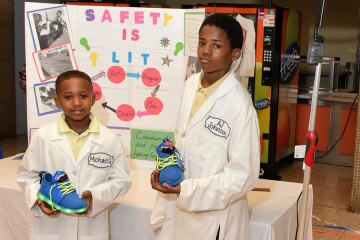