Johns Hopkins University is among several organizations providing financial support for a host of initiatives aimed at reducing violence in Baltimore, a coordinated effort that aligns with the university's ongoing support for community-based innovations and interventions to make the city safer.

The city's Group Violence Reduction Strategy is an evidence-based approach designed to help curtail violent crime, expand opportunities for high-risk and underserved populations, and build better relationships between police officers and the communities they serve. The effort was announced today by Baltimore Mayor Bernard C. "Jack" Young along with the Mayor's Office of Criminal Justice, the Baltimore Police Department, and the Office of the State's Attorney for Baltimore City.

"There is no single or simple solution to ensure the safety of Baltimore's communities. It will take coordination and commitment among those who care deeply about our city to adequately address the pernicious violence that weighs so heavily on so many of Baltimore's residents."
Ronald J. Daniels
President, Johns Hopkins University

City leaders described the effort as a direct response to public demand for a different kind of policing and a different way of ensuring public safety. The strategy requires strong collaboration between law enforcement, support and outreach providers, and community members.

"There is no single or simple solution to ensure the safety of Baltimore's communities. It will take coordination and commitment among those who care deeply about our city to adequately address the pernicious violence that weighs so heavily on so many of Baltimore's residents," Johns Hopkins University President Ronald J. Daniels said. "We believe that Johns Hopkins' sustained investments in public safety—through our support for Roca and Safe Streets and the community partnerships fostered by the JHU Innovation Fund for Community Safety, as well as in parallel efforts such as the city's well-informed deterrence strategy—will help lead to scalable solutions that make a real and immediate impact on people's lives."

This marks Baltimore's third attempt at implementing a Group Violence Reduction Strategy, with previous attempts in the late 1990s and again in the mid 2010s. The Baltimore Police Department, Mayor's Office of Criminal Justice, and State's Attorney's Office have worked together over the past year to glean lessons from previous attempts and develop a coordinated approach to deliver on the full promise of the strategy. This includes improving interagency coordination and partnering with a technical assistance and evaluation team led by Anthony Braga of Northeastern University, a renowned crime prevention expert and researcher.

As a first step, the Mayor's Office of Criminal Justice will attempt to address a critical gap in the city's support and outreach ecosystem for high-risk individuals age 25 and above, who account for an overwhelming share of gun violence victims. Up to $1,200,000 will be awarded via RFP to a social service support and outreach provider with a demonstrated capacity and commitment to work with this underserved population and reduce their likelihood of being involved with violence.

"By focusing this RFP on providing extensive supports to people over 25 years old," Young said, "we are strategically building on our existing investments in Roca and Safe Streets to ensure all individuals at the highest risk of involvement in violence have access to the resources and opportunities to not only stay safe and alive but also to thrive."

Johns Hopkins University is among the local groups—along with the Abell Foundation, the Baltimore Community Foundation, the Goldseker Foundation, the Annie E. Casey Foundation, and the Open Society Institute—that have pledged support to various aspects of the strategy, from the technical assistance to community mobilization.

"I would like to thank all of our funders for believing in this strategy's potential. This is exactly the kind of all-hands-on-deck approach that Baltimore needs and deserves," Baltimore Mayor-elect Brandon Scott said. "It is the first point in my crime plan for a reason. And under my administration, it will be Baltimore's leading strategy to reduce violence, promote justice, and address trauma." 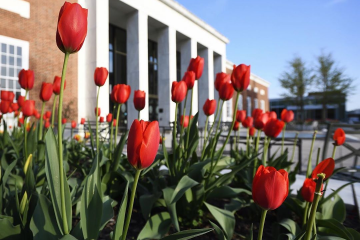 Published Sept 30, 2020
JHU Innovation Fund for Community Safety will support initiatives in Baltimore that address the root causes of violence