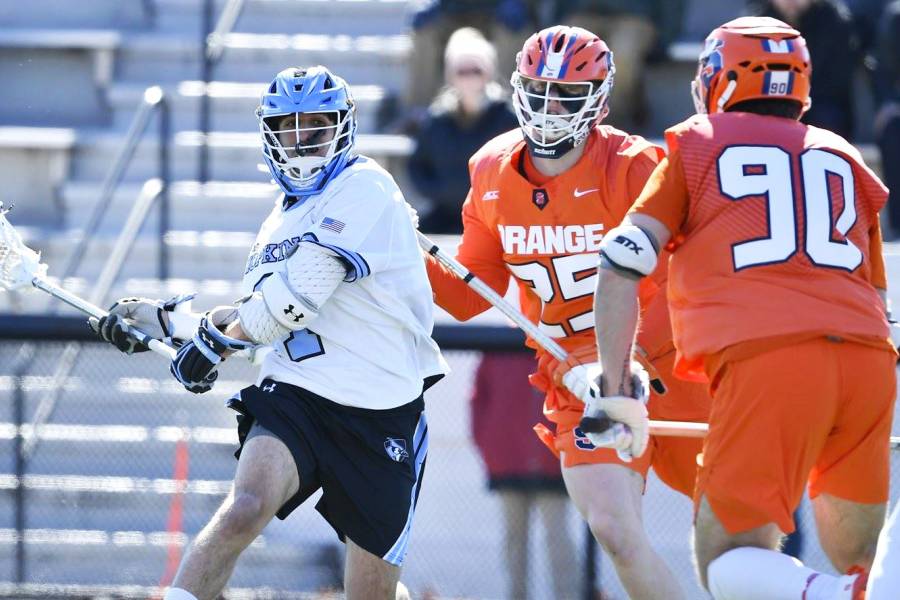 The top-ranked Syracuse men's lacrosse team used a six-goal first-quarter run to take control and never looked back in a 15-9 win against Johns Hopkins at Homewood Field on Saturday afternoon.

The loss was the fourth in a row for Hopkins, which fell to 1-4. The Orange improved to 5-0.

The Blue Jays evened the score at 1-1 in the first quarter on a goal by sophomore Garrett Degnon, his team-leading ninth goal of the season. But from there, Syracuse quickly turned the deadlock into a 7-1 lead, scoring six times in a span of 8:14. Hopkins got no closer than four goals the rest of the way.

Freshman Owen Murphy led the Blue Jays with three goals and one assist for a career-high four points, while Brett Baskin (two goals, one assist) added three points. Goalkeeper Ryan Darby came off the bench and made 13 saves over the final 50:16 in relief of senior Jacob Giacalone, who earned the first start of his career and exited after the Orange jumped to a 4-1 lead. Complete box score