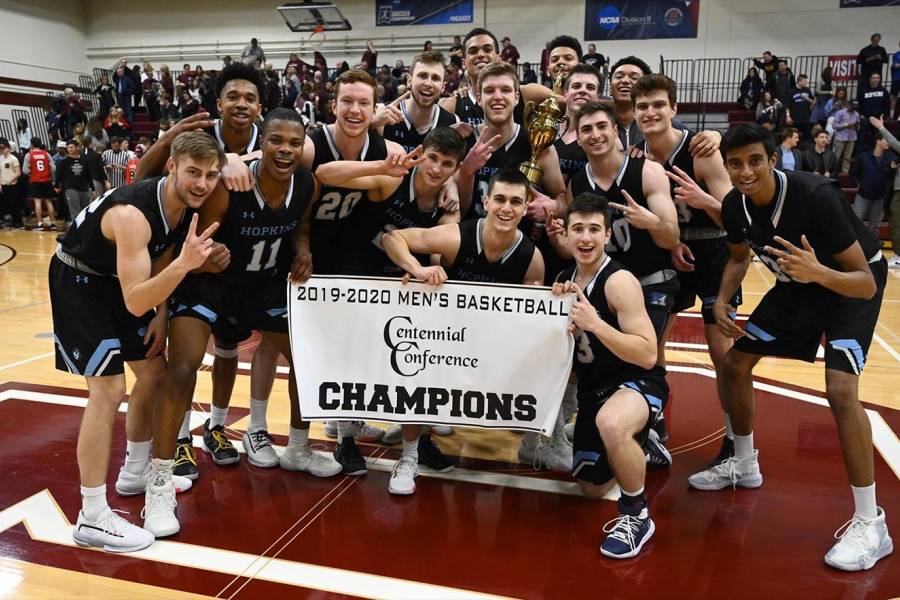 Delaney, who scored Hopkins' final eight points, took possession after the Blue Jays came up with a big defensive stop at the other end with just over 30 seconds remaining. He dribbled out all but the last few seconds at the top of the key before drifting to his right and releasing his game-winner under heavy defensive pressure to give the Blue Jays (24-3) their second conference title in the last three years.

The @_conner_delaney game-winner to give @JHU_Basketball the conference title and snap No. 1 Swarthmore's 25-game winning streak is even better with the Titanic music. #d3hoops pic.twitter.com/jNoU6p6Bbi

In a game with 12 ties and 12 lead changes, neither team led by more than five. The Garnet (26-1) missed two shots that would have put them ahead with less than a minute to play, and Hopkins corralled the rebound with 30 seconds to play, setting up Delaney's game-winning heroics.

Delaney finished with 32 points, matching a career high, and was named tournament MVP. The Blue Jays clinched the conference's automatic bid to the NCAA tournament and await the tournament pairings, which will be announced at 12:30 p.m. Monday.

JHU's 24 wins this season are one shy of the school single-season record.