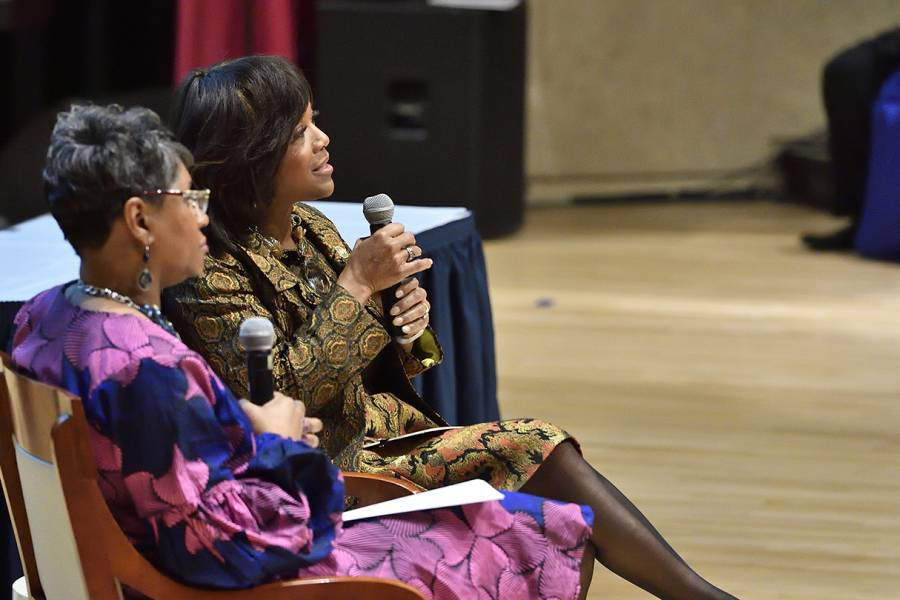 As president and dean of Morehouse School of Medicine in Atlanta, Valerie Montgomery Rice is concerned about the dwindling number of black students enrolled in medical schools.

"If we ask ourselves what it really means to have holistic admissions and to educate and train the professionals that the nation needs, we have to ask ourselves why is it that every other demographic is increasing [in medical school enrollment] except blacks?" Rice said, pointing to statistics that show a drop in enrollment among black men in particular since 1978.

It's a cause that compels her to act, she said. And in the case of admitting more black males into medical schools, she said the path forward is clear: Just do it.

"Figure out a way to find those thousand students who had MCAT scores that you find acceptable and accept them, and put the resources in place to make sure they feel included," she said. "And consider this: If our 153 medical schools [in the U.S.] each accepted just two more black males, we'd have more black males in the medical school classroom than we've had in the last 15 years. Sometimes you have to just do it."

Rice's keynote discussion was moderated by Sherita Hill Golden, vice president and chief diversity officer for Johns Hopkins Medicine. Both women are experts in health equity, and they discussed the role of empathy in ensuring adequate health care for those in need.

"Yes, it is challenging for us when we see someone in the emergency room for the sixth time because they didn't follow through with filling the prescription we gave them five times," Rice said. "But at some point, as a health care professional, you have to remove the letters behind your name and become a person, and say, why is it that this person keeps coming back? Why is it that they haven't gotten their prescription filled? And then, we have to leverage the resources of places like Johns Hopkins University to say, what can we do differently so we don't see that person a seventh time?"

She added: "For us as leaders, it matters what we do when we get in the seat [of power]."

In her closing remarks, Golden referenced a verse from the Bible that, regardless of a person's religion, she said captures the role individuals play in promoting equity and empathy: "Learn to do good; seek justice, correct oppression; bring justice to the fatherless, plead the widow's cause."

During the commemoration, nine recipients of the Martin Luther King Jr. Community Service Awards were recognized for their outstanding work assisting people in need. Golden was also presented with the Levi Watkins Jr. Ideals Award, which recognizes physicians at Johns Hopkins who have made outstanding contributions to the institution.

This year's commemoration theme challenged the audience to reflect on the passage of the Civil Rights Act in 1964 and the death of Martin Luther King Jr. in 1968 and ask, "More Than 50 Years Later—Where Do We Go From Here?" The theme, said commemoration host Robert Higgins, challenges those in the audience to consider the progress society has made since the 1960s.

"It allows us to focus and to continue to advance equality, particularly in the areas of race, ethnicity, sexual orientation, gender identity, and disability status," said Higgins, who is surgeon-in-chief of the Johns Hopkins Hospital and director of the Department of Surgery for the Johns Hopkins School of Medicine. "It also calls us to action, collaboratively, to create a more just and equitable community in the future." 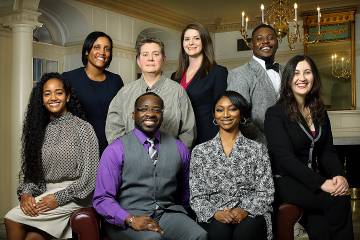 Published Jan 14, 2020
From mentoring students to helping women prevent homelessness, the winners of the Martin Luther King Jr. Award for Community Service support people in need in a variety of ways