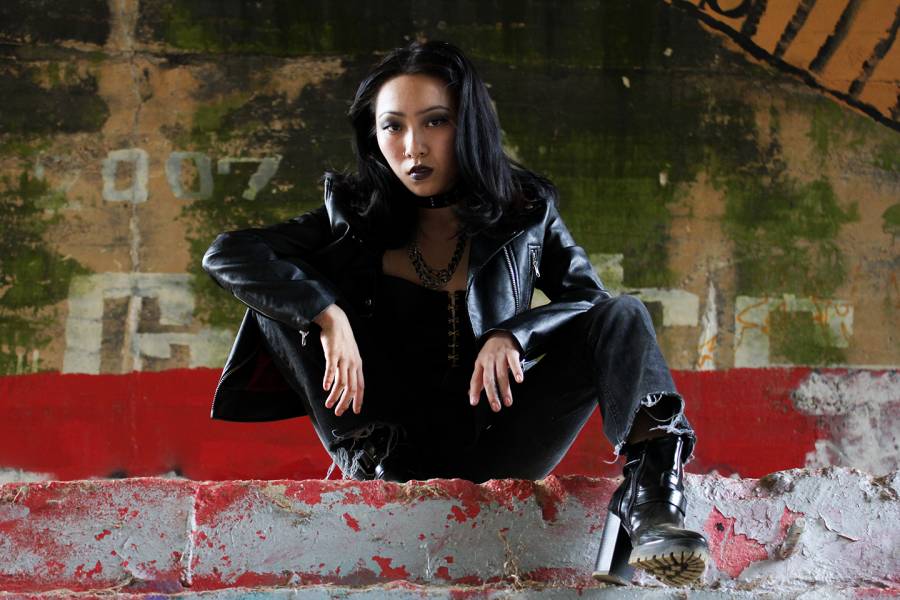 There's more to fashion than what's hanging in your closet.

That's the message spread by editor Saniya Ramchandani and the more than 100 Johns Hopkins students who have come together to create Marque—Johns Hopkins' first fashion magazine.

"Fashion is the intersection of culture and history and art and everything wonderful and unique about the world," says Ramchandani, a junior physics major.

On Friday, the team will release its first full-length issue, with 70 pages of features, photo shoots, essays, cultural histories, and more. More than 2,000 copies of the magazine will be distributed on university campuses and also be available in local shops. A celebratory launch party is planned Friday night in the Glass Pavilion.

The magazine is a passion project for junior Layla Al-Zubi, who founded Marque last year. Al-Zubi emigrated from Jordan to the U.S. as a child and soon found fashion was the one outlet she had to express herself that didn't require English skills. 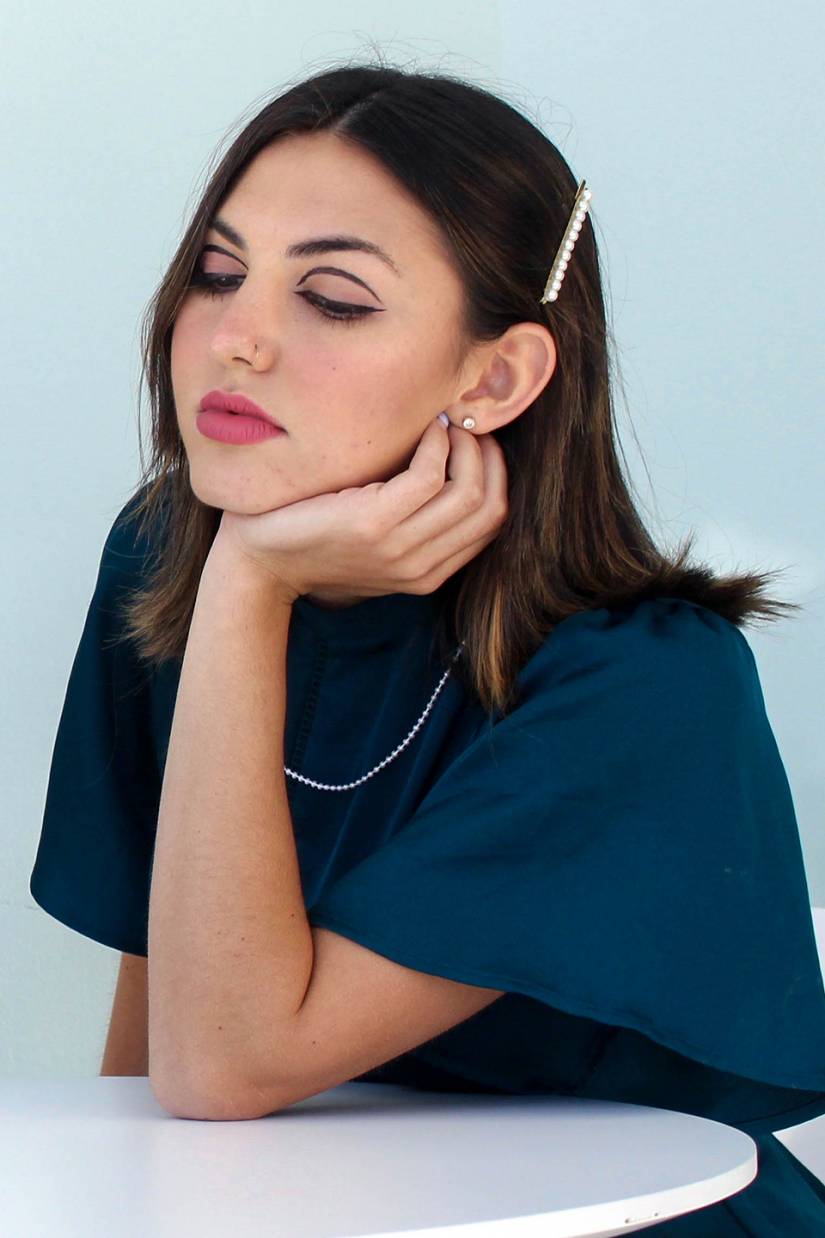 In middle school, she began sketching outfits, designing her own clothes, and diving into the world of high fashion. After trying out several student organizations at Hopkins during here first year on campus, she asked herself, "If there's a student newsletter, and a student newspaper, why couldn't there be a fashion magazine?"

After researching how to create her own student organization, Al-Zubi began recruiting students to serve on the Marque team. With grant help from Student Leadership and Involvement, they purchased a website and began to build the infrastructure needed to put out their first publication.

"Fashion is the intersection of culture and history and art and everything wonderful and unique about the world,"
Saniya Ramchandani
Marque editor

Last spring saw the release of the Marque lookbook—a trial run for the staff at producing a full-sized issue.

Over the summer, Al-Zubi handed the editorial reins to Ramchandani while still staying involved with the Marque team. Ramchandani manages the magazine's staff, guiding the 14 departments needed to publish a professional publication.

Marque might seem like an odd fit for Hopkins, with the school's reputation as a STEM-focused institution, Ramchandani says. But soon after applications to the magazine opened, the staff began fielding requests from students in nearly every discipline.

"Just because someone is a molecular and cellular biology major or a physics major or pre-med, it doesn't mean they don't have a side of them that cares about the cultural history of fashion," Ramchandani said. "Besides, it's something that everyone participates in, regardless of whether they want to. If you get dressed in the morning, you're a part of the fashion industry."

The magazine is only part of the impact Marque hopes to make on campus. The staff also hosts educational events detailing the history of various trends, offering sustainable fashion ideas and alternatives, and providing how-to clinics for students looking for advice on how to dress both professionally and fashionably for an interview.

Working in the university's undergraduate admissions office, Ramchandani said she hears prospective students mention student-led speaker series, like the MSE Symposium, as reasons why they applied to Hopkins. With time, she hopes Marque can become that kind of a draw.

"I want people to realize that this is something you can do with your life. It's something you can take seriously," Ramchandani said. "Fashion is not frivolous. It's history and culture, and people's lives have been rooted in this." 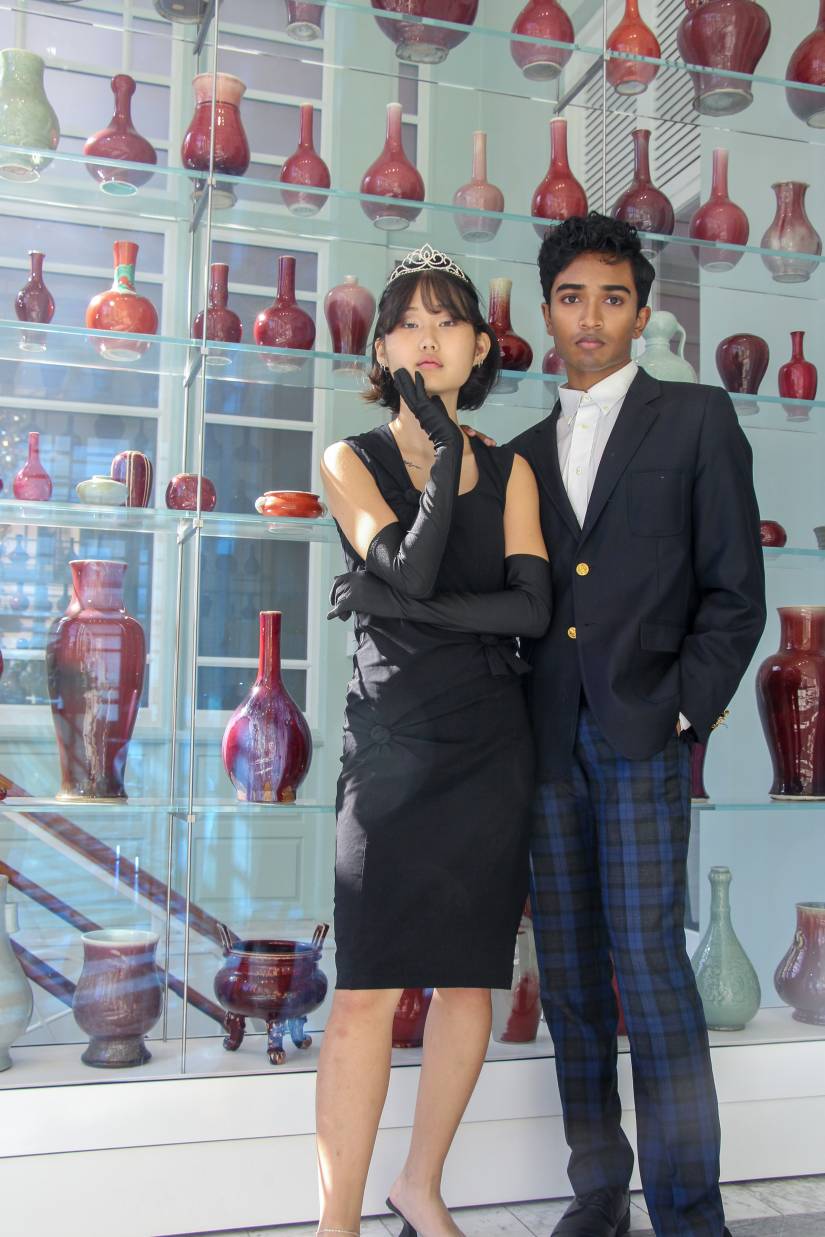 Marque content is available on the magazine's website, but it was important to Ramchandani that there be a physical object for people to hold, pass along, and see out in public. She has begun partnering with local retailers like Made in Baltimore to grow support for the magazine and small businesses in the area. She said it's important to her that readers realize that there's much more to the city than chain stores, and there's a vibrancy to the fashion culture in Baltimore.

A commitment to engage with the city is evident in Marque's half-dozen photo shoots that go into every issue. Although a few are done on campus, most of the images from the magazine are taken at locations throughout the city, highlighting spots that Hopkins students might not be familiar with. The latest issue has images shot at the Rawlings Conservatory, local skateparks, and the Baltimore Museum of Art.

"Some of the people who I've shown one or two of the pictures to have been like, 'Where is that?'" Ramchandani said. "I'm like, 'You have to go into Baltimore to find these places.' It's another push to make the city more accessible to everyone on campus."

Because of the diversity of fashion and the different ways it impacts different communities, Al-Zubi says that a magazine like Marque has a responsibility to represent the breadth of that experience.

"Part of the purpose of Marque is to promote diversity of thought, and diversity in all its forms," Al-Zubi said. "Hopkins is becoming more diverse every year, and we want to showcase that, via people, via thought, via creativity."