William Smith scores twice in second half for 2-0 win, handing the Blue Jays just their third loss of the season 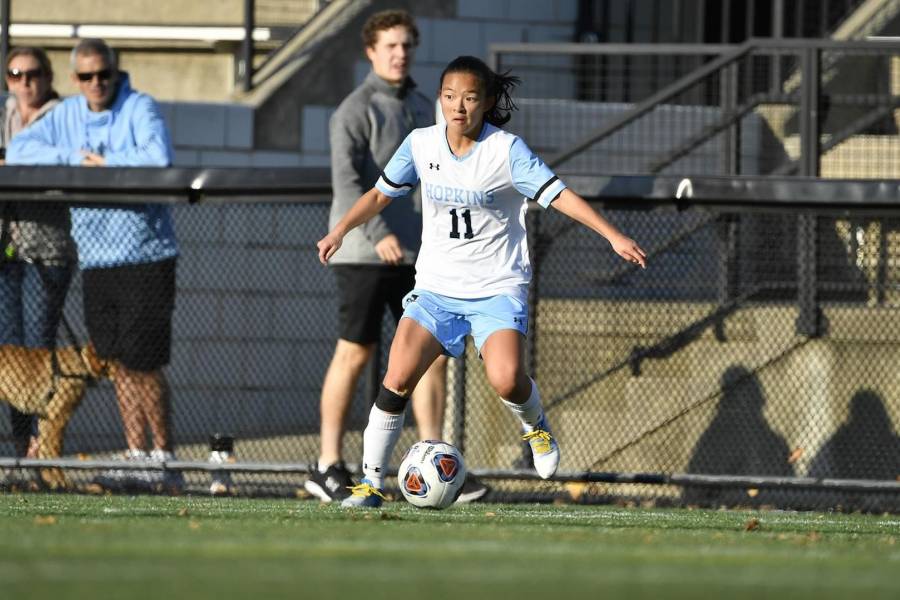 The Johns Hopkins women's soccer team came up one win short of advancing to the national semifinals for the second time in program history, falling 2-0 to William Smith on Sunday in an NCAA Division III quarterfinal matchup in Geneva, New York.

The Blue Jays (17-3-4), who advanced to the quarterfinals with a 2-0 win against Centennial Conference rival Dickinson on Saturday, dominated the game statistically—taking 17 shots to just three for the Herons—but were unable to score.

William Smith (20-1-1) broke a scoreless tie in the 59th minute on a goal by Julia Keogh. Twelve minutes later, the Herons struck again, with Sheila McQuillen slotting a shot into the net.

Hopkins goalkeeper Caitlin Hendricks saw her outstanding streak of more than 589 minutes of game play without allowing a goal—a streak that spanned five complete games and parts of two others—come to an end.