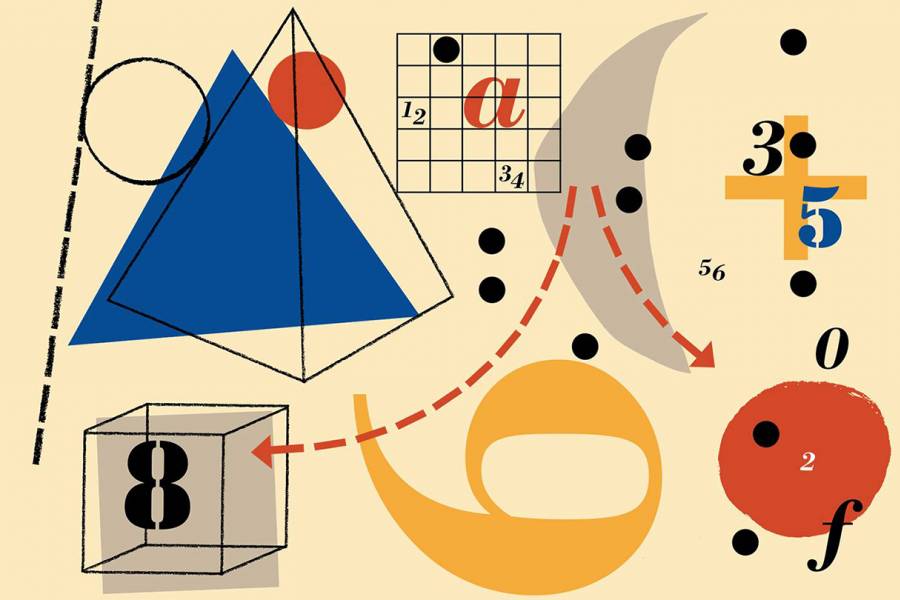 Lincoln the Euclid enthusiast and other great tales of math

In 'Republic of Numbers,' author and alum David Lindsay Roberts weaves eclectic and entertaining stories about math and mathematicians across two centuries of U.S. history

The advent in the 1760s of a timepiece that stayed accurate under shipboard conditions greatly simplified the task of determining longitude while at sea. Why, then, did 1820s editions of Nathaniel Bowditch's American Practical Navigator still instruct readers in calculating longitude by angles between the moon and other heavenly bodies (the method of lunars) or eclipses of the moons of Jupiter?

"Mathematics has long had an image problem.There are so many people who feel intimidated, anxious, or bored by it, which is too bad because there's so much in it."
David Lindsay Roberts
A&S '98 (PhD)

The cost of chronometers was likely a factor, writes David Lindsay Roberts, A&S '98 (PhD), in Republic of Numbers: Unexpected Stories of Mathematical Americans Through History, published in October by Johns Hopkins University Press. But Roberts, a scholar in the history of math education, hypothesizes that the nation's first internationally famous calculating whiz may have had another reason. A sailor and self-taught master of navigation, surveying, and astronomy, Bowditch left school at 10 and declined Harvard's offer of a mathematics professorship at 30. His name lives on as the original author of the navigation encyclopedia still published by the U.S. government. Roberts persuasively suggests that no new technology, not even John Harrison's chronometer, could supplant for such a person "the pleasure taken … in contemplating and in carrying out more delicate, theory-laden measurements such as the method of lunars."

Pleasure in math links lives across more than two centuries in Roberts' elegant and eye-opening work of intellectual history. Mathematicians and math teachers will find in it an eclectic family history of their fields, with special attention to lesser-known characters, especially ones whose achievements beat the odds set against their race, sex, or background. But readers not excited by higher math will also enjoy these 20 deeply researched and gracefully narrated biographical essays.

Mathematical concepts such as quaternions and Fourier analysis can whoosh pleasantly overhead as one learns, for instance, how counting to 10 helped free the imprisoned Africans aboard the Amistad; why Euclid echoes through the Gettysburg Address; and how Albrecht Dürer's technique in depicting cross sections of three-dimensional objects became, after systematization by mathematicians, a staple of West Point's engineering curriculum.

"Mathematics has long had an image problem," says Roberts, an adjunct professor of mathematics at Prince George's Community College. "There are so many people who feel intimidated, anxious, or bored by it, which is too bad because there's so much in it. It's such a varied field, with so many entrances to it." 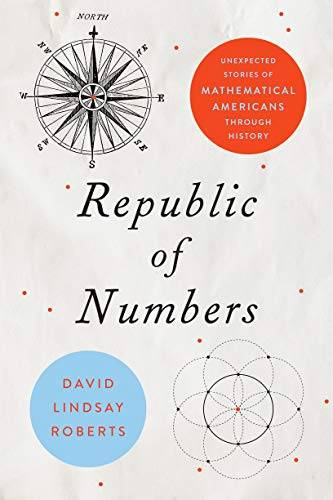 Roberts' co-written debut book, Tools of American Mathematics Teaching, examined the "material culture" of math—slide rules, blackboards, standardized tests. Republic, his third, also bristles with artifacts. These include the electrical punch-card reader devised to handle the massive task of tallying the 1890 census and word problems such as this one, from a 19th-century algebra book: A planter hires a slave and the slave's clothing at a certain annual rate and then returns the slave to his master after only eight months, with a cash payment but minus the clothes. What was the value of the clothes?

The spirit of E.T. Bell, the subject of one of the book's chapters, hovers over Republic as both mentor and foil. Bell was a math popularizer; his 1937 Men of Mathematics humanized mathematicians and glamorized their subject through colorful biographies that explained their work in nontechnical language. Generations of eminent mathematicians have been inspired by Bell's work, Roberts writes. For physicist Freeman Dyson, Bell turned mathematics into "a club that you had to join," and Andrew Wiles credited Bell's book with setting him on the trail, at age 10, of Fermat's last theorem, a proof of which he finally completed at 41, in 1994. Roberts, too, weaves entertaining and readable math tales for a general audience, while consciously countering the "great men" model to which Bell subscribed. There are some super-geniuses here, but the highest honors go to those who collaborate, mentor, and build community among scholars. One such is E.H. Moore, the sixth president of the American Mathematical Society, "from whom are descended, by the genealogy of doctoral advising, more than 21,000 mathematics PhDs."

Crucial influences in Roberts' own education were his mathematician father, his physicist grandfather, and his family's copy of Bell's Men of Mathematics.

As an educator, Roberts says, he is haunted by the words of Fields medalist William Thurston, who said, "It is very hard to get a sense of the depth, liveliness, power, and breadth of mathematics from any ordinary experience with mathematics in school. I believe that most students who really master the subject, and eventually become scientists, mathematicians, computer programmers, etc., are those who have some other channel for learning mathematics outside the classroom."

How to transmit an appreciation of mathematics as a living, growing endeavor within the classroom, Roberts says, is a tough question teachers should consider. Inside Republic of Numbers, though, it's one brainy love story after another.