Johns Hopkins University Press is marking International Open Access Week this week with the release of 100 newly digitized open access books, including many seminal works by distinguished scholars that have been unavailable in recent years. The works are accessible for free through Project MUSE, the massive online collection of scholarship based at Johns Hopkins, which now offers opportunities for publishers to host free and open access content.

The release also represents the halfway point of the Hopkins Open Publishing: Encore Editions initiative, which aims to create open access digital editions as well as print-on-demand paperback editions of more than 200 titles drawn from the Press's backlist of noteworthy but currently out-of-print titles. The initiative is funded by the Andrew W. Mellon Foundation and the National Endowment for the Humanities.

"We are thrilled that these first one hundred books are now available again to readers around the world," said JHU Press director Barbara Kline Pope. "The opportunity to make this important work open and accessible for free is a significant extension of our mission to deliver scholarship to readers everywhere. We are grateful to Mellon, the NEH, and to our OA team across JHUP."

"We are thrilled that these first one hundred books are now available again to readers around the world. The opportunity to make this important work open and accessible for free is a significant extension of our mission to deliver scholarship to readers everywhere."
Barbara Kline Pope
Director, JHU Press

Led by editorial director Greg Britton, the Press's Encore Editions open access project has been a significant undertaking developed in partnership with the Johns Hopkins Sheridan Libraries. Editors at the Press worked closely with collections specialists at the Sheridan Libraries to review thousands of out-of-print works that have been difficult or impossible to access. Once titles were selected, JHU Press staff member Will Krause worked to clear publishing rights with authors or their estates and to orchestrate the process of digitizing and relaunching the books. Other staff members assisted with design, production, and plans for marketing the new editions.

The Encore Editions include works in American and European history, literary studies, and philosophy, and represent some of the most intellectually and academically consequential scholarship published by Hopkins Press. Highlights include several works by A. O. Lovejoy, the Hopkins intellectual historian and philosopher who founded the field of History of Ideas; Pulitzer-prize winning historian Jack Rakove; and Deborah Kaplan, whose influential study of 19th-century women's culture promoted female authority and achievement.

In 2020, the Press will release additional titles including Imagining Consumers, a ground-breaking study of American consumer society by Regina Blaszczyk, and Figural Realism: Studies in the Mimesis Effect, a collection of essays concerned with history in critical discourse by Hayden White.

"As a leading publisher of scholarly books by extraordinarily distinguished authors, we are excited about a new publishing model that allows these works to re-enter important conversations that have evolved significantly since the time the books were originally published," noted Greg Britton.

The Encore Editions from JHU Press join a growing collection of open access and free content available from a variety of non-profit publishers on Project MUSE. A 2016 grant from the Andrew W. Mellon Foundation allowed MUSE to launch a new digital platform built on HTML5, which is capable of delivering open access content in a highly-discoverable and adaptable format. This digital platform represents a major step forward in open access publishing in the humanities, which has traditionally relied on static PDFs.

Project MUSE currently hosts more than 1,200 open access books and anticipates that number will continue to increase, with new titles funded through initiatives including the Humanities Open Book program, Knowledge Unlatched, TOME, Mellon grants, and other publisher- and institution-driven programs. Open access content on MUSE is fully integrated and supported alongside the more than 500,000 journal articles and 1,000,000 book chapters also on the platform. 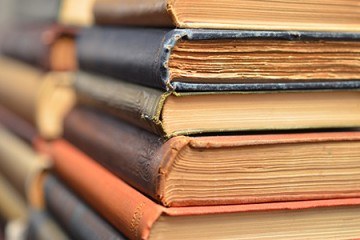