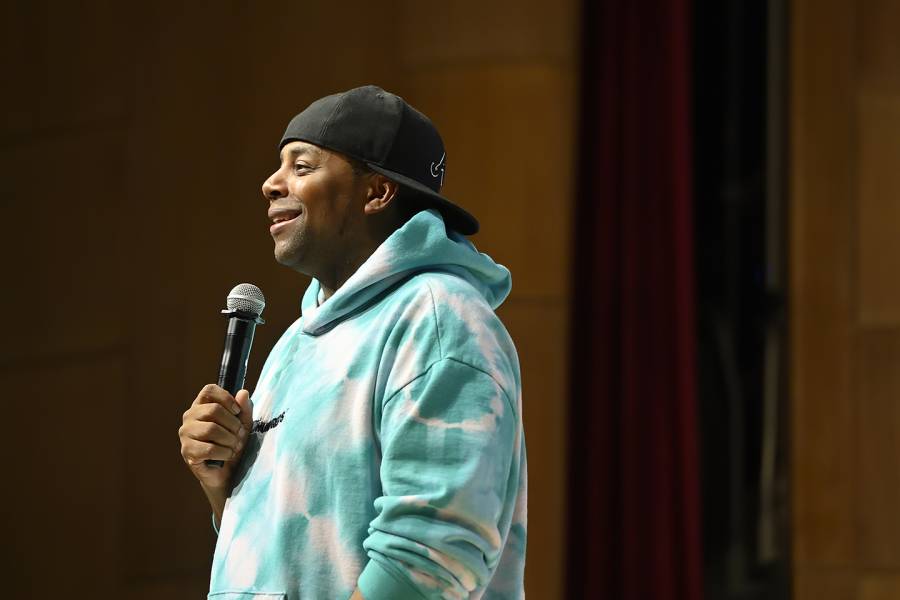 In a talk at Johns Hopkins University on Tuesday night, comedian Kenan Thompson discussed one small, ordinary moment that put him on his path to a celebrated career in film and television. Speaking as part of the Milton S. Eisenhower Symposium, he recalled watching The Price Is Right with his grandmother in his hometown of Atlanta and realizing he wanted to be on TV. It was that realization—and small performances in local commercials—that created a "butterfly effect" of opportunities for the budding actor. Roles he landed on a CNN news show for kids and in sequels to The Mighty Ducks helped rocket him to fame on a national stage.

Thompson began his career in sketch comedy with the Nickelodeon show All That. He joined NBC's Saturday Night Live in 2003 and is the show's longest-tenured cast member. He holds the record for most celebrity impressions performed on the show, with 138.

"SNL is a beautiful place, it's a magical place," Thompson said. "You could be walking down the hall and think, Is that Mick Jagger or is that a unicorn? Either way you look pretty."

He told the sold-out crowd in Shriver Hall's auditorium that over the course of his career, he's discovered the powerful role humor plays in society—and the responsibility of the comedian to wield that power ethically.

"You don't want to diminish struggles for the sake of a joke," he said. "Words have a lot of power. You can do a lot of damage by just rolling over something because you're not informed about that particular struggle."