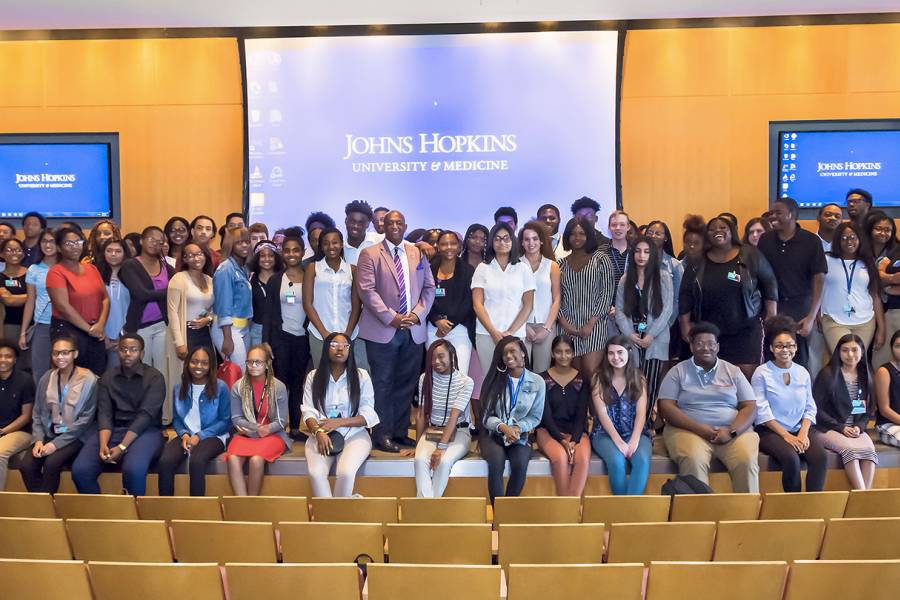 This summer, the university and health system hired a record-breaking 480 students from Baltimore for jobs at more than 200 sites

Shalyn Merino is spending the summer interning in the Pediatric Intensive Care Unit at Johns Hopkins Hospital, where she helps escort families to and from waiting areas and supports the nurses in their clerical duties.

It's a role that has introduced Merino, a rising junior at Dundalk High School and Sollers Point Technical High School, to the fast-paced world of highly specialized pediatric care and has inspired her to pursue a career as a registered pediatric nurse.

"It can be intense sometimes, or chaotic when there are a lot of emergency patients, but that's when it's the most important to be there," Merino says. "The patients' families are usually really unfamiliar in the PICU environment and overwhelmed by the equipment they see, and I feel like if I'm there for them, they feel better. The patients are usually sleeping after their procedures, but the parents worry that their child will wake up in a strange place and be scared, so if I can help them get to their child quicker, it feels really good."

Over the past 25 years, thousands of high schoolers who, like Merino, live in Baltimore City have spent their summers at Johns Hopkins as paid interns through the Summer Jobs Program. 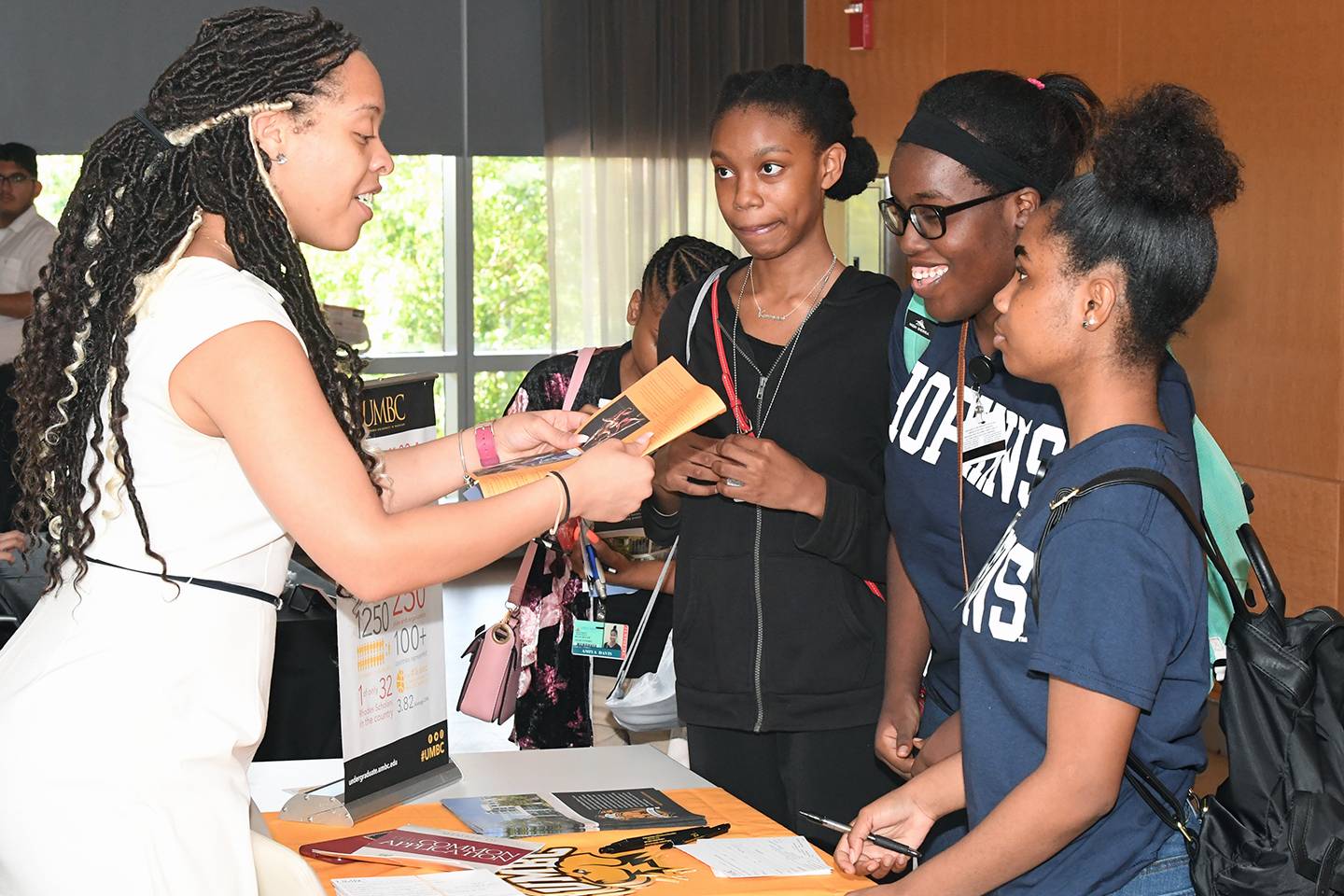 Image caption: Interns learned about the college admissions process and academic life during a college fair

Twenty-five students were hired during the summer of 1994, the program's first year. This summer, Hopkins hired a record-breaking 480 students for jobs at more than 200 sites across the health system and university.

Students ages 15 and up who live in the city or attend high school in the city are eligible for the program, which pays Maryland's minimum wage of $10.10 per hour, 30 hours a week for eight weeks from late June through mid-August (the program concludes this week with Friday's graduation event).

The program has also become a pipeline to meaningful work after high school, with students earning occupational certificates through career and technology education programs at school and then gaining related work experience at Hopkins during the summer. This pairing helps students become clinical technicians, nursing assistants or pharmacy technicians, says Yariela Kerr-Donovan, senior director of strategic workforce development in the Department of Human Resources at Johns Hopkins Medicine.

"Some students can't pursue a purely academic program during the summer because they need to work, and some students leave their job at Hopkins for the day to go to a second job," says Kerr-Donovan, who has worked for Hopkins for the past 15 years. "With the certified nursing assistant program, interns take a patient care technician course during the summer while we pay them—it's an academic-work hybrid where they take courses organized by the program and gain experience while also getting paid." 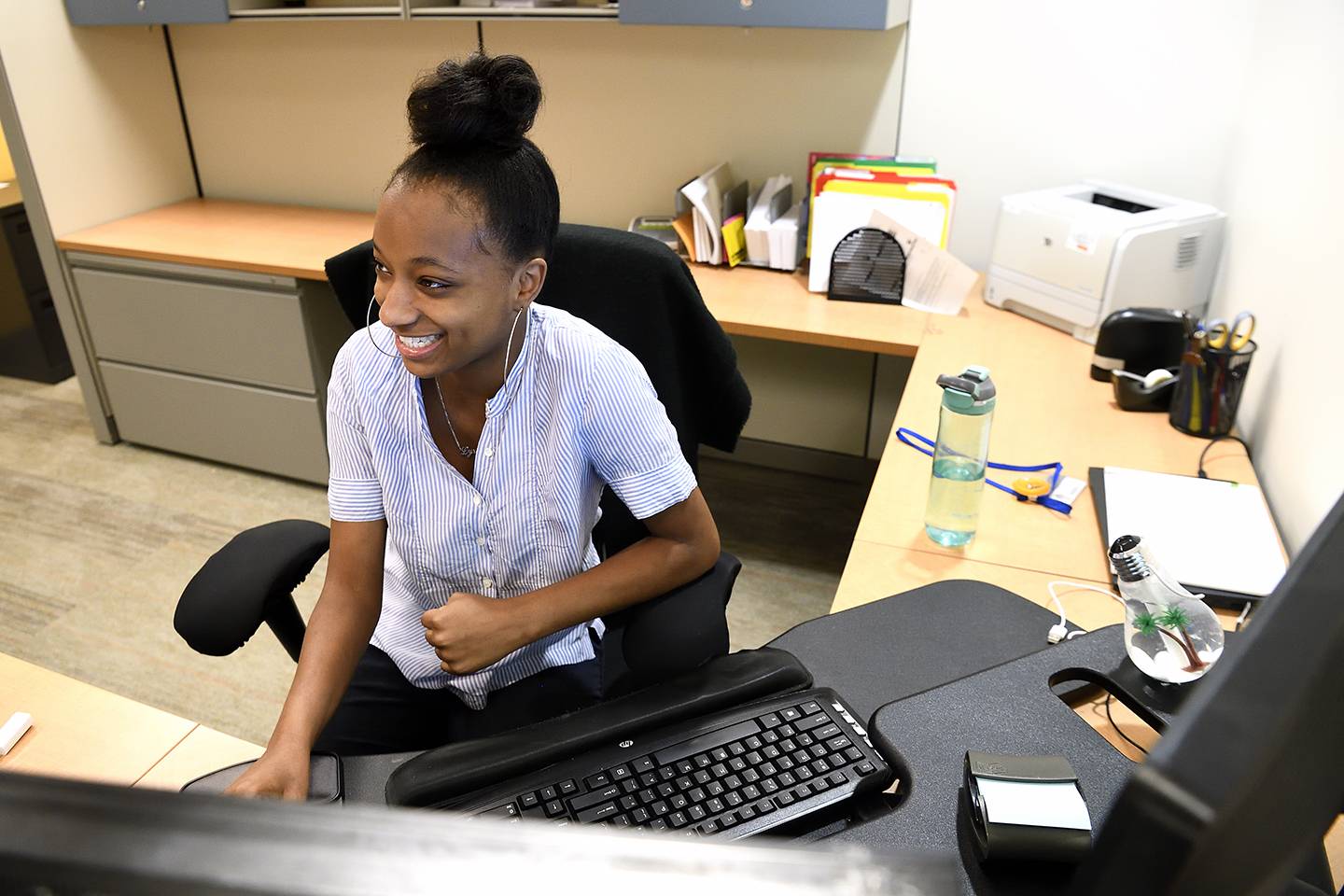 Image caption: Interns were placed in departments across the university and health system

There are also 20 college students from Baltimore who are hired as peer mentors. Their role is to support the summer interns and help keep them on track with their work, allowing the mentors to develop their leadership skills while also networking with departments across Hopkins, Kerr-Donovan says.

This summer's interns are primarily first-time hires, with 313 students who are new to the program. Over the years, the program has tried to recruit a greater number of new students to the program by shifting its outreach efforts to city neighborhoods without recreation centers. Since the launch of HopkinsLocal in 2015, the program has also worked to increase participation from previously underrepresented minority populations.

"The city's demographics are shifting, and we want to reflect that, so we've been making a concerted effort to hire more Latino students, just as we are doing with our overall workforce at Hopkins," Kerr-Donovan says.

The environmental care department at Johns Hopkins Hospital routinely hires the most summer workers; it is hosting 70 interns this year. Most of the Summer Jobs interns are working on the East Baltimore campus, with the rest spread across Homewood, Bayview, Keswick, Eastern, and other locations off-site.

Students are offered opportunities to work in a variety of offices and departments. They might help out in a lab at Homewood, provide patient transports within the hospital, or shadow communications staffers producing podcasts. Kerr-Donovan says that's the beauty of taking a summer job at Hopkins.

"That's what I love about it—we are a little city unto ourselves," Kerr-Donovan says. "Almost any job you find in a city, you are going to find it here at Hopkins."