Gaslevic joined Hopkins in June 2016 as assistant vice provost and Title IX coordinator, a role in which she supports all aspects of OIE's day-to-day operations. She has played a key role in the development and implementation of a number of programs, processes, and initiatives, including increasing the office's size and visibility; enhancing and streamlining case management; and developing reports, trainings, and policy enhancements, as well as Sexual Violence Advisory Committee action plans.

Before coming to Hopkins, Gaslevic served as senior counsel for advice in the Educational Affairs Division of the Maryland Attorney General's Office. She also served as an assistant attorney general for Maryland for nearly 12 years, from 2004 until June 2016.

Boyd, a labor and employment lawyer with significant experience handling discrimination, harassment, and retaliation matters, joined OIE in March 2015 after practicing law at a national employment law firm. As deputy Title IX coordinator—a role to which she was appointed in December 2016—she has been heavily involved in all OIE operations.

OIE supports the university's commitment to fostering an environment that is inclusive, respectful, and free of discrimination and harassment. The office ensures compliance with affirmative action and equal opportunity laws, investigates complaints of discrimination and sexual harassment, and serves as a resource for individuals with disabilities or those who require religious accommodation.

A committee made up of students, faculty, and staff will soon be formed to help identify the university's next vice provost for institutional equity, Kumar said. 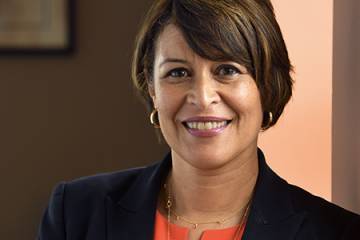 Published June 3, 2019
Vice provost has led the Office of Institutional Equity at Johns Hopkins since March 2017