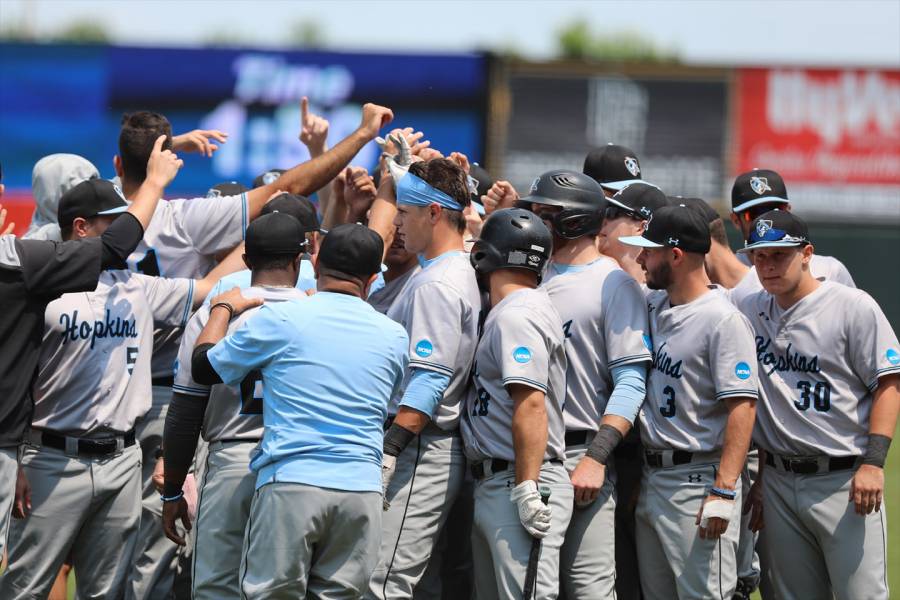 The Johns Hopkins baseball team was among the final four teams remaining at the NCAA Division III College World Series in Cedar Rapids, Iowa, over the weekend but was eliminated late Sunday with its second loss in two days to Birmingham-Southern.

Overall, Hopkins went 2-2 over three days in the double-elimination event, with three of those contests being decided by one run and two of them going into extra innings. The 37 wins are the sixth most in the program's history. Johns Hopkins was making its fourth overall appearance at the College World Series, and its first since 2010.

JHU opened on Friday with a dramatic walkoff win against Babson in 10 innings, with senior Tim Kutcher delivering the victory with a two-out, two-run double that turned a 6-5 deficit into a 7-6 win. The Blue Jays surrendered two runs in the top of the 10th to fall behind by two runs, then scratched out three runs in the bottom of the frame to prevail.

Saturday's contest also took 10 innings to decide, but this time Hopkins wound up on the losing end of a 4-3 result against Birmingham-Southern. The Blue Jays led 2-0 and 3-1 earlier in the contest, but the Panthers rallied in the late innings, then won on a bases-loaded fielder's choice against a drawn-in infield in the 10th.

Facing elimination Sunday, Johns Hopkins held on for a 6-5 win against Babson. Mike Eberle, Chris Festa, and AJ King all had three hits for the Blue Jays, who totaled 15 hits in the win.