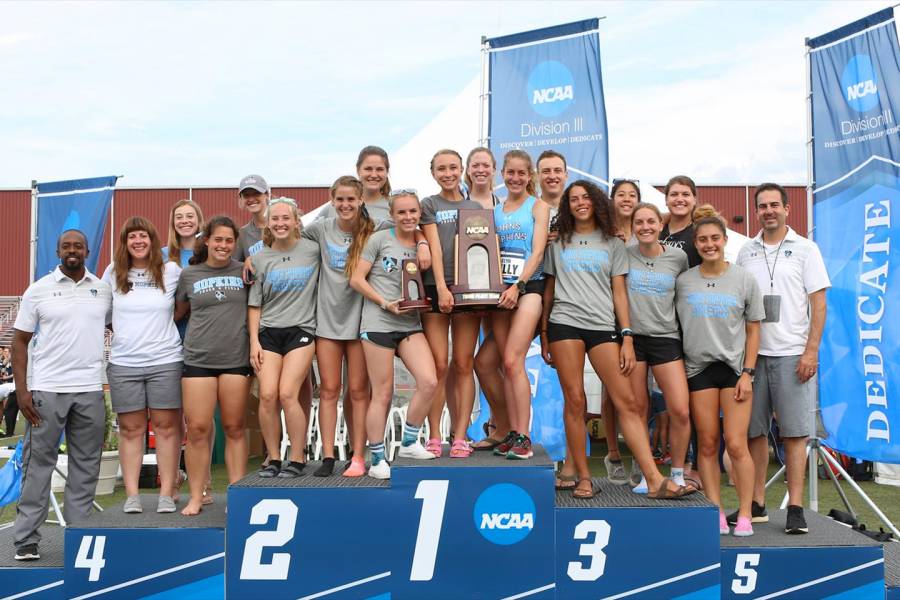 The Johns Hopkins women's track and field team finished tied for third at the NCAA Division III championships in Geneva, Ohio, over the weekend, the best finish at nationals in the program's history.

The Blue Jays scored 36 points on the strength of three runner-up finishes and shared third with George Fox. Loras won the DIII national title with 53 points, and Washington University was second with 49.

For Hopkins, Tasha Freed placed second steeplechase on Saturday, setting a new school record of 10:40.94 in the process. Earlier in the three-day meet, Veronica Montane took second in the javelin, and Caelyn Reilley finished second in the 10K.

Overall, the Blue Jays had a program-record six All-Americans, reserved for the top eight finishers in each event. Reilly placed fourth in the 5,000-meter run, Therese Olshanski took fifth in the 1,500-meter run, and Maya Hammonds finished sixth in the long jump.