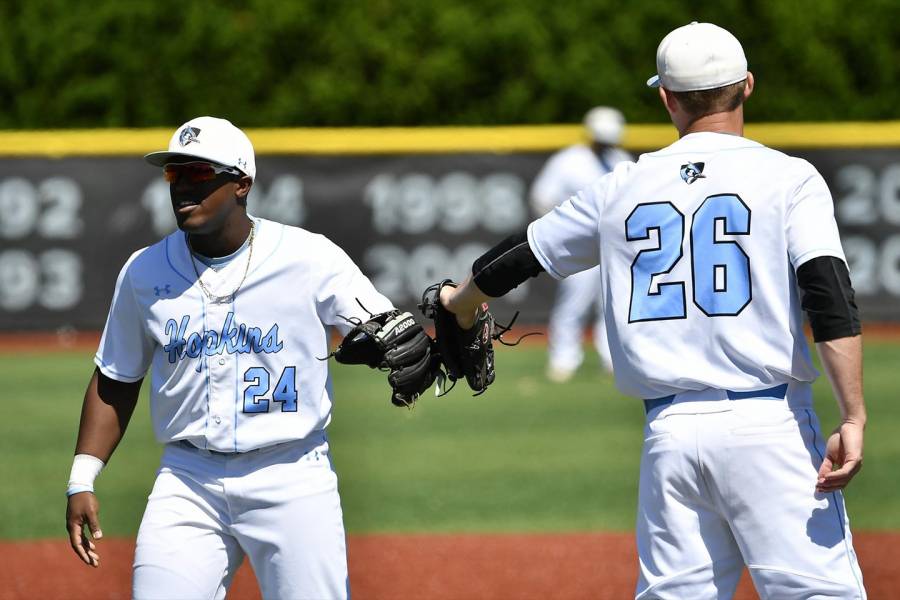 The Johns Hopkins baseball team defeated Shenandoah twice over the weekend to earn a trip to the Division III College World Series for the first time since 2010.

The Blue Jays (34-11) eliminated the Hornets with two consecutive wins in the best-of-three Super Regional at Babb Field, winning 6-3 on Friday and 7-3 on Saturday. Mike Eberle's two-run infield single helped JHU break open Saturday's series-clinching win, and Preston Betz held Shenandoah to one hit over 4 2/3 scoreless innings out of the bullpen to earn the win.

Hopkins will begin play in the College World Series against Babson (38-8) on Friday at 4:30 p.m. at Veterans Memorial Stadium in Cedar Rapids, Iowa.

Birmingham-Southern (39-13) and Heidelberg (35-13) are in the same bracket as JHU. The four teams will play a double-elimination format, with the winner advancing to a best-of-three series to determine the DIII national champion.

The four teams on the other side of the bracket are Chapman, Washington & Jefferson, Webster, and UMass Boston. Complete bracket