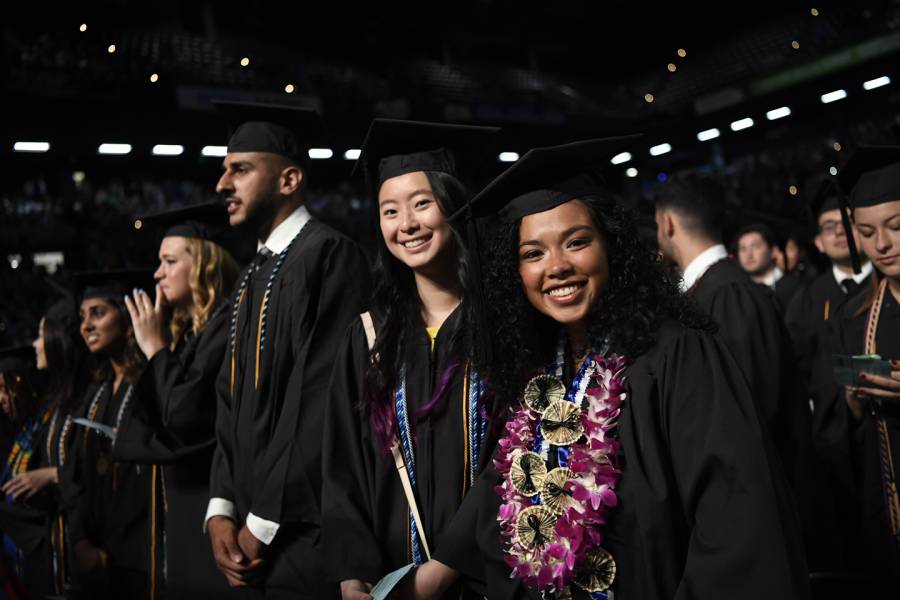 More than 1,500 students claim their degrees at universitywide Commencement ceremony

And here they are, filing into Royal Farms Arena during the opening procession ...

They say your graduation day goes by in a flash. This must be what they mean. #JHU2019 pic.twitter.com/QSJi3I0S3x

Journalist Jeffrey Goldberg, editor-in-chief of The Atlantic, was the featured speaker and one of six honorary degree recipients. In his remarks, he explored the rising threats to "our common understanding of what constitutes truth."

"Like many of you, I had been under the impression that America, the mature democracy that it is, is more resilient in the face of conspiracy-mongering and disinformation than other countries," he said. "But I was wrong."

He later told the graduates, "It is your responsibility, as soon-to-be graduates of this great center of knowledge, not to ignore this phenomenon, but to fight it at every turn. By fighting disinformation, by fighting for the truth, you will invest the degrees that you are receiving with true meaning."

JHU President Ronald J. Daniels spoke to the graduates about scars, both literal and metaphorical. He recounted his own experience with a surgical procedure at the Johns Hopkins Hospital nearly a decade ago that left him with a six-inch scar on his abdomen.

"The truth is that all of us have, or, in time, will have scars from life's traumas," he said. "No one—truly no one—escapes unscathed. Some scars are visible. Others form on the inside, the unseen responses to psychological and emotional wounds born of crushing grief, wrenching personal tragedy, or economic devastation."

These scars, he said, inflict pain, but they also challenge us to think beyond ourselves.

"As you leave here, know that the scars you carry—or will in time carry—need not diminish you," Daniels said. "They can offer you the perspective, the strength, and the equanimity to face more and do more than you ever dreamed possible. They can expand the circumference of your own empathy and understanding. They can clarify what inspires you. And above all, they can connect you powerfully to the people who matter most."

In his remarks, senior class president Zanir Habib asked his classmates to consider how they can use their education for the good of humanity .

"There are the easy answers," he said. "Plant a garden. Give to charity. 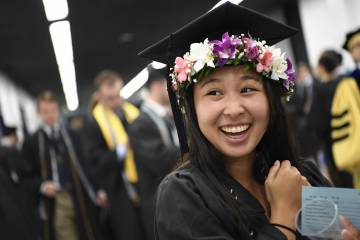 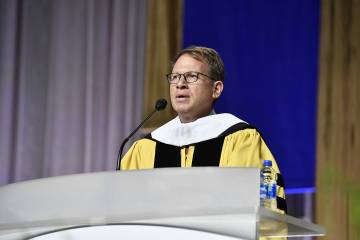 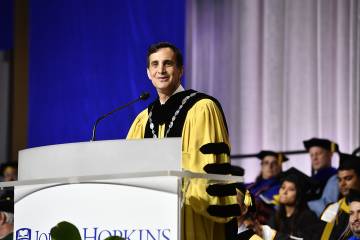 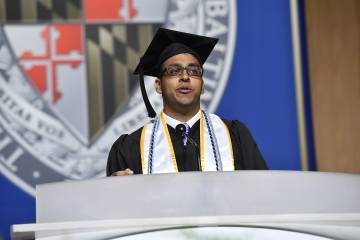 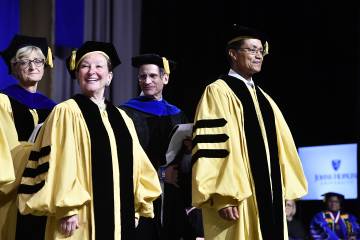 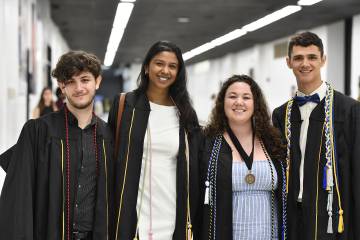 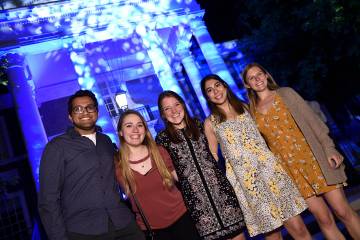