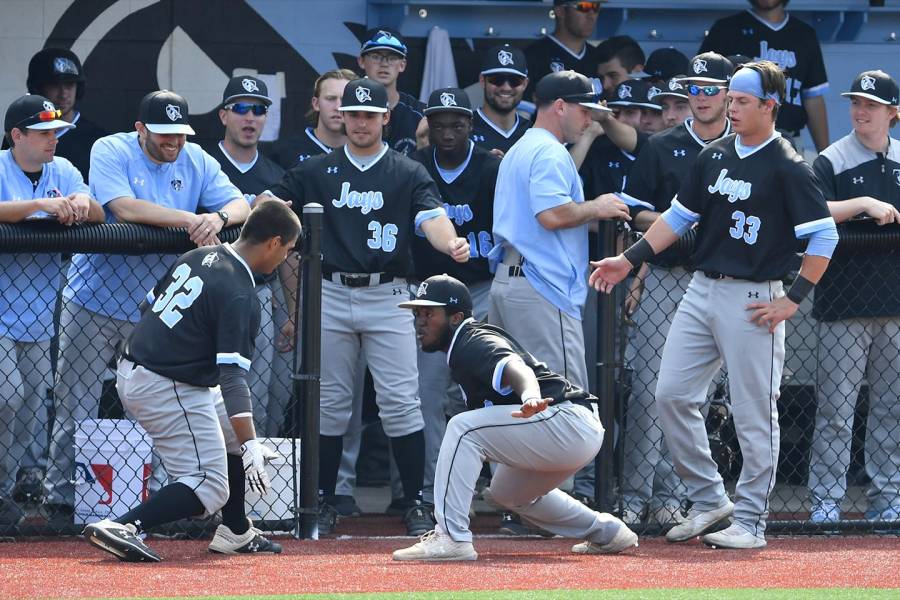 Blue Jays sweep three games in Regional round of NCAA Division III tournament, face Shenandoah in best-of-three series for a spot in the College World Series

The Johns Hopkins baseball team went 3-0 in the Regional round of the NCAA Division III tournament this past weekend and will host Shenandoah in a Super Regional matchup beginning Friday.

The winner of the best-of-three series will earn a trip to the College World Series in Cedar Rapids, Iowa. Hopkins has made three appearances in the DIII World Series in its history, most recently in 2010.

The Blue Jays (33-11) defeated The College of New Jersey 10-3 on Sunday afternoon on the strength of five home runs. Mike Eberle, Chris DeGiacomo, Matt Ritchie, Mark Lopez, and Pete Manny all went deep as Hopkins piled up 12 total hits. DeGiacomo, Ritchie, and Manny each had two hits apiece, and Manny led the way with three RBI.

JHU also got a solid pitching performance from Sean McCracken, who held the Lions scoreless for the first five innings as Hopkins built a 6-0 lead. McCracken departed after 6 1/3 innings having allowed three runs on five hits with six strikeouts. Complete box score

For the weekend, Johns Hopkins outscored its three Regional round opponents 28-7.

Hopkins and Shenandoah last met on May 21, 2017, in an NCAA Regional game in which the Hornets came away with a 4-2 victory. Shenandoah leads the all-time series 4-3.