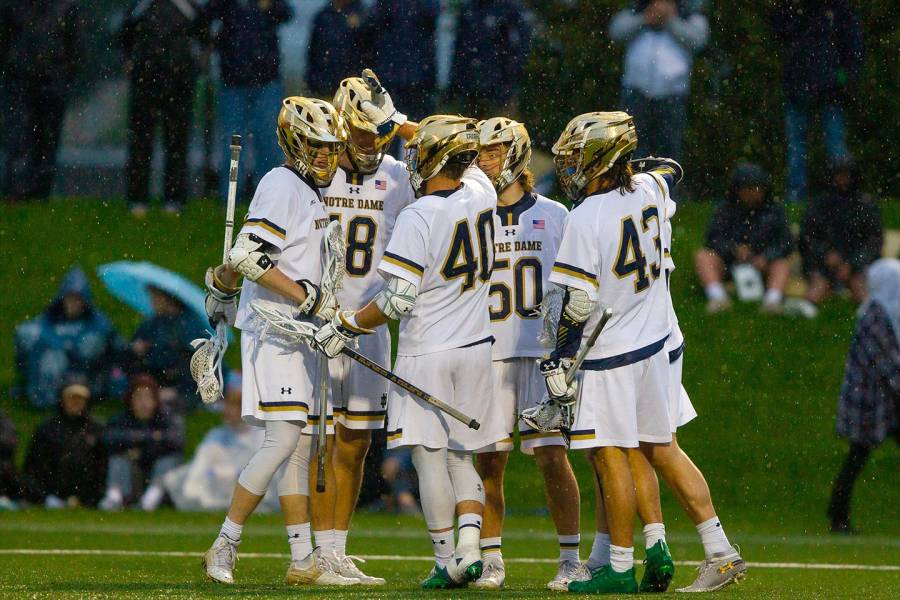 During a late-season run that propelled the Johns Hopkins men's lacrosse team to the postseason, the Blue Jays made something of a habit of erasing big deficits with spirited comebacks.

But on Sunday night, in an NCAA first-round game against Notre Dame, the deficit proved too big to come back from as Hopkins came up on the losing end of a 16-9 result in South Bend, Indiana. JHU's Forry Smith scored the first goal of the game, but the Fighting Irish responded with a seven-goal run and led 10-2 at halftime. The Blue Jays got no closer than four goals the rest of the way.

Notre Dame (9-6), the tournament's seventh seed, advanced to the NCAA quarterfinal round for the seventh time in eight years. The Fighting Irish will face No. 2 seed Duke, which advanced with a 12-11 win against Richmond. Complete NCAA men's lacrosse tournament bracket

Johns Hopkins finished the season with an 8-8 record that included two wins against rival Maryland and an overtime loss to top-ranked Penn State in the Big Ten tournament championship game.

Hopkins made a push early in the second half, scoring four goals of the third quarter to cut an eight-goal halftime deficit in half in less than seven minutes. Smith, who had both of JHU's first-half goals, completed his third career hat trick just 71 seconds into the third quarter, and Joey Epstein scored twice in a span of just over two minutes a short time later to make it 10-5. The four-goal run was complete with 8:47 left in the third when junior Cole Williams swept across the field and fired home a left-handed shot to make it 10-6.

The Irish halted the run with back-to-back goals from Morrison Mirer and Ryder Garnsey to make it 12-6. Epstein scored his 48th goal of the season for Hopkins to make it 12-7, but Notre Dame put the game away by scoring four of the final six goals of the game over the final 16:21 to secure its trip to the quarterfinals.

Epstein totaled three goals and three assists, and his 10 hat tricks for the season were one shy of the Hopkins single-season record of 11. Smith (three goals) and Williams (two goals, one assist) each had three points for the Blue Jays, and goalkeeper Jacob Giacalone played the final 47:19 and posted a career-high 10 saves. Complete box score