Melissa R. Hyatt, who joined Johns Hopkins as vice president for security in April 2018, has been nominated to be the next police chief of Baltimore County and will officially step down from her role at Hopkins in the coming weeks. 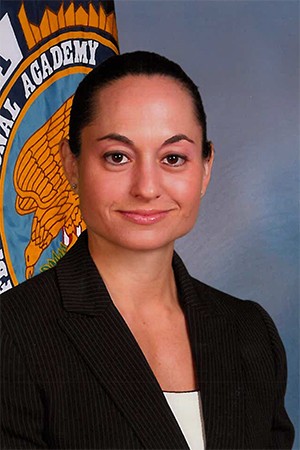 "Over the past year as vice president for security for Johns Hopkins Medicine and Johns Hopkins University, Melissa has led the security operations of our institution with dedicated leadership and strong expertise," Daniel G. Ennis, the university's senior vice president for finance and administration; and Robert Kasdin, senior vice president, chief financial officer, and chief operating officer for Johns Hopkins Medicine wrote in an email to faculty, staff, and students today. "She has worked diligently to maintain the safety of our students, faculty, staff, clinicians, employees, patients, and visitors. While we are saddened by Melissa's departure, we are grateful for her service and wish her well in her new role."

Information about interim leadership and transition plans will be announced soon, Ennis and Kasdin added.

Before joining Hopkins, Hyatt spent more than 20 years at the Baltimore Police Department, where she served most recently as colonel of homeland security and training after other significant command assignments. She replaced Keith Hill, who retired in January 2018 after serving as the first vice president to oversee security for the university and Hopkins Medicine since 2013.