University will confer honorary degrees during May 23 Commencement ceremony 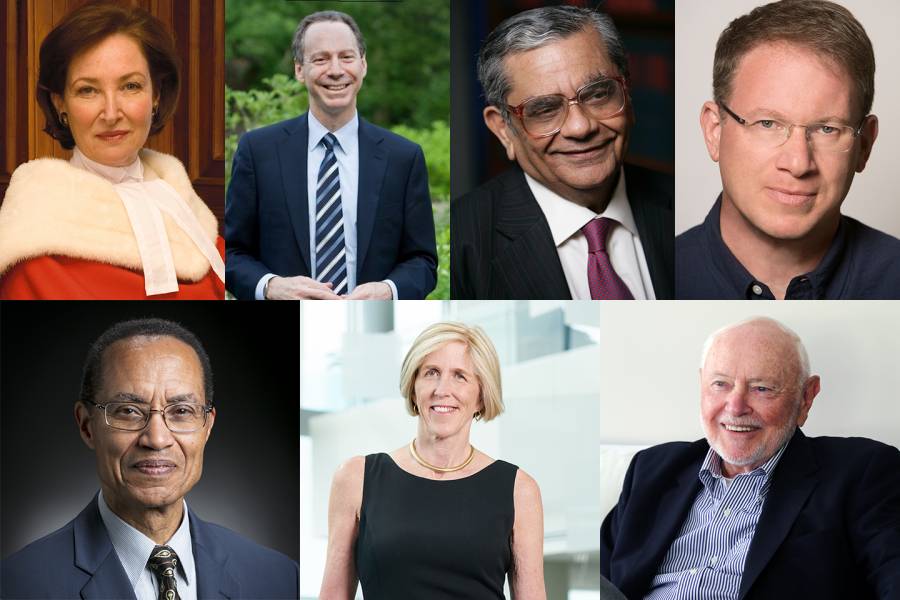 A Canadian Supreme Court justice, a Johns Hopkins University board of trustees chair, an acclaimed economist, The Atlantic's editor-in-chief, a former commander of the United States Strategic Command, a renowned geneticist, and the ad exec who created Meatless Mondays will receive Johns Hopkins honorary degrees this year.

"This year's honorees are leaders, thinkers, and advocates across disciplines whose bold ideas and bracing questions are matched by a desire to impact our society for the better," said Johns Hopkins President Ronald J. Daniels. "We are thrilled they will now be a permanent part of our academic family as we confer our highest honor upon them."

The recipients of honorary degrees, which will be conferred at Commencement on May 23 at Royal Farms Arena, are:

The first Canadian Supreme Court Justice to receive a Johns Hopkins honorary degree, Abella is the longest-serving judge on Canada's highest court. She is a persuasive and eloquent defender of human rights known for her work in administrative, family, constitutional, and labor law.

An outstanding and prolific scholar and globally recognized judicial leader, Abella has shown a profound understanding of the role of law in shaping more inclusive societies and in changing individual lives. Her landmark work in the 1980s on employment barriers for women, minorities, indigenous people, and those with disabilities set the standard for the Supreme Court. The sole commissioner and author of the 1984 federal Royal Commission on Equality in Employment, she created the term and concept of "employment equity." The theories of "equality" and "discrimination" she developed were adopted by the Supreme Court, and her report on equality has been implemented in Canada and by governments around the world.

Aronson has devoted countless hours to advancing Johns Hopkins from nearly every angle, first as an undergraduate and later as a proud Blue Jay parent. He has served as a volunteer, donor, and fundraiser, and ultimately as chair of the university's board of trustees.

Aronson is hailed by President Daniels and the university's academic leaders as a generous partner who has brought tremendous insight and boundless dedication to the role of board chair. His tenure began in 2013, and he will conclude his six-year term this summer. Aronson is managing principal of Centerbridge Partners L.P., a private investment firm that manages $20 billion in capital. The firm focuses on private equity, distressed securities, and credit investments.

Bhagwati is celebrated as one of the most creative economic theorists of his generation and a champion of free trade. A professor of economics, law, and international affairs at Columbia University, Bhagwati favors unrestricted trade between nations as a way to raise living standards around the world while also supporting human rights and preserving the environment.

Over the course of his career, Bhagwati has been deeply involved in his native India, where he is considered the father of the market reforms that transformed that country's economy. He remains one of India's key fiscal influencers, advocating that good jobs and higher wages can stimulate the country's economy by helping people invest in their own education, health, and vitality.

Decades of thoughtful reporting have earned journalist Goldberg the trust and respect of his readers and peers. As editor-in-chief of The Atlantic, he strives to uphold the magazine's founding vision as America's preeminent magazine of ideas.

Goldberg has been the top editor of The Atlantic since 2016, a role he took on after nine years as a national correspondent specializing in foreign affairs and national security. As editor-in-chief, he is working to ensure that the legacy of the 162-year-old magazine remains "a big tent for political discussion"—a place where readers can gather facts and listen to what people on both sides of an issue have to say. Such civil discourse needs a home now more than ever, at a time when Americans are increasingly divided by their polarized political views, says Goldberg, who has also led the transformation of The Atlantic from print magazine to one of the country's most vital online news sites.

U.S. Navy Admiral Cecil D. Haney spent nearly 40 years protecting his country through a series of increasingly high-ranking leadership roles and joint-force assignments. Before retiring in 2017, he served for three years as commander of the United States Strategic Command, or STRATCOM, where he was responsible for the global command and control of U.S. strategic forces, including nuclear forces, missile defense, space, cyberspace, and electronic warfare. Prior to being appointed to that role in 2013, Haney served nearly two years as the commander of the U.S. Pacific Fleet, leading the Navy's operations from the West Coast of the United States to the Indian Ocean.

In retirement, Haney serves in an advisory capacity for multiple entities, including the Johns Hopkins University Applied Physics Laboratory board of managers, the General Dynamics board of directors, the Naval Studies Board of the National Academy of Sciences, the Center for a New American Security board of directors, and as co-chair for the China-US Dialogue on Strategic Nuclear Dynamics for the Pacific Forum.

With her groundbreaking discovery of genetic variations that determine an individual's susceptibility to heart disease, renowned geneticist Hobbs helped create a new class of drugs that are saving lives around the world.

She has received numerous awards and accolades for her pioneering work, including the 2018 Harrington Prize for Innovation in Medicine, which honors physician-scientists who have advanced science with achievements that are both innovative and have potential for clinical application.

Throughout his legendary career in advertising, Lerner has created campaigns that change the way the nation thinks about everything from common household items—"Don't Squeeze the Charmin!"—to public health and the environment.

In 2003, Lerner launched the Meatless Monday campaign, in partnership with the Johns Hopkins Bloomberg School of Public Health, convincing meat lovers to forgo meat one day each week to improve their health while conserving the valuable environmental resources it takes to bring meat into the global food supply. Since its launch, the campaign has grown into a global movement with programs in more than 35 countries and participation from thousands of restaurants, schools, worksites, communities, and celebrities. 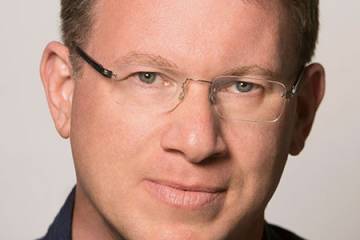 Published March 26, 2019
Editor-in-chief at 'The Atlantic' since 2016 has won numerous awards for his reporting on national security, foreign affairs