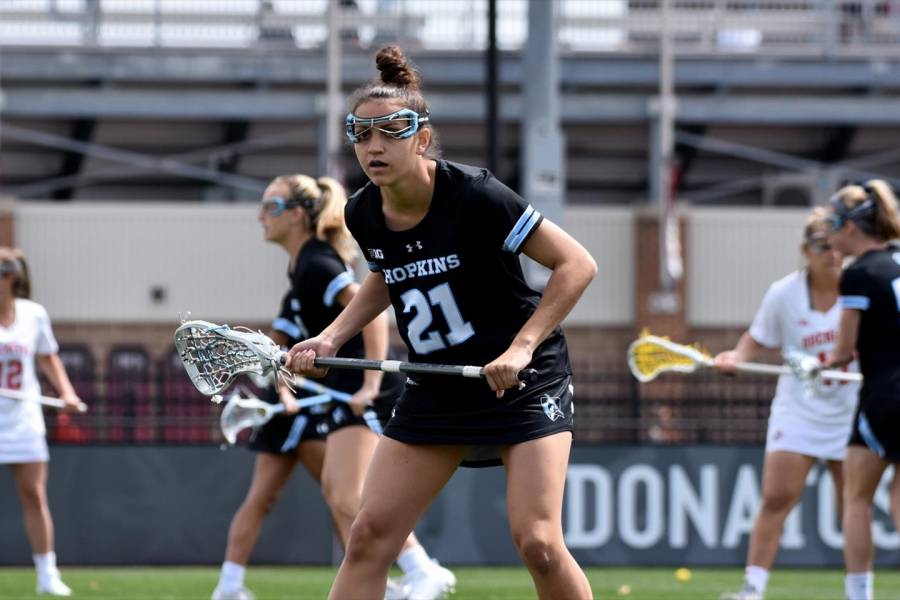 Kachris is the first Blue Jay to repeat as an all-Big Ten selection and is the first multiple all-conference selection since Taylor D'Amore, Sammy Cermack, and Dene' DiMartino repeated as All-American Lacrosse Conference honorees in 2014. A two-year starter, Kachris is the top match-up defender on a team that ranks third in the Big Ten in scoring defense (11.29).

Schneidereith leads the Blue Jays with a career-best 47 goals and 28 assists. Her point and goal totals are the highest by a Blue Jay since D'Amore had 105 and 52, respectively, in 2014. Schneidereith ranks third in the Big Ten in goals, first in assists, and second in points.

McNulty has made an immediate impact in her first season with the Blue Jays. A two-way middie, she has totaled 37 goals, won 60 draws and 28 ground balls, and 16 caused turnovers. McNulty is second on the team in goals and draws, third in ground balls, and fourth in points and ground balls.

In addition, junior Lexi Souder was named to the Big Ten's Sportsmanship Team, which honors athletes who have distinguished themselves through sportsmanship and ethical behavior. In addition, the student-athletes must be in good academic standing and have demonstrated good citizenship outside of the sports-competition setting.

Johns Hopkins hosts the Big Ten Conference women's lacrosse tournament at Homewood Field beginning today. The Blue Jays (10-7) did not qualify to be a part of the four-team field but still harbor hopes of being selected to the NCAA tournament field when it is announced Sunday night.