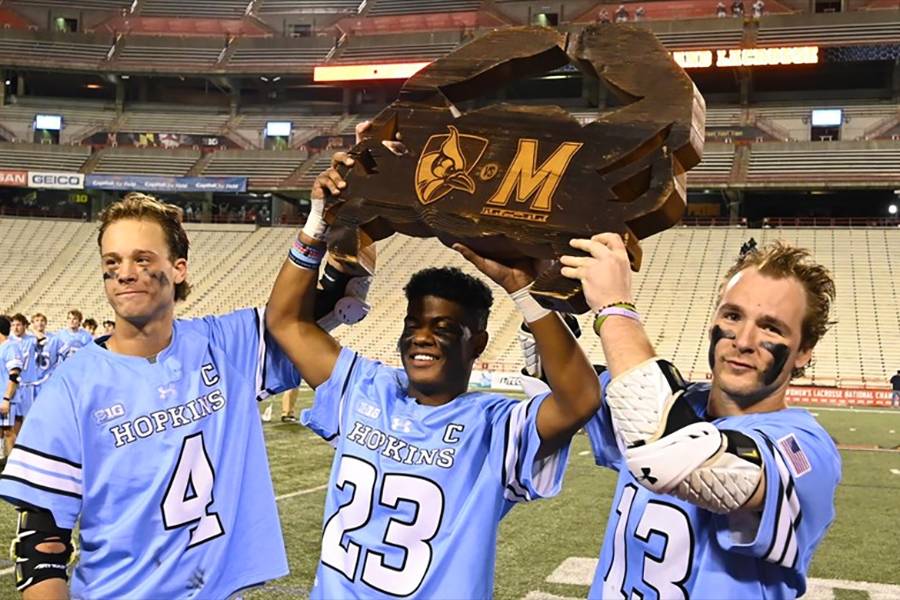 The postseason prospects for the Johns Hopkins men's lacrosse team got a major boost Saturday night as the visiting Blue Jays rallied for a 16-11 Big Ten Conference win against No. 2 Maryland at Maryland Stadium in the 118th meeting between the two rivals.

With the win, Hopkins clinched the No. 2 seed in the upcoming Big Ten tournament and earned a rematch against third-seeded Maryland. The two teams will face off Thursday night at 7:30 p.m. in Piscataway, New Jersey. Top-seeded Penn State meets host Rutgers in the first semifinal at 5 p.m., and the winners will square off Saturday at 7 p.m. in the conference championship game.

A slow start saw the Blue Jays fall behind 5-1 after 10 minutes of play, but Kyle Marr got the comeback started with a goal with 4:24 left in the first quarter. Marr became the 14th payer in Hopkins history with at least 100 goals and 50 assists in his career.

Cole Williams and Forry Smith each tallied twice during an 8-1 run that put Hopkins in front for good. Maryland scored first after halftime to get within 9-7, but a three-goal spurt pushed JHU's lead to five, and the Terps got no closer than three goals the rest of the way.

Freshman Joey Epstein paced Hopkins with four goals, Williams added three, and Smith and Brett Baskin added two apiece. The 16 goals were both the most scored by the Blue Jays and the most allowed by Maryland in any game this season. Complete box score