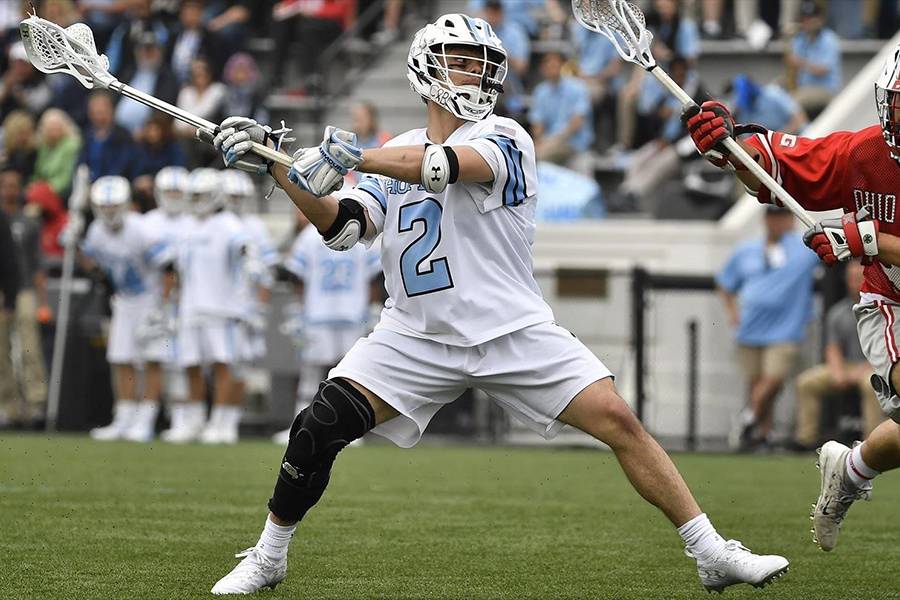 The Johns Hopkins men's lacrosse team built a six-goal first-half lead but came up on the short end of a late-game scoring spurt on Sunday afternoon, falling 14-13 to No. 8 Ohio State in a Big Ten Conference game at Homewood Field.

But the Buckeyes (8-2, 1-2) finished strong, scoring four of the game's final five goals, including the game-winner from Jackson Reid with 49 seconds to play. Ohio State controlled the ensuing faceoff and ran out the clock to secure the victory. Reid paced the Buckeyes with five goals and an assist.

Alex Concannon led Hopkins with a career-high four goals as well as two assists. Joey Epstein (three goals, two assists), Kyle Marr (two goals, one assist), and Cole Williams (two goals) all registered multi-point games. Epstein's five points give him 23 in his last four contests, the most in a four-game span by a JHU player since Ryan Brown had 25 in a four-game run in 2015. Complete box score

Johns Hopkins returns to action on Sunday when the Blue Jays travel to Penn State to take on the top-ranked Nittany Lions.