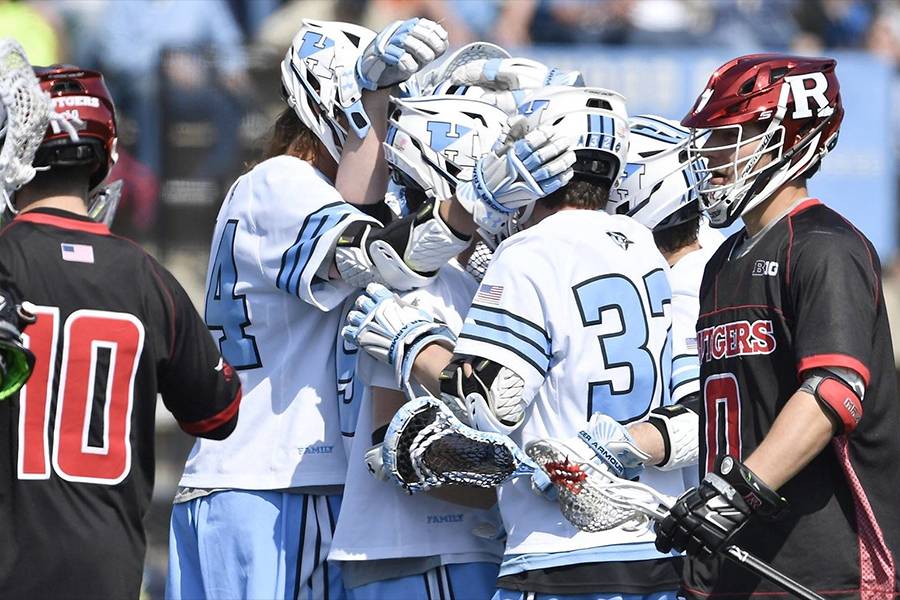 The Johns Hopkins men's lacrosse team got a career-best performance from first-year attackman Joey Epstein and held off a second-half charge by visiting Rutgers for a 15-13 Big Ten Conference victory on Saturday at Homewood Field.

Johns Hopkins returns to action on Sunday when the Blue Jays welcome Ohio State to Homewood Field for the final regular-season home game of 2019. Faceoff is set for noon.