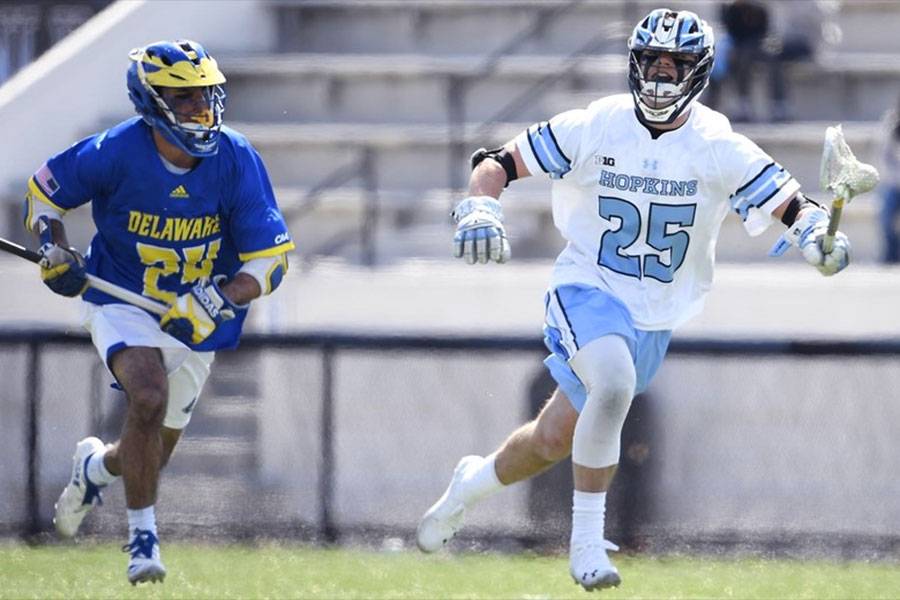 In a game of runs, it was host Johns Hopkins that had the final and decisive rally, scoring the final four goals in a 12-10 victory against Delaware at Homewood Field on Saturday afternoon.

The Blue Jays started their game-ending run with 6:35 remaining when Alex Concannon scored off an assist from Cole Williams. Two and half minutes later, Kyle Marr scored off an assist from Williams to tie the score at 10, and Forry Smith put Hopkins in front for good with a goal with 2:46 remaining. Marr added his third goal of the game with 2:19 left to cap the scoring.

The win was the fourth in five games for JHU. Delaware had a two-game winning streak snapped.

Hopkins returns to action on Saturday when it hosts No. 11 Virginia at 6 pm.