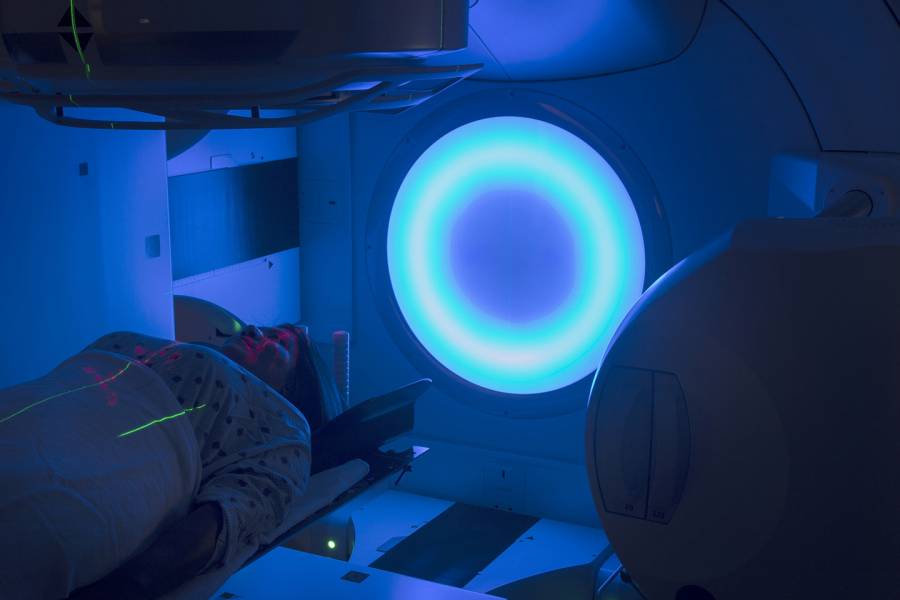 A new Johns Hopkins study offers the promise of using non-invasive methods of examining changes in cancerous tumors to determine whether they'll respond to radiation treatment before treatment even begins.

The findings, published in Cancer Research, can potentially help identify subsets of patients that are best suited for radiation treatment, thereby reducing medical overtreatment and helping some patients avoid the adverse effects of radiation.

"Our eventual hope is to be able to predict a patient's response before radiation therapy even begins, thus sparing patients whose tumors can't be treated with radiation from going through the arduous multi-week process, saving them both time and money," says Ishan Barman, a Johns Hopkins University assistant professor of mechanical engineering and one of the study's corresponding authors.

"[The goal is that] when a clinician performs an endoscopy and looks at a patient's cancerous tumor, they'll be able to determine whether that tumor will even respond to radiation therapy, and that can improve treatment plans."
Ishan Barman
Assistant professor of mechanical engineering

In typical radiation therapy, small doses of radiation are delivered over a period of five to seven weeks. There's currently no definitive way of predicting treatment response before or even in the early weeks of therapy. The earliest clinicians can examine tumor shrinkage is two to three weeks after therapy, using CT and MRI scans.

While other studies have investigated molecular changes in tumors as a way to preemptively identify tumors that won't respond to radiation treatment, Barman's team says its study is unique. Team members studied multiple types of cancers and used smaller doses of radiation, which more accurately reflects current radiation therapy practices.

In this study, researchers from Johns Hopkins, the University of Arkansas, and the University of Arkansas for Medical Sciences used Raman spectroscopy, employing laser light to examine how molecules vibrate. Using that method, they were able to characterize changes in the biochemical composition of a tumor and its environment. This method, the researchers say, requires only a low-power laser and doesn't need any additional sample preparation; such technologies enable holistic examination of the complex biological processes of radiation treatment.

To test the difference in response from tumors that are sensitive to radiation and those that are resistant, the researchers used cell lines of both resistant and sensitive tumors from human lung cancers as well as head and neck cancers to grow tumors in mice.

After the tumors grew to a certain size, the research team removed them and scanned them with a Raman spectroscopy system. All four tumor types showed changes in response to small doses, meant to replicate clinical radiation therapy practice in humans, given over the course of two weeks.

The researchers also found consistent changes in lipid and collagen content in both lung and head and neck tumors.

For the second part of the experiment, the research team examined untreated lung tumors. Raman spectroscopy provided data that allowed the research team to distinguish between radiation-resistant and radiation-sensitive tumors, thus providing key insight into the roles different molecules may play in making tumors resistant to radiation.

The research team found subtle differences in each tumor type's spectrographic signature; by analyzing these patterns, the researchers created an algorithm that could identify radiation resistance and sensitivity with a 97 percent success rate.

"This is only the first step of a larger research endeavor to determine how head and neck cancer tumors respond to radiation," says Barman. "The ultimate goal is to build a miniature probe that can fit into a laryngoscope. Hopefully in the future, then, when a clinician performs an endoscopy and looks at a patient's cancerous tumor, they'll be able to determine whether that tumor will even respond to radiation therapy, and that can improve treatment plans." 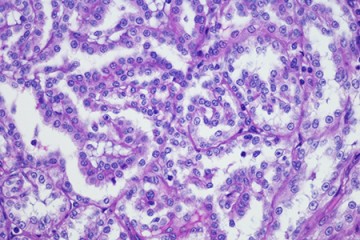 A personalized approach to cancer treatment

Published May 14, 2018
Scientists find a way to distill complex biomolecular data into labels that are easier to interpret 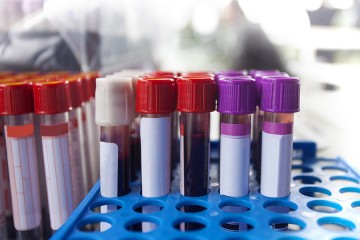