Men's lacrosse: Hopkins hangs on for key win at No. 10 North Carolina 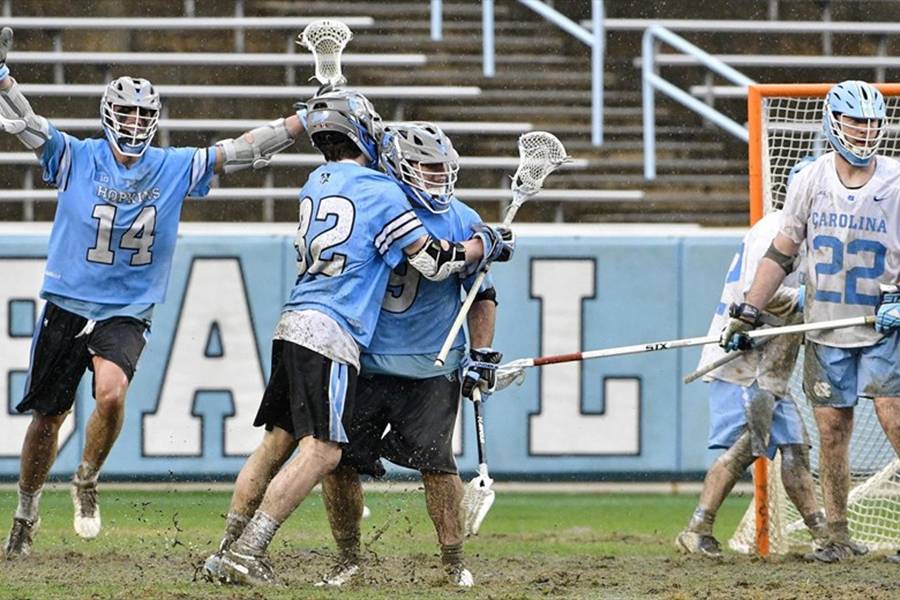 The Johns Hopkins men's lacrosse team used a second-half scoring run to take charge, then held off a last-minute rally to top No. 10 North Carolina 11-10 on Saturday afternoon in Chapel Hill, North Carolina.

The win was the first of the season for the Blue Jays (1-2) following losses to Towson and Loyola.

Hopkins trailed 7-6 late in the third quarter but went on a decisive 5-1 run sparked by a pair of goals by Kyle Marr. At the other end of the field, the JHU defense limited the Tar Heels (3-1) to one goal over nearly 20 minutes of second-half game action before a final flurry brought the home team within one. Carolina ended its scoring drought with a pair of goals in the final 33 seconds, but Hopkins senior Robert Kuhn won a ground ball on the ensuing faceoff to seal the victory for the Blue Jays.

Freshman Matt Narewski won 12-of-24 faceoffs for the Blue Jays, who also got seven saves from sophomore Ryan Darby in goal.

Johns Hopkins will return to action on Saturday at Princeton, the second of three consecutive road games for JHU. Faceoff is set for noon.