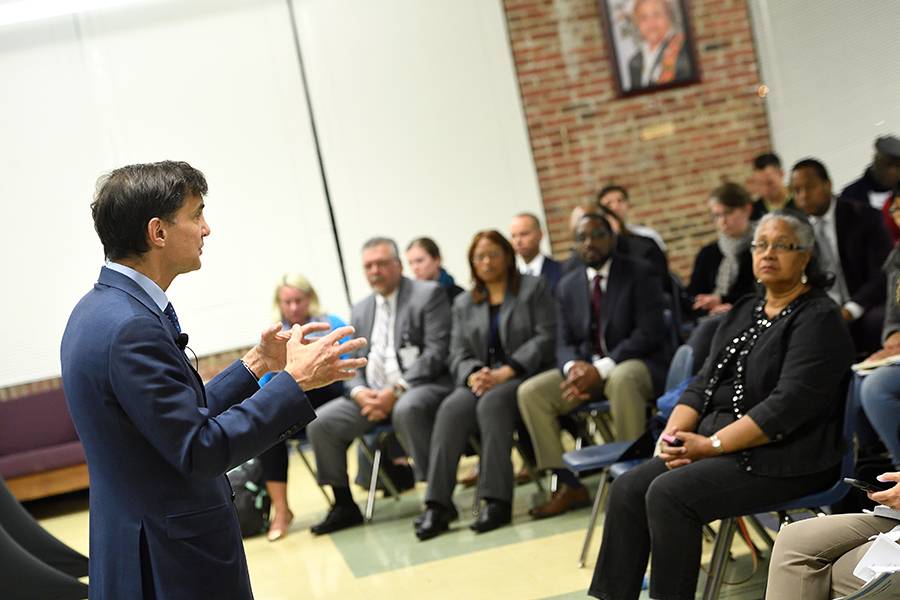 Image caption: Johns Hopkins University President Ronald J. Daniels speaks to attendees at a Nov. 26 East Baltimore community forum on safety and security on and around the university's campuses.

On Nov. 26, Johns Hopkins University hosted the fourth event in a series of ongoing public discussions about how best to address crime on and around its Baltimore campuses. The open community forum drew city delegates, community leaders, students, and nearby residents to the Weinberg Community Center in East Baltimore.

During his opening remarks, JHU President Ronald J. Daniels shared some of the initial feedback he had received from members of the community during his individual conversations in addition to the public discussions and forums the university has hosted this fall.

"We are pulling together all the advice that we have been receiving," Daniels said, "and your input tonight is an important part of that.

"This is a learning process," he added, "and we are learning."

Daniels laid out five pieces of advice that the university has heard repeatedly and that are helping to guide its approach to safety and security:

Melissa Hyatt, vice president for security at Johns Hopkins, also spoke about the importance of involving members of the community in the process.

"For us to really make sustainable safety changes, it's something that can't be done just with a police department or a security organization—the community has to have a strong role," she said.

"We have an opportunity to get it right and maybe in turn show a model of policing—community-based, professional, constitutional policing—that can help with the rest of the city."
Ronald J. Daniels
President, Johns Hopkins University

Added Daniels: "We have an opportunity to get it right and maybe in turn show a model of policing—community-based, professional, constitutional policing—that can help with the rest of the city."

During a lengthy question-and-answer session, members of the audience addressed Daniels and Hyatt, as well as Daniel Ennis, the university's senior vice president for finance and administration, and Robert Kasdin, senior vice president and chief operating officer for Johns Hopkins Medicine.

Community members shared a range of different viewpoints on the issue and asked questions about how a sworn university police department would function, how it would be overseen, and how officers would be held accountable for their actions while on duty.

Hyatt described a process of slowly building a department that would include up to 100 officers total within three to five years and would be spread over 25 shifts that would serve all of the university's Baltimore campuses. The boundary lines for patrol areas would be subject to community input, negotiated with the city and laid out in a memorandum of understanding, she said.

These officers, Hyatt added, would receive advanced training, including mental health training informed by JHU's Bloomberg School of Public Health, diversity training, crisis intervention training, and training in how to engage with vulnerable groups and individuals with special needs. To respond to incidents involving these officers, the department would have an internal affairs unit and would abide by best practices for internal investigations.

"I'm not asking for blind trust," Daniels said. "I know that this community, all the communities that will be affected by this force, require a set of clear and concrete accountability mechanisms, transparency, participation, and fidelity of public values. It's not about commanding trust. It's about earned trust."

For more information or to provide feedback on safety and security at Johns Hopkins, visit publicsafetyinitiatives.jhu.edu. 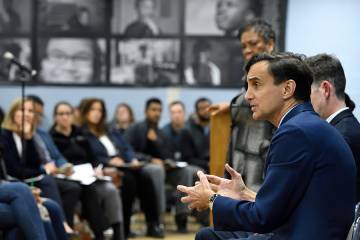 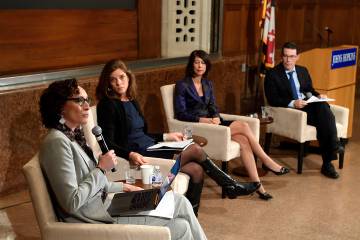 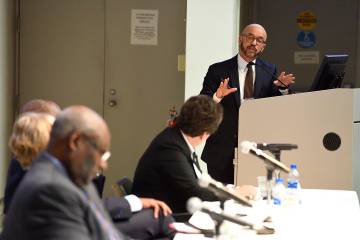 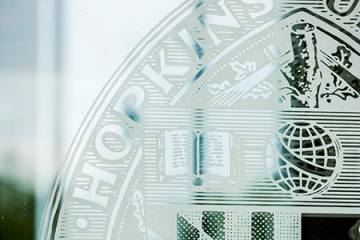