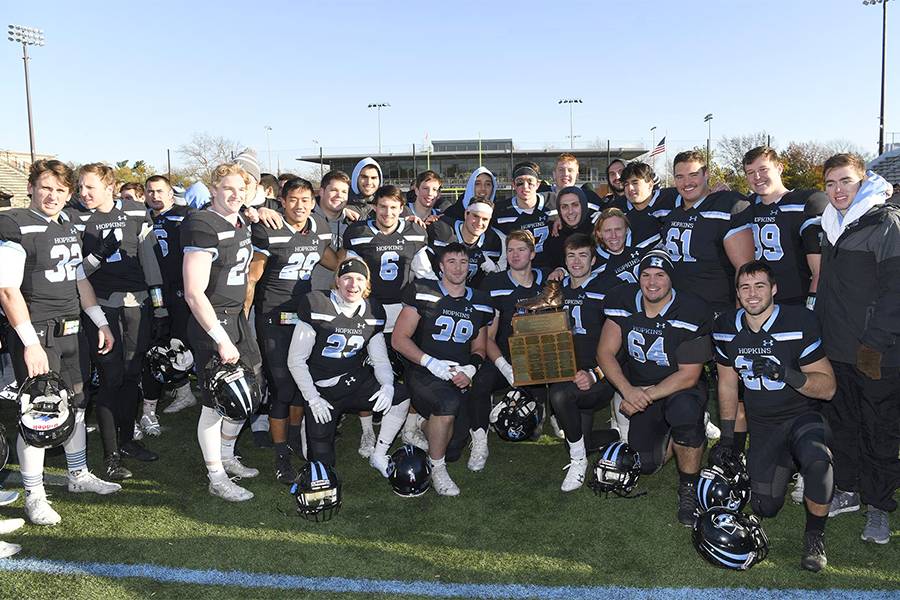 The Johns Hopkins football team, which clinched the Centennial Conference championship on Saturday, will host MIT in the first round of the NCAA Division III playoffs on Saturday at noon at Homewood Field.

Pairings for the 32-team playoff tournament were announced Sunday night. The winner of the Hopkins-MIT game will advance to face the winner of a game between Frostburg State and Western New England.

The Blue Jays (9-1) secured a playoff bid with a 42-17 win against McDaniel in their final regular-season game on Saturday. Hopkins has won or shared 10 consecutive league titles and is 77-3 in regular-season games over the past eight seasons.

The game will mark JHU's first meeting in football with the Engineers (9-1), who earned an at-large berth to the tournament.

Johns Hopkins will be making its eighth consecutive playoff appearance, the third-longest active streak in the nation behind only Mount Union and Mary Hardin-Baylor.