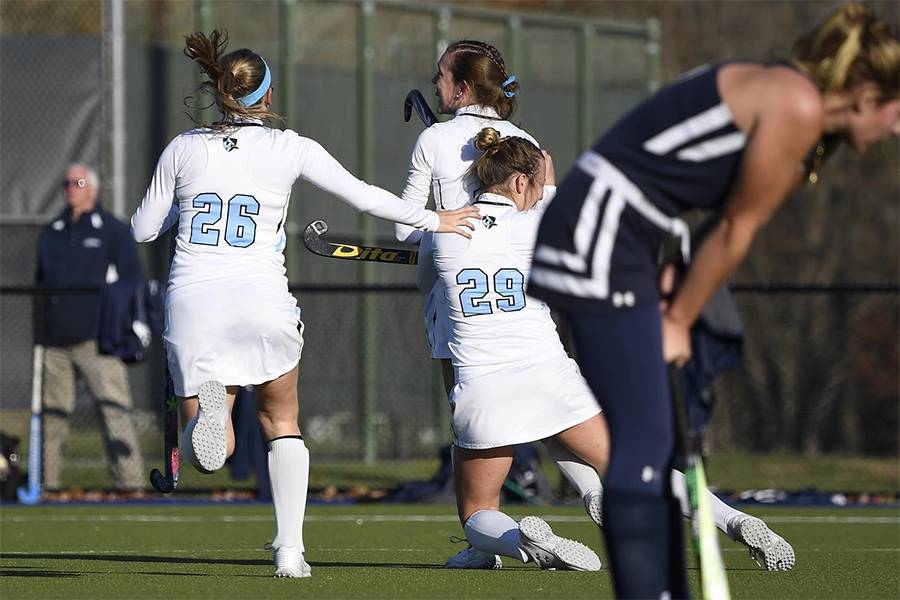 The win sent the No. 9 Blue Jays (19-2) to the NCAA semifinals for the first time in the program's history. Hopkins last made the NCAA Division III tournament in 2008 and was 2-8 all-time in tournament games before this season. JHU's previous best showing was a quarterfinal appearance in 1999.

Hopkins got on the board first on Sunday when senior Megan Ophel tipped in a pass from Abby Birk. The Falcons (20-1) scored twice to take the lead, but the Blue Jays got even with 4:01 to play on a goal by sophomore Michaela Corvi off an assist from Katie McErlean.

Corvi's goal forced overtime, setting the stage for Hillman's game-winner. Hillman intercepted a pass in Messiah's defensive half, resulting in a three-on-two break for Hopkins that culminated in a pass from Maddie Brown-Scherer to Hillman, who collected the ball and fired the game-winning shot inside the far post.

Junior goalkeeper Jody Baris made nine saves for JHU, which advanced to face fourth-ranked Tufts on Saturday at 11 a.m. at Spooky Nook Sports in Manheim, Pennsylvania. Middlebury and Rowan will square off in the other semifinal, with the winners meeting on Sunday at 1 p.m. for the national championship.