Novelist Alice McDermott has been awarded the Prix Femina, France's award for the best foreign novel of the year. McDermott, a professor in the Johns Hopkins Writing Seminars, was recognized for her book The Ninth Hour. 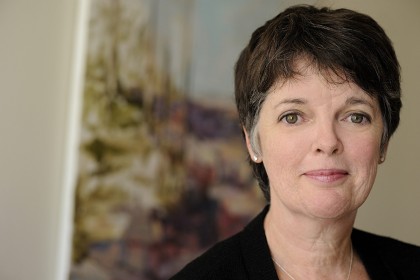 "There were a lot of wonderful books on the list, so I was taken by surprise—pleasantly so," McDermott told Agence France-Presse.

The Ninth Hour follows a group of nursing nuns who care for a poor Irish Catholic community in Brooklyn in the early part of the 20th century. It was included on The New York Times' "100 Notable Books of 2017" list.

McDermott is the author of eight novels, seven of which have been translated into French.

Established in 1904, the Prix Femina is awarded to the best French and foreign novels written by a man or woman. The Femina jury is composed exclusively of women writers and academics. Past winners of the award have included E.M. Forster and Virginia Woolf.