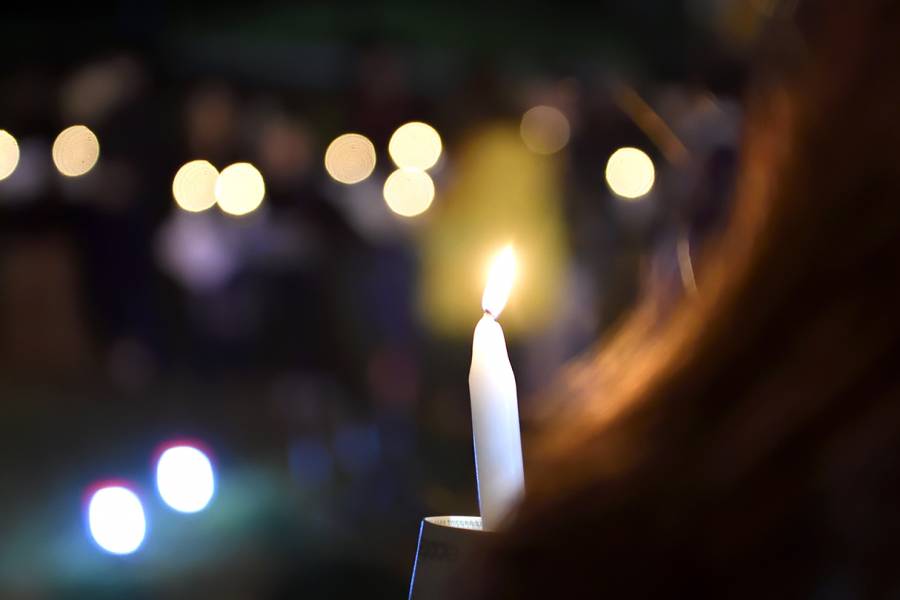 'A prayerful moment' in memory of Pittsburgh victims

More than 100 members of the Johns Hopkins community gathered on The Beach on Monday night for a candlelight vigil honoring the memories of the 11 people killed by a gunman at Tree of Life Synagogue in Pittsburgh on Saturday.

Rabbi Eric Abbott, senior Jewish educator at Johns Hopkins Hillel, said the vigil was organized as a response to the shock and grief he and others felt after hearing news reports of the shooting. 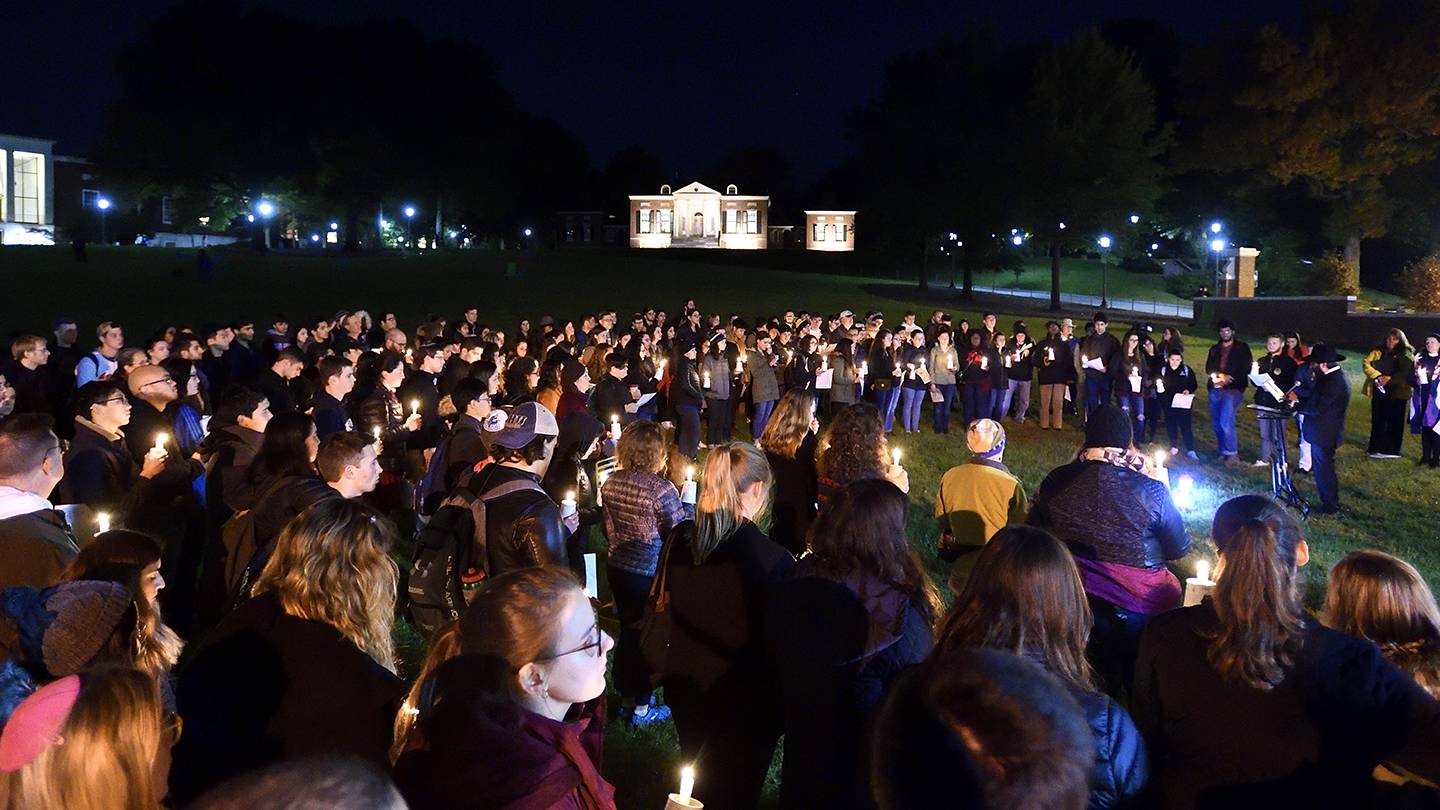 Image caption: More than 100 people gathered on The Beach at Johns Hopkins University on Monday night to honor the 11 people killed at Tree of Life Synagogue in Pittsburgh.

The program came together in two days, with support from staff members at Hopkins Hillel and Campus Ministries. The event included songs of mourning and transitioned to songs of hope, closing with a rendition of Olam Chesed Yibaneh, a hymn written after the terror attacks on Sept. 11, 2001. The song's refrain, translated into English, is "I will build this world from love."

"In the Jewish faith, there's rarely a prayerful moment without music, and there's rarely music that's not prayerful," Abbott said. "They go hand in hand because there's something about music that stirs the soul."

The congregation was joined by Ronald J. Daniels, president of Johns Hopkins University, who briefly addressed the crowd.

"As the president of our community of Johns Hopkins, but also as a member of the Jewish community, I've felt very deeply this sense of vulnerability, of injustice, of tragedy and violence that of course has a particular echo and meaning throughout our community," Daniels said. "When I think about how we make sense of Pittsburgh, it starts first with a firm conviction that we mourn and express our pain at the loss of life, but we also equally remain committed to fully participating in this country. Because community is the bedrock of this country and of the Jewish faith."

William Hill, a sophomore international studies and romance languages major, said he attended the vigil to show solidarity with his Jewish friends.

"For me, it's really important to come out and show my support for my friends here and back home who are Jewish, and also to show support for my values—against hate and violence and in support of love and solidarity," he said. "I was moved to see everyone who came out, and it was emotional, but it's important to say yes, we are grieving, but we're also looking to move forward and heal." 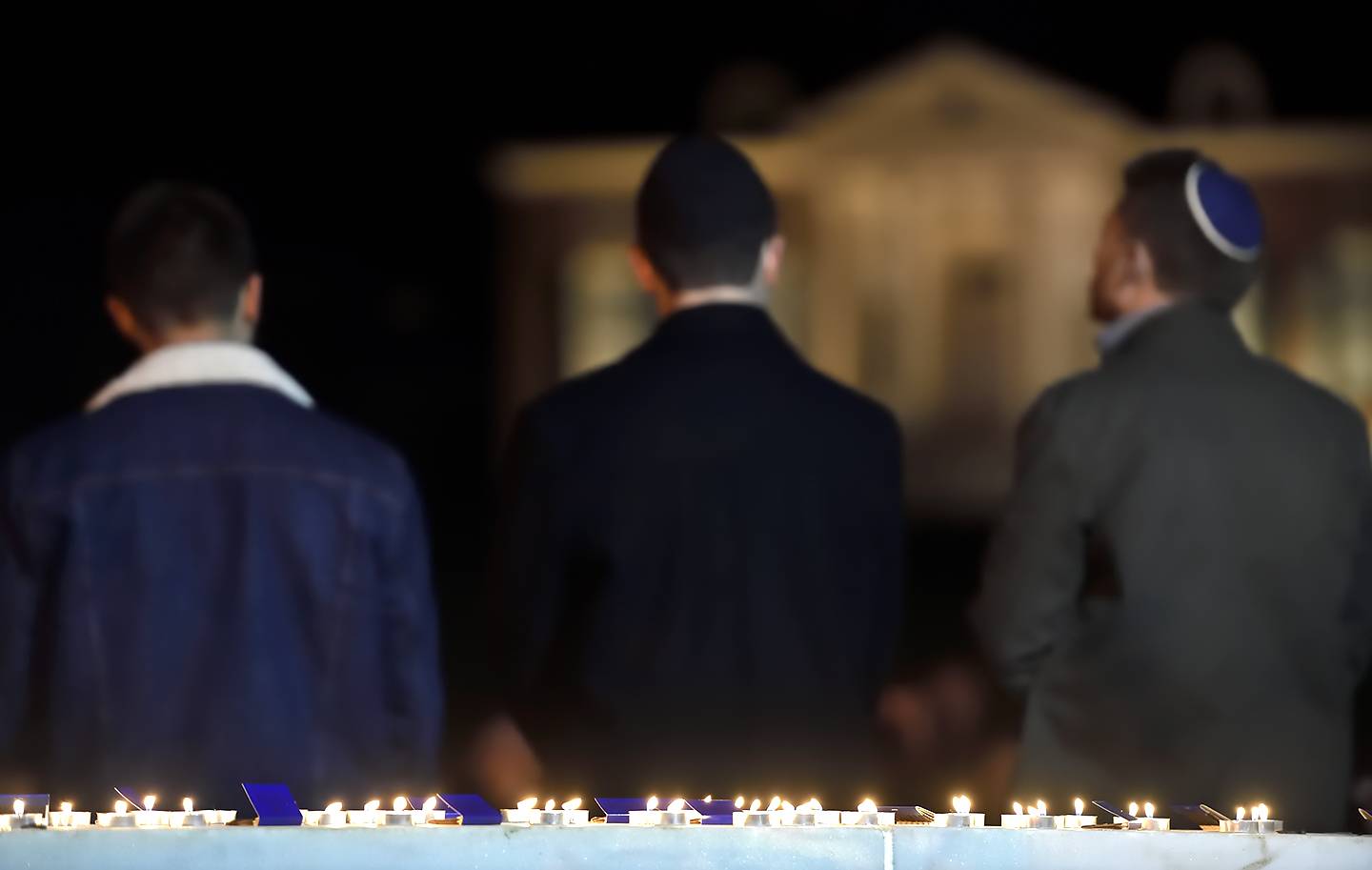 Image caption: The candlelight vigil was organized by Hopkins Hillel and Campus Ministries.