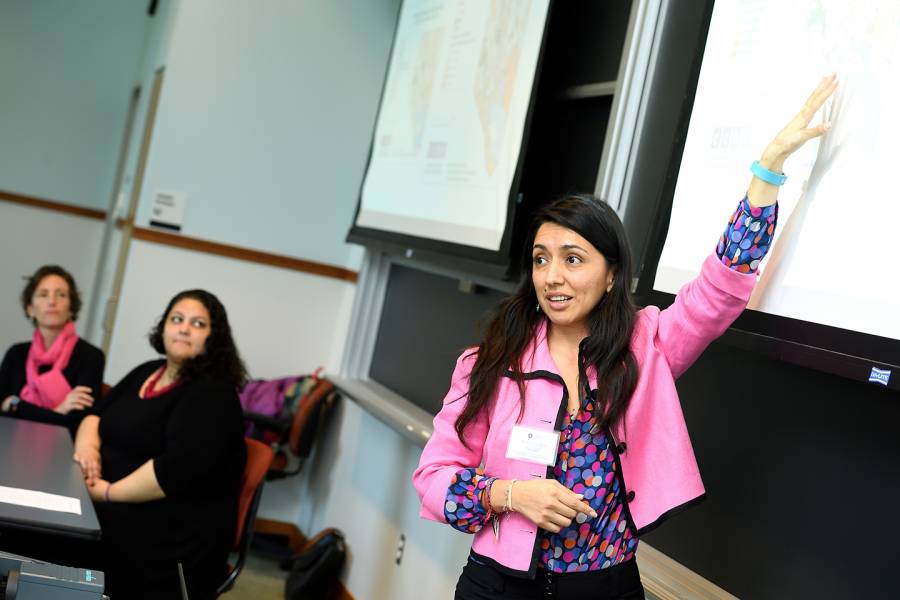 Since January, Isabel Fernandez Abaunza has worked face-to-face with 900 immigrant families entering the children's clinic at the Johns Hopkins Bayview Medical Center. The majority are Latino, and many are undocumented citizens.

Fernandez Abaunza's role is to help these families wade through a complex maze of health care options. For the undocumented, this means finding access to care without the safety net of insurance coverage, and the process is often accompanied by questions and anxiety. In some families, for example, one or both parents are undocumented, while their children are U.S. citizens. Other cases include pending citizenship applications or temporary work statuses.

Bayview's Centro Sol, where Fernandez Abaunza works as an outreach specialist, offers formal resources to assist with these and other issues affecting Latino patients. The center was founded in 2013 by physicians in response to a surge in Baltimore's Latino population.

"We need, as an institution, to be prepared to serve the newcomers," said Centro Sol Executive Director Mónica Guerrero Vázquez at a workshop Friday at Johns Hopkins University's Homewood campus. "Latinos are a dynamic community, but [Bayview] wasn't ready to receive them."

The panel discussion was a part of a full day of workshops and discussions at the university's Diversity and Inclusion Conference, an annual gathering hosted by the Diversity Leadership Council. Centro Sol's workshop—one of 16 total breakout sessions that day—focused on the challenges of bridging the health care gap for Latino families without insurance. 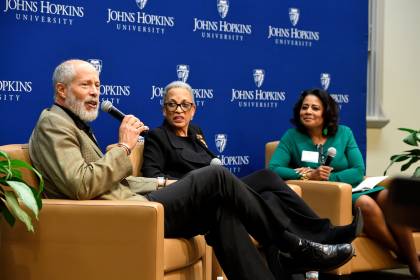 According to Vázquez, the Latino population in Baltimore has grown by more than 130 percent in the past decade, in large part due to the city's strategy of actively welcoming immigrants as a way to help offset population loss. In many cases, undocumented Latinos are hesitant to seek health services to begin with, fearing deportation or other consequences. These anxieties have only increased with recent shifts in federal policy enforcement, Vázquez said.

"There's a lot of fear and trauma that adults and children face," she said. "So mental health is one of the big issues we deal with."

Centro Sol also works on advocacy. Sarah Polk, who works closely with the center as director of the Children's Medical Practice at Bayview, noted that she and other colleagues are pushing for statewide reforms that create easier channels for immigrant families to navigate.

"This is about getting eligible kids access to health care," Polk said.

Later, a roundtable discussion brought together deans from six university academic divisions, along with JHU President Ronald J. Daniels, to discuss best practices and future directions for JHU's Roadmap on Diversity and Inclusion.

This year's Diversity and Inclusion Conference drew more than 450 faculty members, staff members, and students from across the Hopkins community. The Diversity Leadership Council first established the annual fall event in 2004.