Johns Hopkins University has issued its first annual report providing a detailed look at the Office of Institutional Equity's work responding to complaints of sexual misconduct and other forms of discrimination and harassment. It uses data from calendar year 2017 and discusses the outcome of reports received that year, including the time it took to close cases.

"Over the last several years we have been working together to make our university a more equitable place to learn, work, and live—one that is free from discrimination and harassment and fully inclusive of the broadest possible range of people, backgrounds, experiences, and perspectives," said JHU President Ronald J. Daniels and Provost Sunil Kumar in an email to the university community today.

They said that the OIE annual report is one of several efforts to support the work of the JHU Roadmap on Diversity and Inclusion because "meaningful and lasting progress requires us to be comprehensive, persistent, and accountable."

OIE's role is to ensure compliance with equal opportunity and affirmative action laws, investigate discrimination and sexual harassment complaints, and serve as a central resource for those with disabilities or those who require religious accommodation. Information and resources to file a complaint are on the OIE website

"Meaningful and lasting progress requires us to be comprehensive, persistent, and accountable."

In the annual report, OIE states that the 410 reports of misconduct and discrimination received in 2017 represent a notable increase over the 241 reports received the previous year, a trend they say is consistent with the experience of Johns Hopkins' peer institutions. Within that total, 275 reports were related to sexual misconduct, 117 were related to discrimination and harassment against protected classes, and 18 did not fit either of those categories.

"We believe this growth is driven by a greater awareness of OIE's work, by the university education and outreach efforts, and by the decreasing societal stigma around reporting sexual misconduct and discrimination," the OIE team said in the document. "In response to the rise in reports, we have increased the OIE staff to 13 full-time employees (up from seven in 2015). We hired Vice Provost Kimberly D. Hewitt to lead the office in March 2017, and we have grown expenditures of the office by 60 percent."

The document outlines how 256 reports were closed without becoming what OIE calls active cases. Reasons included: not enough information; complainants who did not want to move forward; and situations where OIE did not have authority, such as when a respondent was unknown or not a member of the university community.

Of 154 active cases that began as reports in 2017, 13 were informally resolved, 63 were closed after an assessment, and 78 were formally investigated. The document shares details about the types of complaints, the affiliation of the complainants and the respondents, the investigation process, and the outcomes of cases that were closed during 2017.

The average time to close a case in 2017 was 128 days, with a median time of 105 days. OIE said in the document, "although more than half our cases are closed in four months or less, we recognize the need to streamline the process—including simplifying our reports and adding staff to address concerns about timeliness—while continuing our thorough and deliberate approach."

Another effort led by Hewitt, vice provost of institutional equity, has focused on revising and enhancing the university's General Anti-Harassment Policy, in consultation with members of university leadership, Human Resources, Student Affairs, and the Diversity Leadership Council. A draft, now titled Discrimination and Harassment Policy and Procedures, "proposes modifications to the existing policy and reflects requests from our students and faculty to make our policies more robust and our procedures more clear," Daniels and Kumar wrote in their email.

The university community is invited to provide feedback on the university's policy and document website, and Hewitt will be seeking input from affinity groups on campus, student leadership, and alumni. 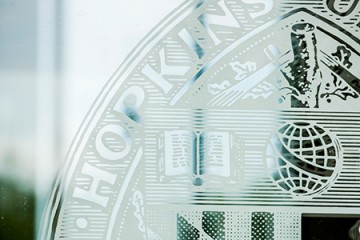 JHU will create statement on diversity, equity, and inclusion

Published Oct 2, 2018
Effort will be led by JHU's chief diversity officer, who will seek feedback from university faculty, staff, and students