Pride of Charles Village: About 250 from Hopkins take part in Baltimore Pride parade

In its 43rd year, Pride parade relocates from Mount Vernon to Charles Village 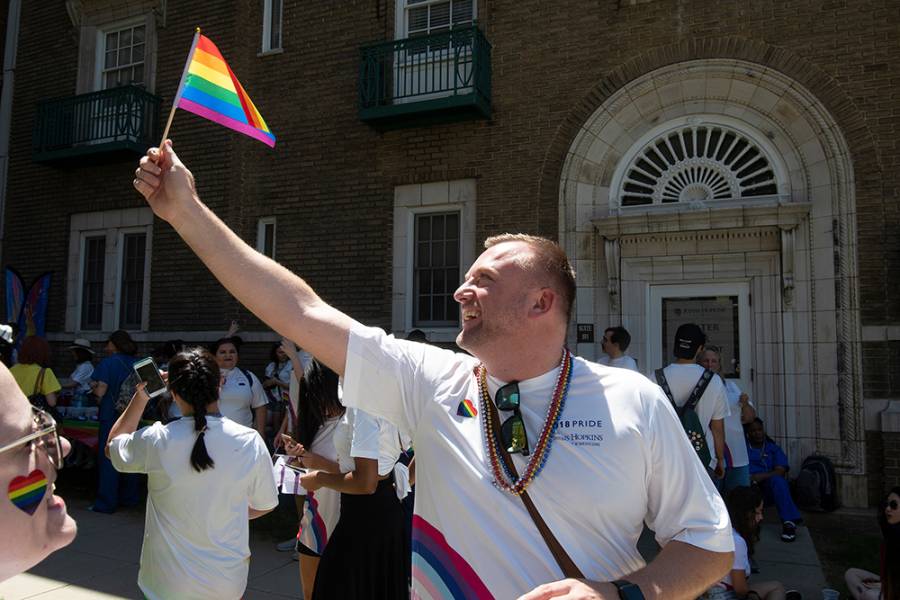 A group of 250 staff, faculty, and students from across the Johns Hopkins community waved a collection of flags and showed off their vibrant and diverse colors Saturday as part of the Baltimore Pride parade.

The parade, in its 43rd year, was relocated this year from Mount Vernon to the Charles Village neighborhood. Thousands of people took part in the parade, which proceeded south on Charles Street from 33rd Street—on the doorstep of JHU's Homewood campus—to North Avenue.

The Hopkins group, which included participants from the university and health system, gathered at the office of LGBTQ Life sporting flags, face paint, and other decorations to rep groups within the LGBTQ community that have been underrepresented in the past—including the transgender, asexual, demisexual, and pansexual communities.

The first 200 registrants received custom-designed T-shirts from LGBTQ Life featuring a screen-printed rainbow adorned with an amalgam of the flags for gay pride, transgender pride, and bisexual pride.

"This is the third year that we have marched as a collective group of the university and medicine communities," said Demere Woolway, director of LGBTQ Life at Hopkins. "It's always wonderful to get a chance to connect across all the different parts of Johns Hopkins."

Members of Johns Hopkins also participated in the Pride festival that took place in Druid Hill Park on Saturday and Sunday. The REACH initiative at the Johns Hopkins School of Nursing set up a booth to raise awareness of pre-exposure prophylaxis, or PrEP, a medication regimen that prevents HIV infection in at-risk populations before it happens. 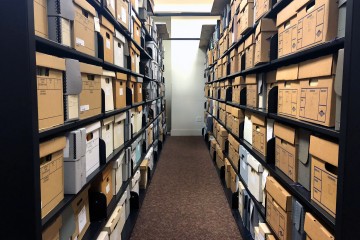 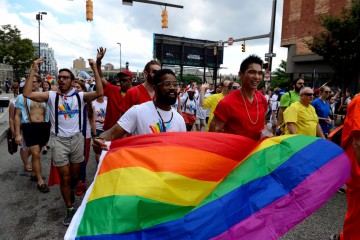