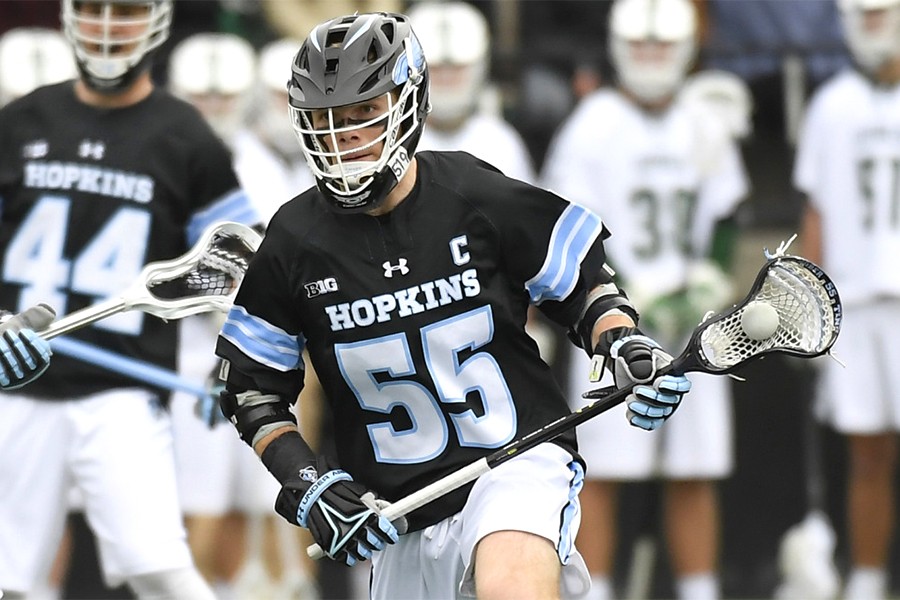 Image caption: Johns Hopkins senior midfielder earned first-team USILA All-America honors after a season in which he scored 21 goals and notched 32 assists, equaling the school single-season record for assists by a midfielder.

Tinney, who earned third-team All-America honors as a freshman in 2015 and second-team honors in 2017, finished second on the team in assists (32), tied for second in points (53), and third in goals (21) this season. His 32 assists equaled the school single-season record for assists by a midfielder.

Tinney's selection boosts JHU's national record of first-time All-Americans to 184 since the team was first selected in 1922.

Foley earned All-America honors for the first time his career after a season in which he totaled one goal, 30 ground balls, and 14 caused turnovers while regularly covering the opposition's top attackman. In fact, of the 11 attackmen who earned first-, second-, or third-team honors, Foley was matched against six of them during the 2018 season. This is the eighth consecutive year in which a Hopkins defensive player has earned All-America honors.

Stanwick made the honorable mention list for the third consecutive year after a season in which he totaled a team-best 35 assists and 18 goals. Marr had his best season with the Blue Jays, leading the team with 41 goals to go with 17 assists. Williams wrapped up his first season as a starter with 35 goals and 14 assists.