About 1,500 students claimed their degrees today at Johns Hopkins University's commencement ceremony for all divisions and campuses at Baltimore's Royal Farms Arena. 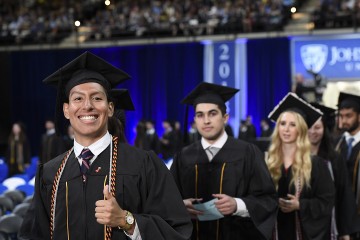 Lawyer and social justice activist Bryan A. Stevenson, who founded an organization that has helped more than 125 wrongly condemned people on death row, delivered the commencement address. He was also among six honorary degree recipients at the event. 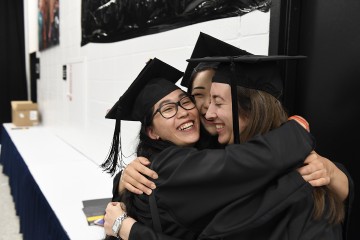 Hopkins celebrates the Class of 2018

Published May 24, 2018
About 1,500 students claimed their degrees at the commencement ceremony for all JHU divisions and campuses