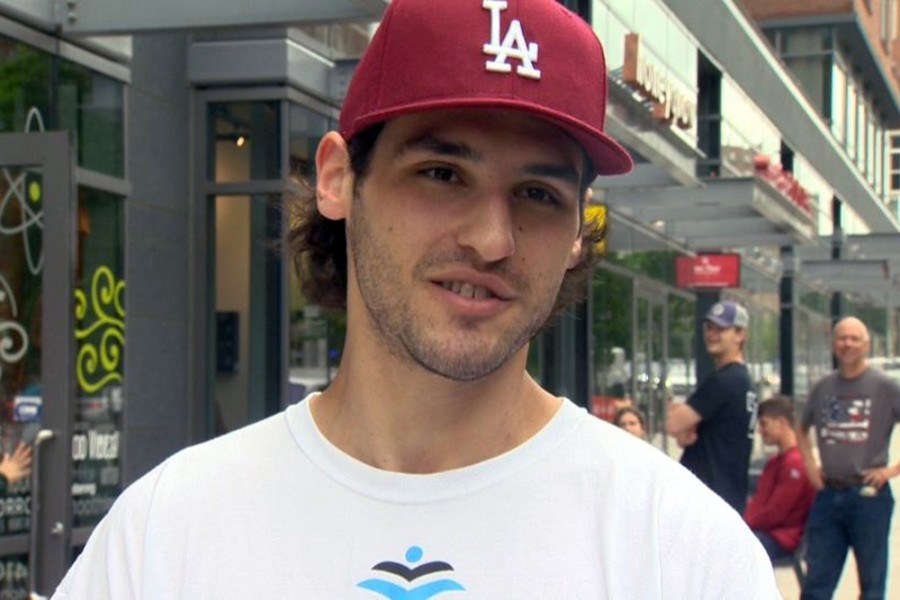 While grabbing a bagel on St. Paul Street near the university's Homewood campus on Friday, Bruno noticed smoke spilling out of an SUV parked on the street. A woman exited the bagel shop, shouting that the car was hers and that her dog was trapped inside. She implored bystanders to help her.

"There was a split second where I was, 'This is a burning car,'" Bruno told the WBAL TV 11. "There was a lot of smoke, flames. Can't see really well. It was scary."

Still, he jumped into action, rushing the burning vehicle and opening a door to pull the dog—a large, scruffy mixed breed, he said—to safety. He says it's likely his love of dogs—and the focus he learned on the lacrosse field—that caused him to react so quickly.

"I wouldn't have been able to sit back and let it happen," he said.