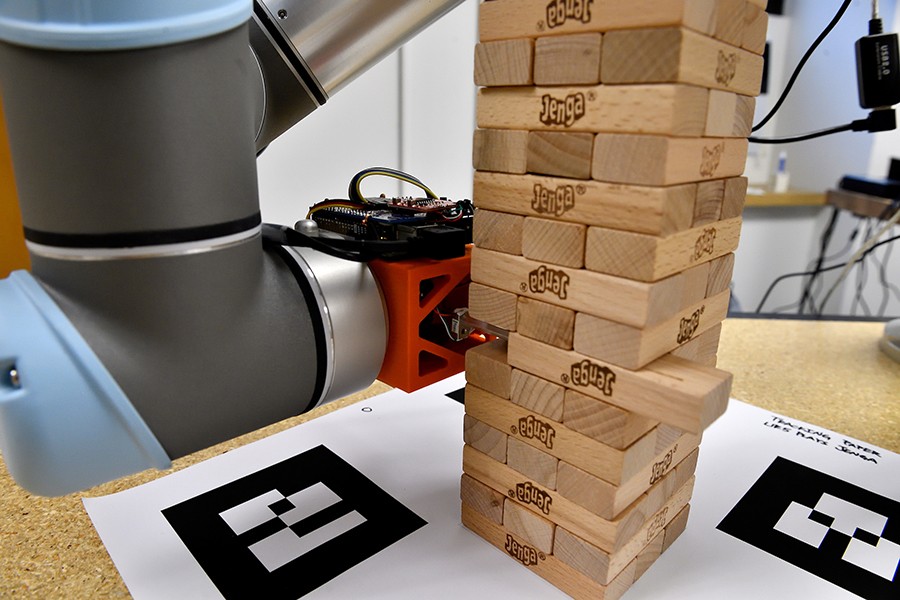 Image caption: A robot removes a Jenga game piece after using delicate sensors to see which blocks are loose

At the Johns Hopkins Whiting School of Engineering, you'll find robots that assist in surgeries, help with search and rescue missions, explore outer space, and play popular games like Connect 4 and Jenga.

Last week, students in the graduate-level Robot Systems Programming course showcased robotics projects in demonstrations at the Homewood campus. Students designed, built, and programmed robot systems that can perform a variety of tasks, including self-driving cars and flying drones. Even the game-playing robots showcased skills that have important applications for modern technology.

"There are many jobs that will require a robot to do the same thing repetitively ... jobs that require coordination, dexterity and strategy—just like Jenga."
Chia-Hung Lin

"There are many jobs that will require a robot to do the same thing repetitively. Take a welding job—a robot will need to perform the welding job the same way every time. These are jobs that require coordination, dexterity and strategy—just like Jenga," Lin said.

Lin's robot first visually scans the position of the Jenga tower with a camera and a laser rangefinder. Then, it touches the individual Jenga game blocks with a delicate force sensor, determines the best move, and executes it—all in under 60 seconds. One of the most challenging aspects of his design was giving the robot the ability to change its grip on a game block—as humans can easily do—when executing moves required by the game. Lin's solution? He programmed the robot to drop the block into a special parts feeder that Lin designed, from which the robot can pick up the block, now perfectly positioned in its gripper, to be placed on the top of the Jenga tower. 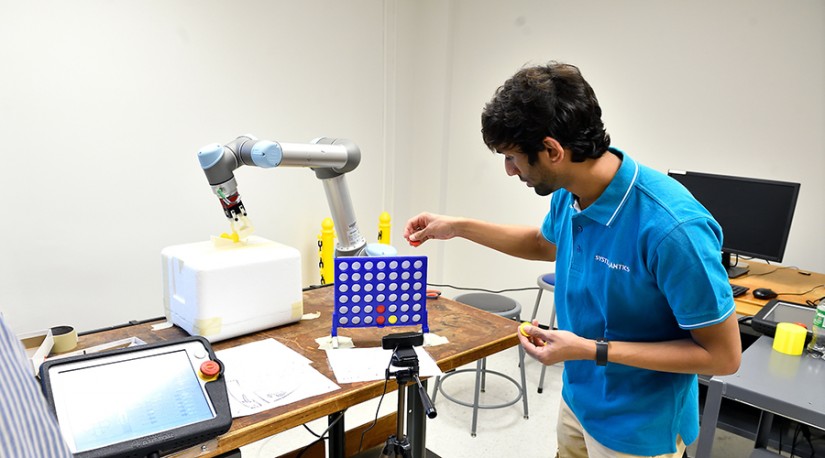 Prasad Vagdargi and Aalap Shah, both first-year graduate students in robotics, merged their backgrounds in mechanical engineering and computer science, respectively, to build a robot that plays (and always wins) the game Connect 4.

"We built a computer vision algorithm to understand the state of the board and detect certain colors so the robot can recognize the different game pieces. Then, the artificial intelligence component helps the robot plan the best move. Finally, we had to figure out the mechanics of getting the robot arm to execute the correct move," said Shah.

The pair's biggest challenge? "Everything ran in simulation, but nothing seemed to run in reality," said Vagdargi. But setbacks didn't slow the team. During the final demo, the clever robot beat Shah in just a few minutes.

According to Louis Whitcomb, professor of mechanical engineering who created and has taught the course for five years, this year's cohort is the largest and most diverse he has ever had. The class included both graduate and undergraduate students from mechanical engineering as well as the Whiting School's robotics master's program. 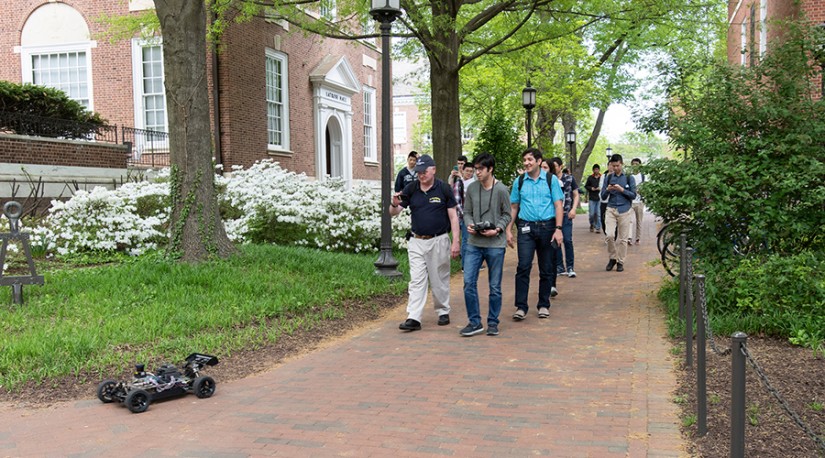 Image caption: Students were tasked with building robots capable of two tasks, one of which must be performed automatically, such as performing a collision-free lap of Latrobe Hall

A unique aspect of the course is that each student is given their own self-balancing EduMIP mobile educational robot at the beginning of the semester. "Students learn to program a robot that they can work with at home or on-campus, and carry it around in their backpack with them," said Whitcomb.

For final projects, students were challenged to build a full-scale robotics system that performs at least two tasks, one of which must be done autonomously. In addition to robotic arms, students worked with drones, model robotics electric cars, and Turtlebots, which are personal robotics systems equipped with open source software. One team demonstrated a Turtlebot they had mounted with a small camera to recognize people and objects such as stop signs. Another team programmed a self-driving car that autonomously navigates a collision-free path around Latrobe Hall and through the halls of Hackerman Hall.

This year, one team will even get the chance to demo their project on the international stage. Ruiqing Yin, Junjie Pan, and Yuxiang Gao will take their autonomous AI robot to Brisbane, Australia, later this month to compete in the ICRA 2018 DJI RoboMaster AI Challenge. Selected as one of 22 student teams from around the world, the JHU team will compete with a robot with various capabilities like enemy perception, localization and navigation, and the ability to launch a projectile toward other robotics at speeds of up to 20 meters per second. Yin, a first-year master's student in robotics, hopes the RoboMaster challenge will lay the groundwork for a competitive student robotics team at Hopkins.

"Many students who take this course have taken already taken courses in machine learning and computer vision, so they understand these concepts. But they often don't get to turn that knowledge into real-world practice. These independent projects allow the students to take those ideas and turn them into something real and impactful," says Whitcomb. 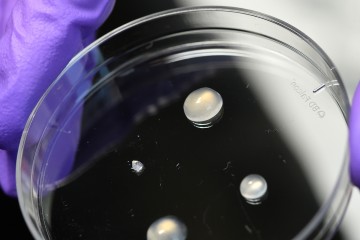 Published May 7, 2018
More than 100 student design projects from all nine School of Engineering departments will be on display