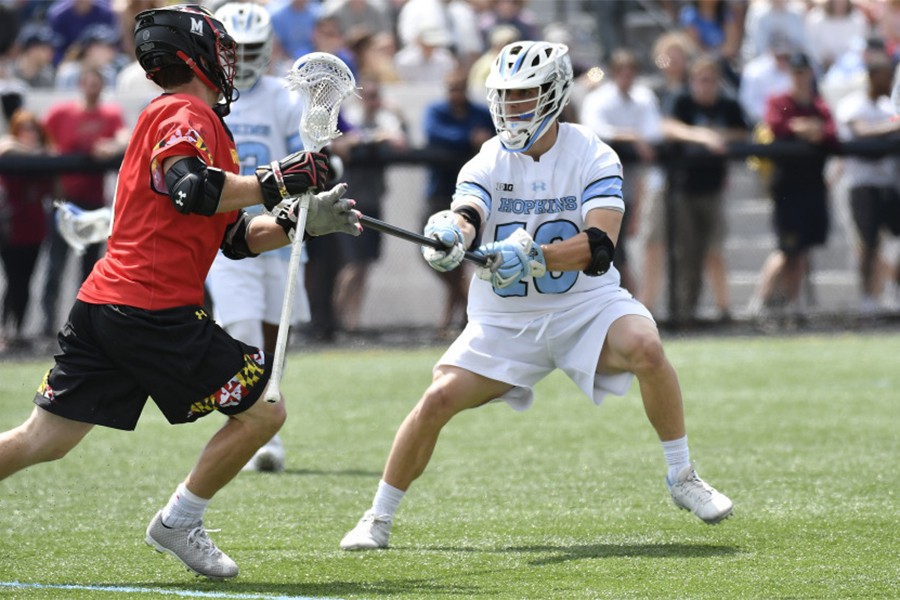 It was heartbreak at Homewood Field for the Johns Hopkins men's lacrosse team on Saturday afternoon as visiting Maryland rallied late in regulation to force extra time, then scored in the third overtime to escape with an 8-7 win in front of an overflow crowd of 10,388 at JHU's home field.

Will Snider wins it in Triple OT for @TerpsMLax. What a game! pic.twitter.com/qjnGuKaEho

The game marked the 116th meeting between the two rivals since 1895 and was the first to go to three overtimes. With the win, Maryland secured the Big Ten Conference's regular-season title—its fourth in a row—and the top seed in next weekend's league tournament.

A strike from Hopkins freshman Connor DeSimone just 57 seconds into the third quarter jumpstarted a 5-2 second-half scoring run for Blue Jays. Joel Tinney and Alex Concannon each had a pair of goals for JHU, and goalkeeper Brock Turnbaugh finished with eight saves. Complete box score

Despite the loss, Hopkins earned the No. 2 seed in the Big Ten tournament and will face Ohio State in the semifinals on Thursday at Michigan at 7:30 p.m. The winner will advance to Saturday's championship game to face the winner of a semifinal matchup between Maryland and No. 4 seed Rutgers. All tournament games will be televised on the Big Ten Network.