Born Moniek Rozen in 1922, Rosen immigrated to the U.S. in 1949 and became a prominent collector of Holocaust artifacts 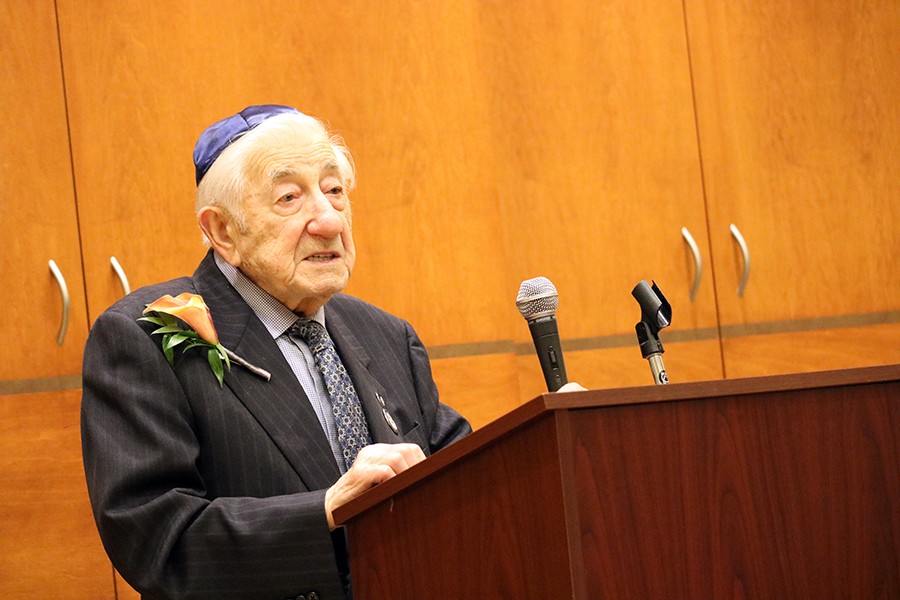 When Holocaust survivor Morris Rosen was first transported to a concentration camp, the barracks were brand new—so new, in fact, that the Jewish prisoners, clad only in thin cotton pajamas, were forced to wait outside in the cold for the concrete floors to finish curing.

During a talk at Johns Hopkins University on Wednesday night, Rosen remembered what he had considered to be a stroke of luck at the time of his internment: he noticed a scrap of paper from a package of concrete mix. He tore off a piece, he said, and wore it between his pajamas and his skin, insulating himself against the Polish winter wind.

"We stood for so many hours, and finally they said, 'You can go into the camp.' It was still wet, the floor," he recalled.

Born Moniek Rozen on Nov. 10, 1922, in Czestochowa, Poland, he is a public speaker and Holocaust Museum volunteer who regularly shares his memories about his experiences under Nazi rule in Poland. Rosen spoke at Hopkins Hillel as part of a series of special events sponsored by the Jewish Students Association.

"There's a really active Jewish community in Baltimore, and there are a lot of resources at the university, so it made sense to bring such a prominent speaker to campus," said junior Adam Krieger, Shabbat and holidays chair of the JSA. 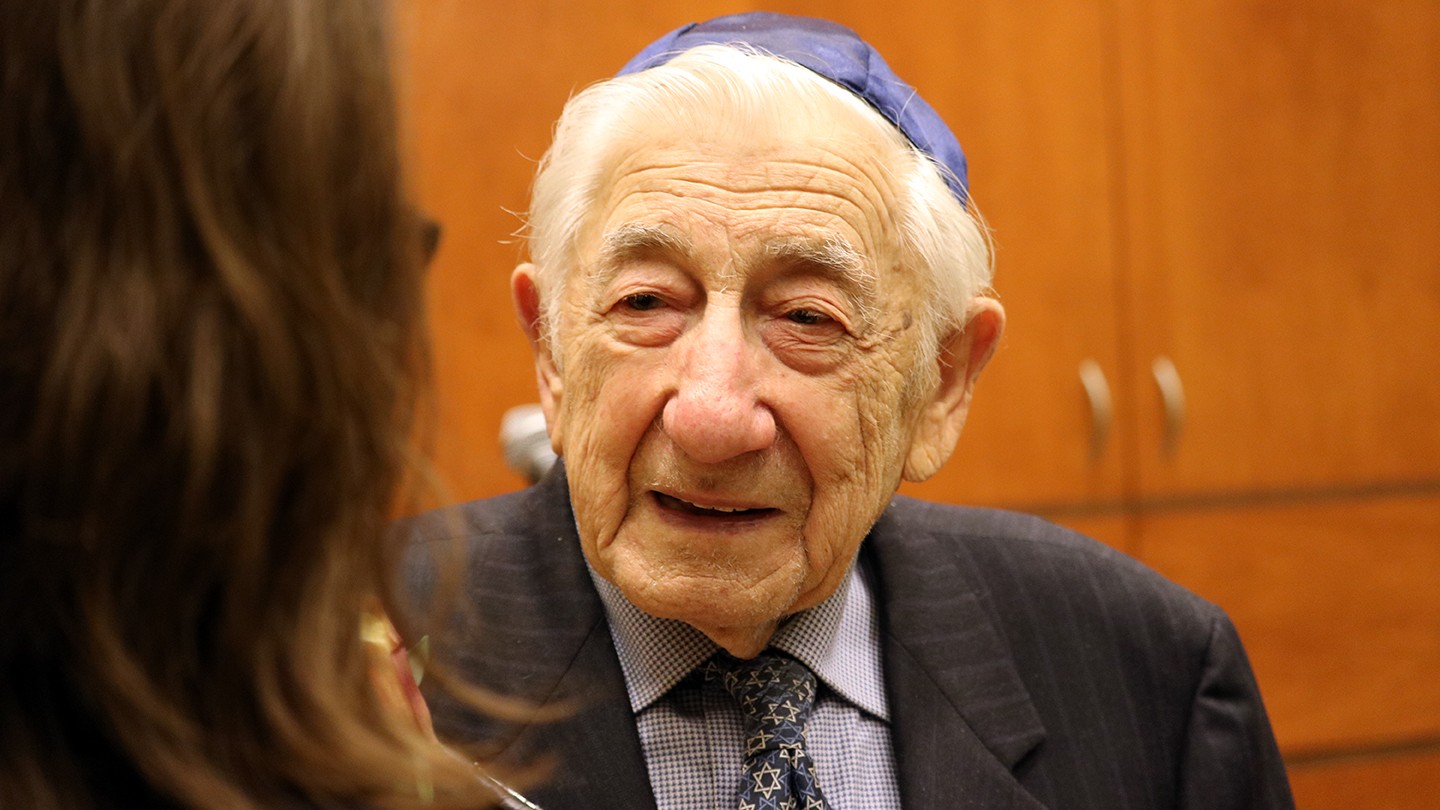 Despite his 95 years and small stature, Rosen commanded the room and spoke freely and without notes.

"The 12 years that the Nazis ruled was the darkest chapter in mankind's history," he said. "It's more than 6 million Jews who were killed—because they weren't just killed by the Germans but also by [Nazi sympathizers]. Hanging and killing went on all day long. If I talked a whole week, it still wouldn't be enough because I remember everything."

In his early 20s, Rosen survived imprisonment at a series of labor camps and concentration camps, most notably Buchenwald, where scholars estimate as many as 56,000 people were killed. When he arrived there, he recalled seeing the prisoners appearing like "movie monsters." He said, "they had only bones and skin on them; I didn't know what kind of people are they."

"I said 'So far, I am lucky. I go where my luck is. Maybe God leads me there that I should survive.'"
Morris Rosen

He soon discovered that the camps had strictly rationed the food, limiting a prisoner's intake to 600 calories a day. There was also rampant disease and abuse. Rosen said he considered himself lucky to be assigned work duty as a painter, because being regularly exposed to the fresh air, no matter how cold, kept his lungs healthy. He said he also became a favorite of two German secretaries, who brought him food that kept him nourished.

He made several references throughout the talk of small acts of kindness some Germans showed him, usually relating to food. To Rosen, two rolls, some cheese, and two hard-boiled eggs in the camp was a feast, and "one secretary, she had a sandwich and she put in my pocket this sandwich—so it was not all bad." This habit, conscious or not, suggested that in times of great brutality and trauma, showing even the slightest human decency could make an indelible mark on another person.

From Buchenwald, Rosen was sent to the Theresienstadt ghetto. He described nine days on a train without food or water.

"They wanted to kill us with no bullets," he said.

During one stop during the trip, he encountered a boy who had been his neighbor in his hometown and was now masquerading as a Polish civilian, hiding his Jewish heritage.

"'Come with me,' he said, 'I'm with the Poles and they don't know that I'm Jewish, you'll survive,'" Rosen recalled. "But I said 'So far, I am lucky. I go where my luck is. Maybe God leads me there that I should survive.'"

Eventually the boy was among the Polish citizens to be killed by Germans, Rosen said.

Rosen was eventually liberated by Soviet troops and reunited with his surviving family members. His parents and two brothers, however, had died. In 1949 he immigrated to the U.S., where he studied interior design at the Maryland Institute College of Art. He became a prominent collector of Holocaust artifacts, obtaining thousands of letters from concentration camps and other ephemera from Jewish ghettoes and camps.

For the past 28 years, he has been a dedicated volunteer at the U.S. Holocaust Museum in Washington, D.C. He said he serves the museum to honor the memories of his brothers.

What kept him alive, when so many had died, had been his faith, he said, as well as an unshakeable willpower and dignity.

"They called us the untermensch—subhuman," he said. "And I always told them, even if they killed me, 'You are subhuman, not me. You are subhuman the way you treat people.' I was very arrogant, believe me. But I had my pride, that's all."