Chelsea Manning: 'The objective is to do something' 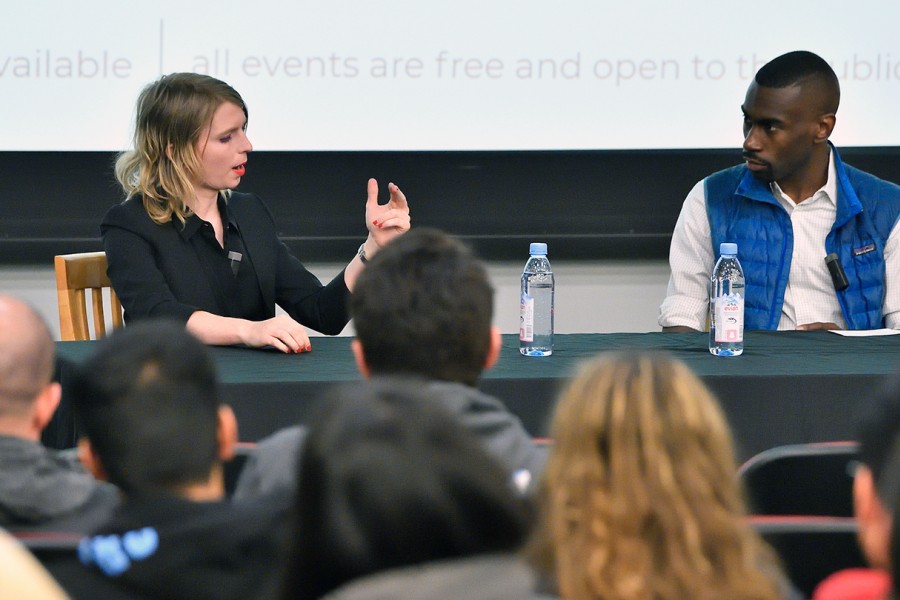 "There are lot of people who feel strongly about you—and that's an understatement," said Mckesson, who moderated the talk as part of the Foreign Affairs Symposium. "They either feel that you're a hero, or a traitor. How do you think about that?"

"I stick to being myself because that's what I'm good at. Words like hero, or criminal, or traitor—they just feel like words someone else uses."
Chelsea Manning

"I don't. I stick to being myself because that's what I'm good at," she said. "Words like hero, or criminal, or traitor—they just feel like words someone else uses."

Manning may not use such words to describe herself, but she remains one of America's more polarizing public figures. As an intelligence analyst for the U.S. Army, she leaked nearly 750,000 classified and sensitive military and diplomatic documents to the website WikiLeaks in 2010. Later that year, Manning was arrested and charged with violating the Uniform Code of Military Justice and the Espionage Act for leaking the documents. She was convicted of 17 charges—notably, she was acquitted of the charge of aiding the enemy—and sentenced to 35 years in prison. Her sentence was commuted by President Barack Obama in January 2017, and she was released the following May. Since her release, Manning, who is transgender, has been an outspoken activist for transgender rights and is currently running for the U.S. Senate in Maryland.

Throughout her talk, which was organized and planned by Johns Hopkins students, Manning made several comments indicating that she had felt a moral obligation to make public the military documents she had come across as a soldier.

"The objective is to do something," she explained of her decision to leak the information. "It was more about making this thing happen—getting the information out there." 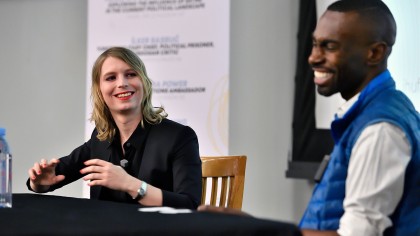 Mckesson pointed out that these agencies are charged with protecting American citizens.

"Bullshit," Manning said. "They don't keep anyone safe, and in fact they cause domestic harm. We go into a foreign country, learn about these tools and techniques and weapons we can use in an occupied country, and then we come back and give them to cops in the U.S. There's this boomerang effect where we engage in Iraq or Afghanistan, but when we come back, [we bring the] counterinsurgency mindset."

During a question and answer session, a student asked her what advice she would give to activists.

"You can't ask a system to stop failing; you have to start doing things outside the norm, outside the process. I feel like I did something a lot like that," she said. "There's risk involved any time you step outside the norm … but institutions fail—and they are failing now. And the sooner we learn that, the better."

Mckesson asked if Manning would change her tune should she be elected to Congress. 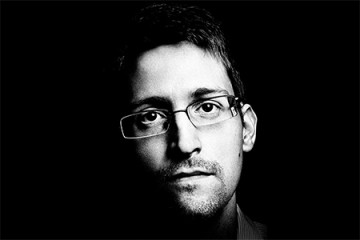 Snowden: 'It's about the world we want to live in'